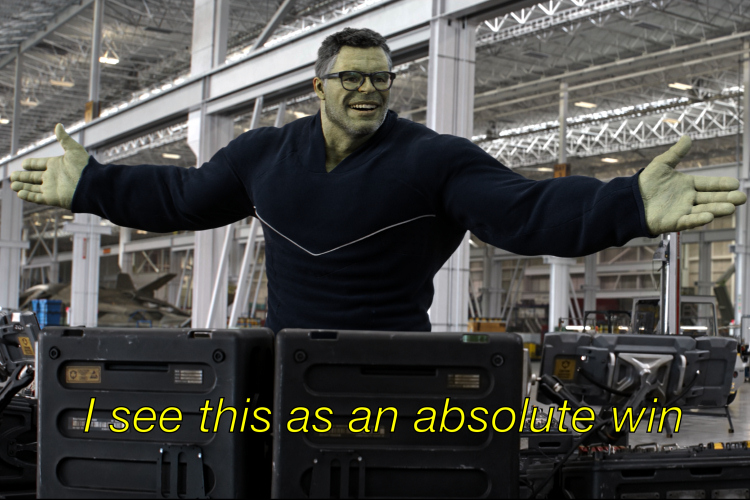 Who would've thought 2019 would've been as hectic and lackluster as 2018? The dumpster fire that is politics, cancel culture absurdity, and hopelessness in the news inspired me to highlight some moments that helped me feel like last year wasn't a waste. Similarly, even though this year was still ablaze, I managed to stay sane for the most part. But not without a lot of help. Here are a few reasons why. How did you manage to stay sane this year? Let me know in the comments below!


This post contains spoilers for Avengers: Endgame - read at your own risk.

Shut Up and Dance, One Foot, Anna Sun, I honestly didn't know how many songs I've always loved by Walk The Moon, and never figured out they were from the same band. I don't even know how I fell down a rabbit hole of their music this year. But I LOVE their support for the LGBTQ community, every freakin' cover song they make is amazing, they are so good live (from what I've seen on YouTube, and I've watched everything) and how can you not love Nicholas? GAH.

Would I Lie To You?

Would I Lie To You? would be at the top of the list of random channels YouTube has recommended. It's a simple game show where two sets of panelists led by David Mitchell and Lee Mack reveal bizarre confessions. And, the opposing team asks questions to decide whether a panelist's story is true or a lie based on their answers. The stories are funny, but the questioning by the guests, especially Mitchell and Mack, is what makes the show worth it. If the confession is a lie, the guests were really on their toes making up answers to cover their tracks. I wish the U.S. had as much sharp and dry wit as they do. The above video is the first one that YouTube recommended, and the results genuinely shocked me.

While I made graphics for customers on Etsy for five years, I hadn't designed a business-related graphic for someone before. Rebecca from Almost Ginger hired me to create her logo. We had a lot of fun working on different versions, and it was a project that kept me feeling creatively healthy for a few months. We both loved the end results too. I'm glad hiring me didn't turn out to be a huge mistake. lol

This was the first album release I was apart of as a 'new' fan of Taylor Swift, and it was a rollercoaster ride. There were highs: theories, easter egg hunting, talking with fans on reddit, finally buying the album in person. There were lows: theories and easter eggs not panning out at all, disastrous graphic design choices made on the merch (that made my eyes bleed), the international tour dates announcements (almost none in the U.S.). The long wait was worth it, but there moments of feeling whelmed. It's still an album I listen to regularly (just ask my Spotify), but not as much as Reputation. I truly look forward to vicariously attending the tour on social media next summer.


#NowWatching Game of Thrones. I'm going to save myself some time and not get attached to any of these characters because they're all gonna die.
— Katy Rochelle (@katyrochelle) June 29, 2018

D&D shouldn't be touching this post with a ten foot pole, but after - Jessica Jones, Star Wars, It: Chapter Two, and Marvel's Infinity War saga coming to an end and not the best ways imaginable, I still reflect on how much fun I had live-tweeting this series. I'm bound to watch it again too since a) I won't be binge-watching it all in two months and everything going by in a blur, and b) the pain of knowing what happens won't hurt as much. Who would've thought GoT was child's play compared to other fandoms?

One afternoon watching IT gave way to binge-reading the book in a matter of weeks, making Georgie's boat when Hurricane Dorian hit, and then being utterly disappointed by IT: Chapter 2. So yes, it was an eventual summer of dressing up like a clown. 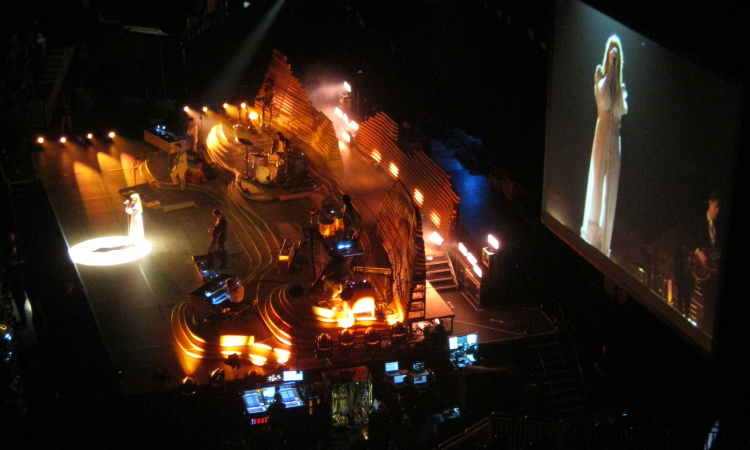 After last summer's 'losing to win Taylor Swift tickets' saga, I thought radio contests were rigged. Low and behold, my sister and I were running errands, called in for fun, and won to see Florence and the Machine. We saw her a few years ago, and of course, wanted to see her again, but the tickets for her latest tour were shockingly expensive. We figured we miss her this time, but then everything worked out in our favor. Dream big, kids. 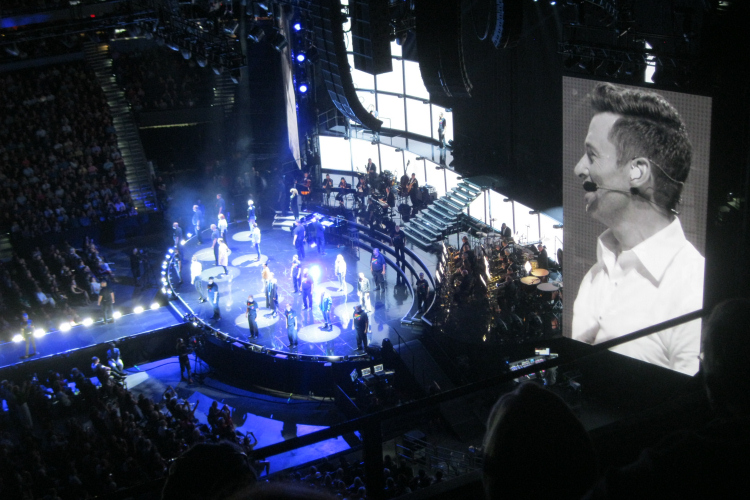 Not even over-exaggerating, I was literally at death's door with whatever bronchitis-laryngitis-flu-from hell I got two days before our trip to see Hugh Jackman's show. If that's how I was making my grand exit, watching him dance and sing his little ass off for two hours wouldn't be necessarily bad.

We lost all of the amazing beards from 2018. Ryan Gosling still hasn't announced a new project since First Man was released. I needed some reasons to not fall for this Scottish Snack, and no one gave me any. So, well done, universe, you win...and so do my hormones. HE'S *sigh* the cutest.

I honestly did not see Steve surviving in Endgame, let alone going back to Peggy. Thank the Marvel Gods, this paid off for me 'cause I don't know where I'd be fandom-wise this year. It's been a long, long time in my fandoms for something as great as this to have happened. It made 2019 worthy 3000.

Email ThisBlogThis!Share to TwitterShare to FacebookShare to Pinterest
Labels: 2019, about me, lists, personal