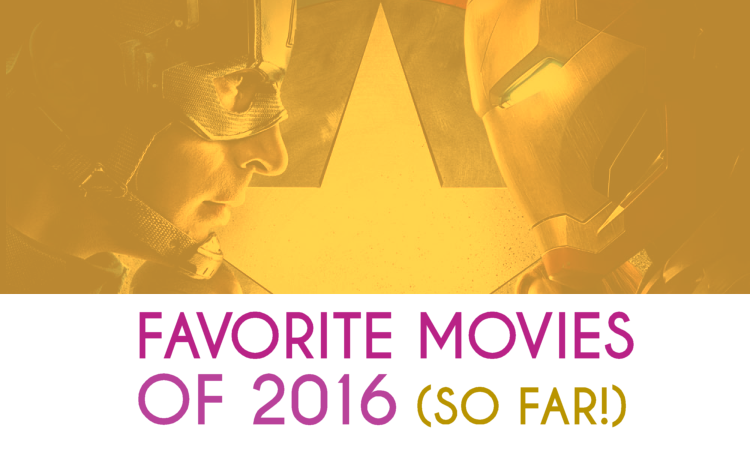 It's hard to believe half of the year is gone! A lot of great movies hit the theaters with a bang leaving an impression on fans and critics alike. Not to mention raking in the dough. With so many great films that have come out this year and many more to come, who will lead the box office for 2016?

I just couldn't help thinking about hitting the half-way mark and what were knock-out favorites of the these first sixth months. Looking back my picks, they include Critic Approved, Box Office Smash/Disaster, or well-loved by all.

Which movies have been the most memorable, action-packed, heartwarming, and entertaining so far for you? It's tough to predict but what movies for the rest of the year will be definite crowd-pleasers, but Suicide Squad seems like a definite Yes? Yes.

What were your faves for 2016 so far? Feel free to share below! 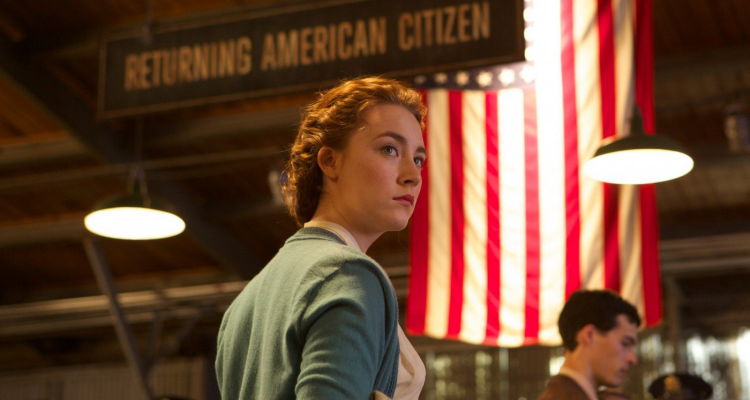 A young Irish girl Eilis immigrates to the United States, and her heart is divided between a new home of Brooklyn and her old roots. My heart goes out to this movie so much. Saorise's performance and the eye-popping gorgeous direction makes this one of my all-time favorites, not just 2016.

Yes, this came out sometime last year just in time for Oscar season (but I saw it in January, soooo), and it was definitely worth it's weight in gold. The movie garnered three nominations, including Best Director, Best Picture, and Best Actress. After award show season hype has wavered, there are certain movies whose Oscar bait becomes pretty obvious while others will just remain classics well into the future. Brooklyn is definitely the latter. 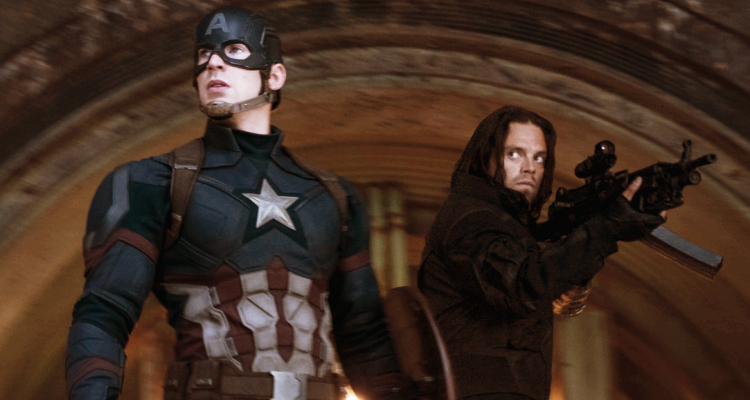 I couldn't stop raving about this one, and neither could critics and movie goers. A huge fork crashes smack down into Roger and the Avengers's road when Tony Stark and the United Nations want to enforce an accords which controls their missions.

Talk about the movie of the summer before the summer even officially kicked off. The Russo Brothers carries Captain America's final individual installment over the finishing line with a bang; an action-packed, feels-heavy bang. It's hard to even watch the first two Captain America movies without wanting to dive right into the third one again and again. 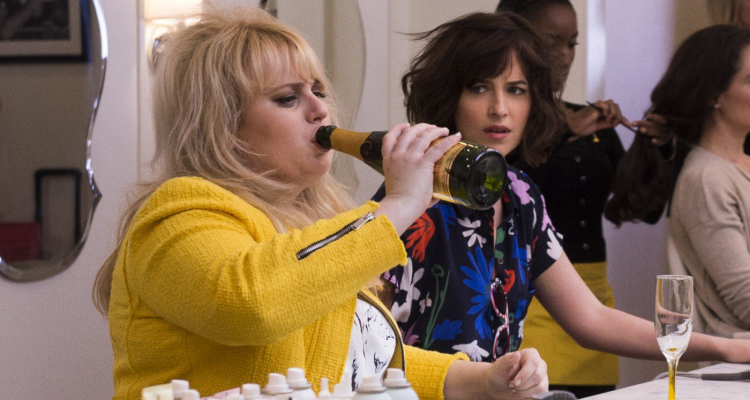 How To Be Single

Replacing the usual romantic comedy where two love-sick characters force themselves into finding true love because of Plot, How To Be Single attempts to do the opposite but doesn't succeed. Alice takes a break from her long-term relationship to try to find out who she is on her own. It's admirable (???) but she ends up taking ill-advice from other single people trying not to be single or mastering a life without romantic attachments, and the whole thing ends up being a mess.

LIKE A BIG HOT MESS, mostly because the movie doesn't click until the very end. That being said, I really like the cast and some of it is pretty funny. Surely, if the script was more polished, it could've been a bigger success and I could recommend this one more....but it's become one of those movies that I am regularly in the mood to watch and don't really know why.

Pride and Prejudice and Zombies

Love. Adventure. Kick-Ass heroines. Maybe the world is over it's zombie-obsession, but the updated twist of Jane Austen's classic novel is so much fun!! Elizabeth Bennett and Mr Darcy ward off their own pride and prejudice as the undead dominate the world.

If there was one movie I wished didn't bomb at the box office and with critics this year, it's definitely Pride and Prejudice and Zombies. There was so much room for another installment and I can't imagine how the story would've awesomely moved forward. Myself, and some fans, will just have to enjoy this one on it's own. AND PRAY FOR A SEQUEL.
at July 08, 2016 No comments:

Best and Favorite Films of 2015 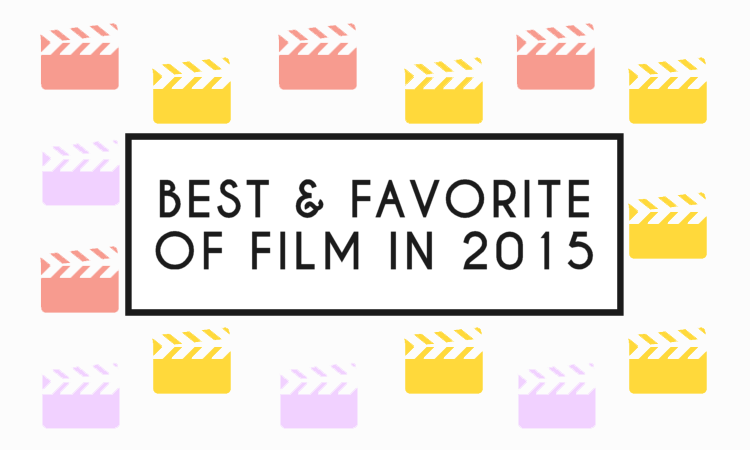 2015 will be over tomorrow night, and blimey - it was an interesting and fun year! Even though I didn't make it to the theaters as much as I wanted to, my watch count managed to get up to a decent forty-one! I'd love to see if I can beat this total next year.

Thist list of Best and Favorite Films of 2015 is a hodge-podge of categories. It's really a mix of people, characters and movies that I fell in love with over the year. Some movies from the past few years were new to me, so they've been included alongside movies released this year too.


There's not a lot of spoilers throughout this post except for the category Favorite Hero (Crimson Peak) and Best Supporting Actress (The Hateful Eight). Read at your own risk!

I hope you enjoy my personal picks of favorites and best of 2015! Hope you have a cinematastic 2016!

Television in 2015 was filled with brilliant and not-so-great moments. I'm truly surprised by how many fandoms I was apart of since I didn't consider myself that much of a tv hog. Categories & winners for the absolute worst, personal favorites, and best from the series I watched have been compiled below. There are plenty of spoilers ahead for the following shows: Doctor Who, Once Upon A Time, The X-Files, Scandal, The Strain, The Walking Dead - to say the least. Please proceed with caution, and I hope you enjoy!

Email ThisBlogThis!Share to TwitterShare to FacebookShare to Pinterest
Labels: fargo, favorites, once upon a time, scandal, television shows, the strain, the walking dead, the x-files 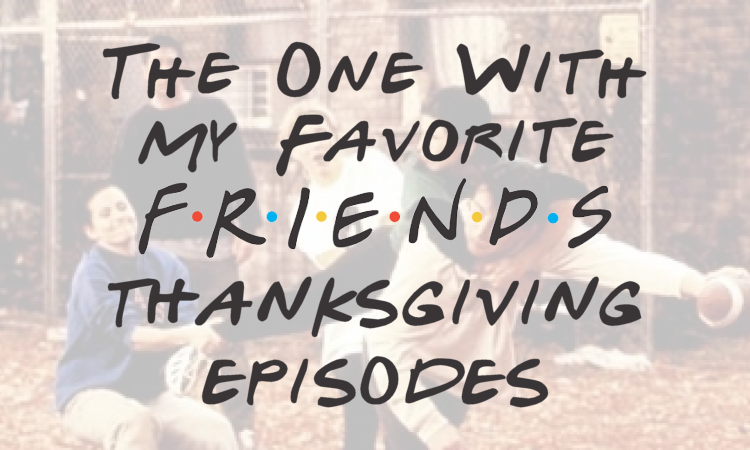 The red carpet season has come and gone, my friends. There were plenty of great moments these past two months (and well into 2014 too). Instead of just going for the usual award show season fan fare, I've sprinkled moments from movie premieres, Met Gala, and the film award show season. Hope you enjoy my favorite red carpet looks, photographs, instagrams, and all that jazz.