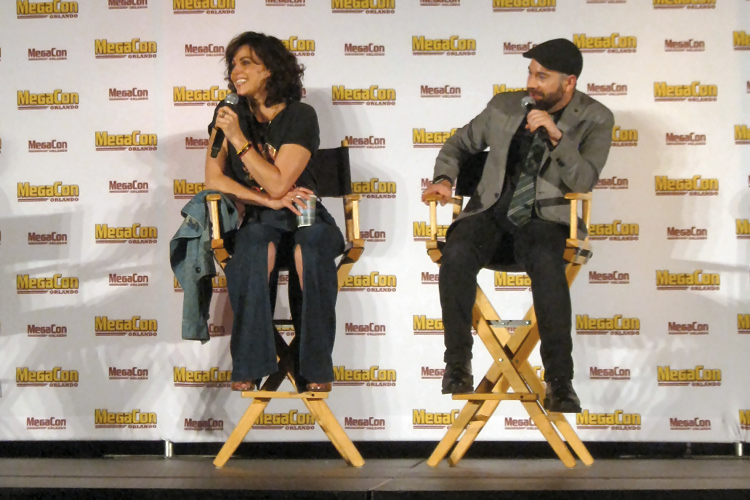 Starting a New Chapter with Once Upon A Time 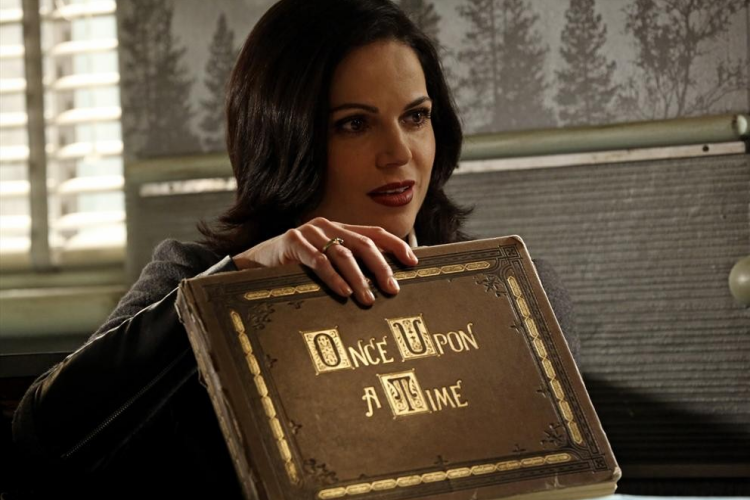 When Once Upon A Time premiered on ABC in 2011, it was such an enchanting show. There was nothing like it on television, and for the near future, there's not to be a similar adventurous experience again. As news soars in about the future of the series, the seventh season will whole start a new chapter.

The first season was one of my all-time favorites of any show ever. Its heroine Emma Swan is compelled by the son she gave up for adoption to enter a secluded town called Storybrooke. Henry believes everyone is a fairytale character, and don’t know it because a curse has been placed on them by his adoptive mother Regina Mills. He compels Swan to believe that she was destined to save the town and break the curse keeping them in the dark.

Jennifer Morrison Bids Farewell to Once Upon A Time

It's hard to imagine a show without its lead character but that's exactly what ONCERs have to face. After a long-awaited musical episode leading to Emma Swan and Captain Hook's wedding, actress Jennifer Morrison confirmed the worst: she's not returning to Once Upon A Time after season six.

The actress shared the announcement on her official instagram.


As I reached the end of my 6 year contract on ONCE UPON A TIME, I was faced with a significant decision. ABC, Eddy Kitsis, and Adam Horowitz very generously invited me to continue as a series regular. After very careful consideration, I have decided that creatively and personally, it is time for me to move on. Emma Swan is one my favorite characters that I have ever played. My 6 years on ONCE UPON A TIME has changed my life in the most beautiful ways.

This news comes after a turbulent season for the series. Unlike other shows on the ABC network which were given an official renewal or axe in early March, Once Upon A Time struggled to save itself,. Ratings continued to drop, leaving Storybrooke fans to wonder if the show had any magic left in it keep going. Morrison's announcement comes after an official renewal for a seventh season.

Now, I'm not even the most devout fan, but sometimes I wondered if it would've been good for the series to quit while it's ahead. Too many creative issues couldn't have fixed the past and mistakes continued to linger in every new episode. I often go back to season one and feel like there was so much potential left on the cutting room floor. Most of the time, it was the cast that kept me interested more so than the writing or worldbuilding. It remained one of the most optimistic and hopeful shows on tv. As the yellow brick road has come to an end, Morrison exiting the show isn't all that surprising.

Morrison has promised that she will be be back for at least one more episode of the show, so that at least guarantees the start of season seven to handle Swan's departure or explain her whereabouts. Her exit puts the rest of the cast in a bit of a pickle and leaves us to wonder about fan favorites. Actor Robert Carlyle, who played Rumpelstiltskin, was the second most outspoken star to say he was hesitant to sign on again. Word has it that the rest of the cast such as Lana Parilla, Ginnifer Goodwin, and Josh Dallas haven't renewed either. Colin O’Donoghue's contract, who plays Swan's husband Captain Hook, still has another year left.

Show creators Adam Horowitz and Edward Kitsis have been toiling with the idea of a reboot, taking the show in another direction with a new narrative. In what could be the series finale airing Sunday, May 14th, the two-hour final battle between Emma Swan and the Black Fairy comes to a head.

Swan's arc on the show is still something to be cherished. She was a lost girl who grew into a powerful woman deciding her fate alongside a loving family and believing in happy beginnings. But what will Once Upon A Time be without Emma Swan? I hate to say it, but a probably a whole new show, and one that fans will struggle to get on board with.

What do you think of Jennifer Morrison's exit?
Has Once Upon A Time's ship finally sailed?

5 Problems Once Upon A Time Needs To Fix 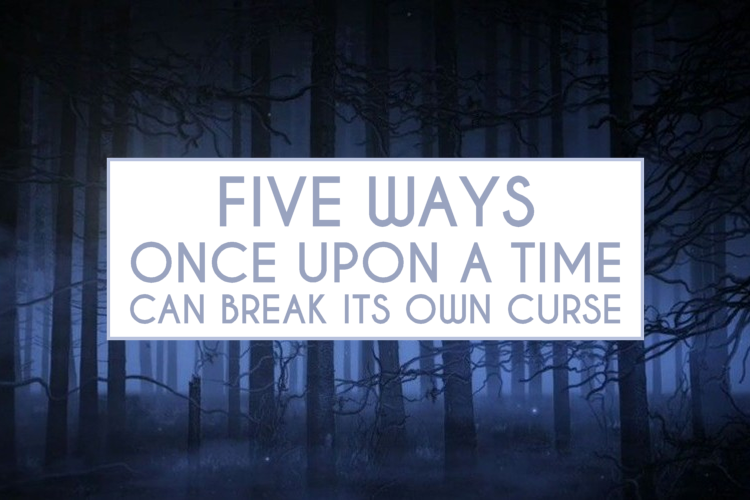 When a new season of Once Upon A Time whirls around, there's promising adventures to behold. Savior Emma Swan and her charming parents and son, swash-buckling boyfriend Hook, and Evil-Queen-turned-Hero Regina face off against 'fictional characters' re-imagined for the real world. And, the series' ability to plant powerful messages of hope, courage, and love is refreshing compared to darker-themed shows.

However, there is no doubt the fandom has been struggling. As much love as there is for Once Upon A Time, the storytelling  often falls down a rabbit hole of messy writing and confusing world-building. Off-screen, the show dropped in ratings and stars like Robert Carlyle and Jennifer Morrison are considering not returning. When rumors swirled over the holiday break that the series might be canceled, it wasn't surprising to ONCERS despite what a rotten apple the news was. But as the show has taught us over the years: there is always hope - we just have to look and fight for it. Here are five ways Once Upon A Time can break its own curse.

Television in 2015 was filled with brilliant and not-so-great moments. I'm truly surprised by how many fandoms I was apart of since I didn't consider myself that much of a tv hog. Categories & winners for the absolute worst, personal favorites, and best from the series I watched have been compiled below. There are plenty of spoilers ahead for the following shows: Doctor Who, Once Upon A Time, The X-Files, Scandal, The Strain, The Walking Dead - to say the least. Please proceed with caution, and I hope you enjoy!

Email ThisBlogThis!Share to TwitterShare to FacebookShare to Pinterest
Labels: fargo, favorites, once upon a time, scandal, television shows, the strain, the walking dead, the x-files

10 Magical Lessons I Learned from Once Upon A Time 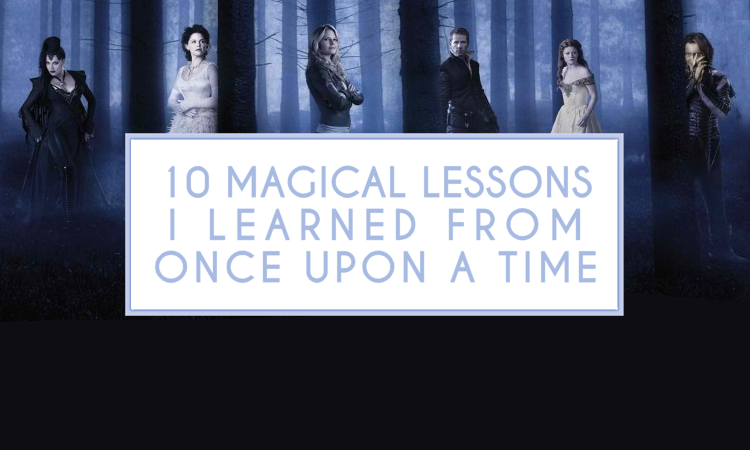 Once Upon A Time is one of my favorite shows. For those who are not familiar of the ABC series, the creators of Lost took our favorite fairytales and turned them on their head.

What I love about this show is that it takes characters we know from books, movies, and legends and watch them forge through pain, make sacrifices, pined for real love or faced their fears. It's always refreshing to watching them overcome challenges in positive and enlightening ways. Whether it's defeating evil or accepting their inner wickedness, Once Upon A Time offers plenty of life lessons.

Email ThisBlogThis!Share to TwitterShare to FacebookShare to Pinterest
Labels: geeky lifestyle, once upon a time 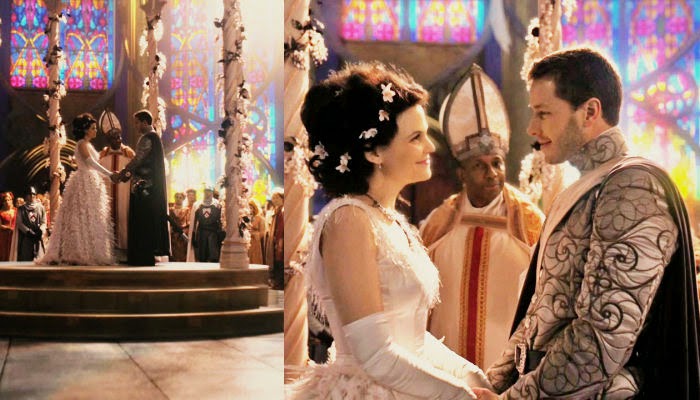