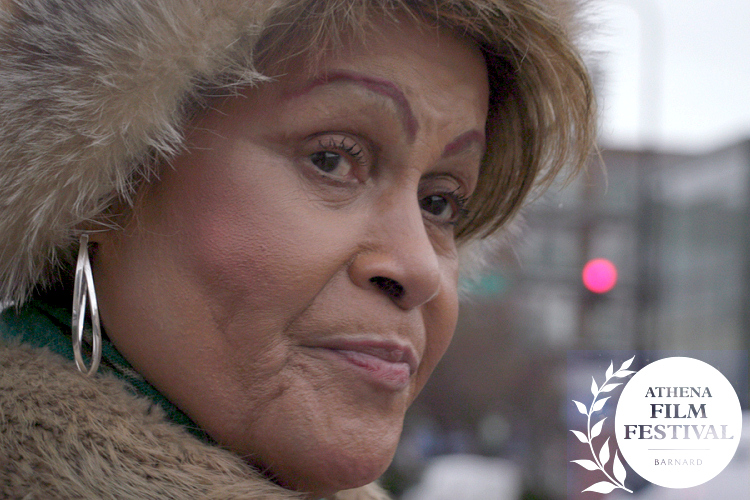 2020 marked the deadliest year on record for transgender and non-conforming individuals. Even with the emergence of trans entertainers and activists  likeJanet Mock and Laverne Cox in mind, how rare it is for LGBTQ+ youth to have a blueprint or example of trans icons who defy such unnecessary and transphobic circumstances. Just as equally rare is an inspirational documentary that Mama Gloria joyfully fills the void of.
Told fully from her perspective, the documentary directed by Luchina Fisher affords Gloria Allen the opportunity to share her journey of transitioning in Chicago’s south side in the 1950s to her contributions as trailblazer today – now in her 70s. Most notably, she’s recognized for starting a charm school for her fellow trans women, especially homeless youth; the school also later became a play “Charm” which has inspired trans actresses to follow in her footsteps and come out as transgender. Where there is such glorious success, however, there are also adversities that have made her stronger including transphobia, sexual assault, and racism. The vulnerability, wisecracking humor, and honesty Allen exudes allows viewers to take a brief yet engrossing portrait of aging that offers insight and the process of recognizing gender and body dysphoria to gradually making the choice and having the access to transition medically.
For the most part, the film is able to capture Gloria's essence as a beloved mom to her "babies" -  students and trans youth who look to her for guidance - and the LGBTQ+ community at large. With letting Allen take the wheel of the film's structure, she’s able to hold the reigns of her story taking us through the nostalgic highs of her youth and the stark lows of challenges she's faced and continues to face in her older age. However, the documentary moves at a fairly brisk pace that doesn’t delve further where it could have. Though the film breaks up Allen’s narrative with a heartwarming high school reunion, interviews with her relatives, and archival footage of Chicago's Bronzeville neighborhood nightlife and drag balls, there are elements such as founding her charm school and Allen’s involvement in the Stonewall Riots that could’ve extended more context.
One of the most poignant moments of Mama Gloria is not only her ability to light the torch the next generation of trans women and men to carry, but also the resounding support and struggles she faced to ultimately fall in love with herself. Sadly, this is not always or commonly the same for so many. A conversation with a neighbor at their apartment complex brings the common thread and disparity of generations of LGBTQ+ individuals - “None of us when we were young ever thought about living to be this age, or what life experience would be in this age, and there were no examples.” Hopefully in the years ahead the world will become a place where it chooses to accept everyone for who they truly are and allow Gloria Allen’s story to be one of many examples of resilience, hope, and acceptance that the trans and LGBTQ+ community needs right now and always.
Screening Mama Gloria was a part of my coverage of this year’s Athena Film Festival. Check out more of my reviews here and the official website to Mama Gloria here.
at March 15, 2021