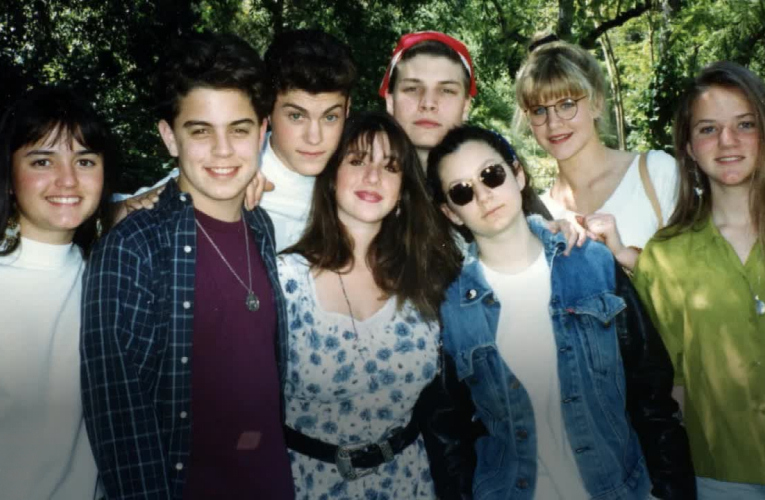 We don’t often learn of the opportunities and difficulties juvenile actors face until headlines show it or history becomes etched in memoirs. A rare chance to star in their own show or become a heartthrob leaves so many kids who love entertain discovering the risks and the realities of the industry before they're prepared to live in front of the spotlight. Kid 90, directed by Soleil Moon Free, brings us closer to taking a look behind-the-scenes and a generation of stars who learned to navigate the pitfalls of fame.
As a teenager in the 90s, actress and director Soleil Moon Frye carried around a video camera everywhere she went and saved diaries, journals, and voice mail messages. After locking away the footage for almost 20 years, she revisits her childhood as a teenage star and presents an unprecedented time capsule of growing up in Hollywood and New York City.

From her early days of starting out as Punky Brewster to nabbing smaller roles in B-horror movies, Frye shows us life through her eyes. Though she had a normal upbringing at home with a loving mother, busy father, and supportive brother, her life in front of the camera took a turn as she became a teen with a developing body, trying drugs, and gaining more independence. As a young woman growing up in Hollywood, Frye highlights her experiences of bullying and being sexualized at 15, the painful reconciliation of losing friends to suicide, surviving sexual assault, and finding creative freedom. Her footage also captures the joys to everyday activities like getting breakfast, going to parties, and asking her friends of their philosophy about life. Joining her along for the ride are fellow stars from the 90s - Stephen Dorff - Brian Austin Green, David Arquette, Heather McComb and more – who provide their perspective – rejections from auditions, seeing their names splashed in the tabloids, enduring unwarranted backlash, and facing failure.

Frye's choice of a chronological format is easy enough to follow as she takes us from her rise of stardom until her late teens. Picking up a camera was Frye’s way to control everything – being unloved and loving others, her career fading away, relationships coming to an end, losing friends to suicide; and in some ways this is still true for Frye today. As both subject and director, she's able to explore her memories and assess what is appropriate to share and what is okay to keep close to her. At the same time, the documentary struggles with a stronger cohesive structure. As much as Frye does share, the compilation of footage and interviews often only underscore the possibility that there are layers more to discover. Insight by longtime friend and co-star Brian Austin Green recalling the first time he encountered failure when he broke out on his own to release a rap album, and the backlash he faced, is very few and far between. What you're left to grapple with as a viewer is the openness that Frye has about her life and a familiar awareness of the all-too-common reasons that many are led to suicide driven by mental health and/or substance abuse issues. The conversation between her and other Generation Xers about the impact of being a teen star transitioning into stars but it's not as comprehensive as it could've been.
Part walk down memory lane, part documentary, Frye challenges the assumptions we make about our memories – if they are real or if they are stories we want to tell ourselves. From the outside, the trials and tribulations of teen stars might not seem relatable. But underneath the notoriety, Kid 90 explores there’s more beneath the façade of stardom and celebrity culture. Even in our own lives, reflecting of who we once were can help us understand who we are today and how far we've come.