Billie (2020) offers a riveting look at the jazz icon 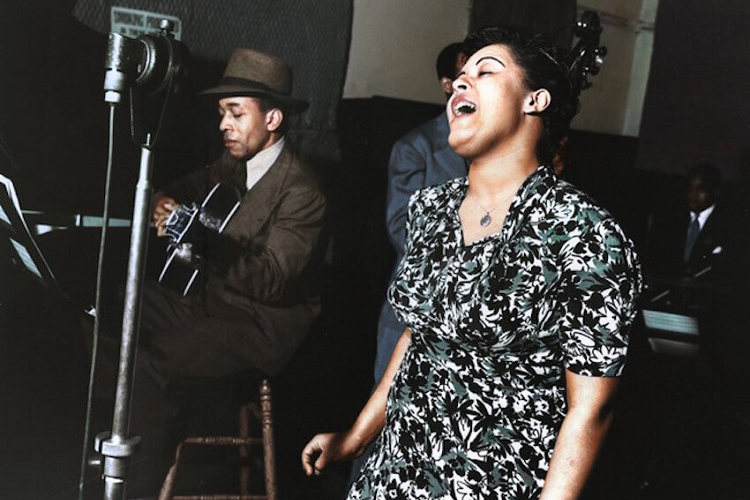 In 1971, high school teacher and journalist Linda Lipnak Kuehl set out to write a biography of iconic singer Billie Holiday. After spending the next eight years collecting over 200 hours of rare interviews, Kuehl's work went released until now. Billie adapts her unfinished book to showcase an inexplicable thread between two women across racial barriers.
Similar to Marilyn Monroe or Judy Garland, Holiday's legacy sometimes outshines her humanity. As much as she's known as an incomparable talent, her reputation remains complicated for the challenges she endured.
Holiday sang as if she survived every sorrow the world could throw at her. Her graceful voice was a part of her survival as she sang heartbreaking anti-lynching anthems that also highlighted inequalities of the time. While the documentary's main story runs linear from her upbringing until her death, it dives into what makes Holiday a formidable figure today. Kuehl was more than willing to ask tough questions about Holiday's experiences as a teenage prostitute, her fiery sexuality, breaking into the music business, and a drug addiction that made her the target of the FBI. In return, Kuehl was able to get raw answers from dozens of eyewitnesses – the pimps who made her work the street, producers who signed her and then couldn't protect her from racist audiences and reactions, high school friends, and fellow singers – and provide a critical view into Holiday’s life that doesn’t cut corners.
What sets Billie apart from most documentaries is how unflinching the story unfolds and how relevant it is to the racial climate in the United States. Director James Erskine doesn't aim to filter the challenges she endures, postulate her reputation, or pass judgement. Using Kuehl’s audio as a timeline, he creates an overall portrait of Holiday by piecing together stock, archival footage, and televised performances to match Kuehl’s interviews. Though the outlook of Holiday is told from direct sources closest to her, and can sometimes be skewed based on their own recollection or memories, the visceral insight from the likes of Count Basie and drummer Jonathan “Jo” Jones explores her perseverance while the world and music industry criminalized her as a Black woman.
Since the documentary primarily focuses on Holiday, Kueh’s personal life doesn’t take center stage as much as it could. We are offered insight into Kuehl such as how she became interested in Holiday initially and what drove her to continue with the project even when self-doubt crept in. After she started the project and the years waned, her passionate involvement in digging for more insight led to an uncertain death riddled with unanswered questions. Her mysterious passing subtly opens the film as a marker, but it's not a consistent topic throughout. Though the full extent of her death is not fully delved into, her dedication lays a part of the foundation for the film.
Rating: ★★1/2☆
Please Note: I was provided with a screener and provide an honest review. Billie is in select theaters and available on streaming on December 4th, 2020.