Deep In Vogue (2019) Gives a Front Row Seat to Voguing 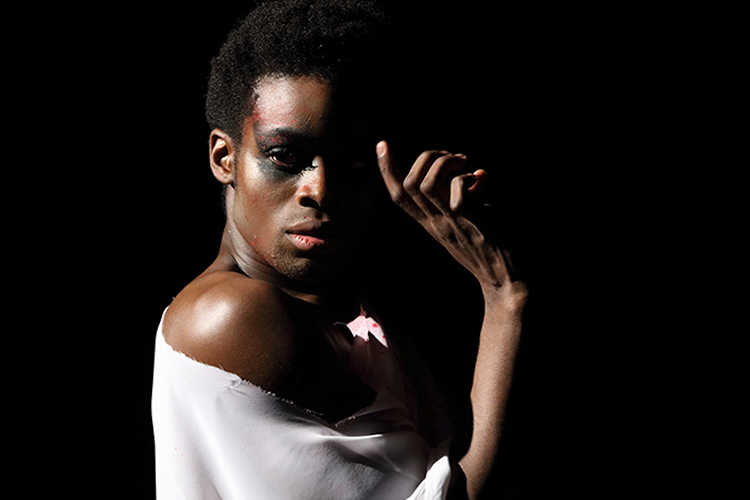 Inclusive spaces where LGBTQ+ and people of color can fully express themselves are an increasing rarity. Yet in pockets of club scenes and houses around the U.S. and the UK, vogue ballrooms continue to offer an exceptional underground beacon of hope and a lifeline. Taking a dive into a radical revolution of diversity and self-expression, Deep In Vogue explores the origins of voguing and peeks behind-the-scenes of the Manchester and Liverpool based houses as they prepare for their ICONS Vogue Ball.

Under a quick running time of 60 minutes, film makers Dennis Keighron-Foster and Amy Watson offer both a history lesson and a look at the contemporary club scene. Using footage from voguing’s heyday, and interviews from House of Suarez, the documentary walks through the 1930s Harlem with white-led drag balls to the evolving revolution with black and Latina led scenes in New York and Los Angeles throughout the 1940s-1980s. Where the real world shut people out for being poor, black, gay, transgender, etc., the vogue scene bonds elements of oppression into a culmination of fashion, music, and dance. On catwalks and dance floors, drag balls became a bold competition to the disenfranchised to use the classes and social structures society shut them out from to express themselves, and face judges who honor routines and personalities based on authenticity.

House of Suarez stands was one of the more well-known vogue ballrooms in Manchester today. Led by Darren Suarez, his remixed version from the U.S. brought voguing to cathedrals and graveyards, and eventually set up his creative space in honor of a friend who was killed in a homophobic attack. Keighron-Foster and Watson interview a variety of the leaders and members apart of the House of Suarez and its subsequent houses – House of Decay, House of Ghetto, and House of Cards Dance Company. Each one is helmed by a mother or father who oversees the “kids” or performers to look, feel, and perform their best as well as technical elements of costuming, make-up, and production.
Interviews with the crew and ‘cast’ explores the diversity of each house - Joshua Hubbard’s House of Decay instills a punk-like mentality, a family of outsiders bonding and healing over shared trauma such as bullying, homophobia, and dysfunctional families. While House of Ghetto, led by Darren Pritchard, helms six black females showcasing their power and sensuality that’s typically diluted into limiting stereotypes, and House of Cards Dance Company in charge of choreography and voguing performances. House of Suarez, and houses like it, ultimately creates an understated refuge for performers facing poverty, homophobia and transphobia to carry their personas out into the world.
As the documentary showcases the inner-workings of the three houses, and the familial bonds between “the kids and mothers,” the theatrics of voguing acts like an elegant exorcism for like-minded people to support each other. When it’s eventually show time for the ICONS vogue ball to open up the runway, identities of the performers and audiences continue to blend together as much as the company members of House of Suarez. Although voguing primarily runs through queer culture, it’s also a reflection of what ‘real’ mainstream culture is with participants from walks of life attending the ball as an escape and to turn burdens and pain into passion – cisgender straight people can express themselves alongside transwomen and transmen, drag kings and queens, gay men and women, and non-binary people. There’s no lingering question of what background anyone comes from – only that they are free to live their best selves with acceptance. As educational and enlightening as the documentary is to explore the history of both voguing in general and at House of Suarez, the third act exudes an infectious energy – that to be yourself is a revolution.

Deep in Vogue acts as a fitting modern-day follow up to Jennie Livingston's seminal film Paris Is Burning. The former is not the most in-depth documentary but it offers a nice overview for those who are new to voguing, digs subtly into the interior and exterior politics surrounding contemporary club scenes, and cultivates a bold celebration for self-expression. What’s subtly missing is minimal and is made up for with the celebration of a colorful and empowering culture that’s needed more now than ever.

Rating: ★★☆
Please Note: I was provided with a screener to provide an honest review. Deep In Vogue debuts December 8th, 2020 on Amazon Prime and video on demand.
at December 07, 2020