Driveways (2019) Influence Lies In Its Slice of Life Simplicity 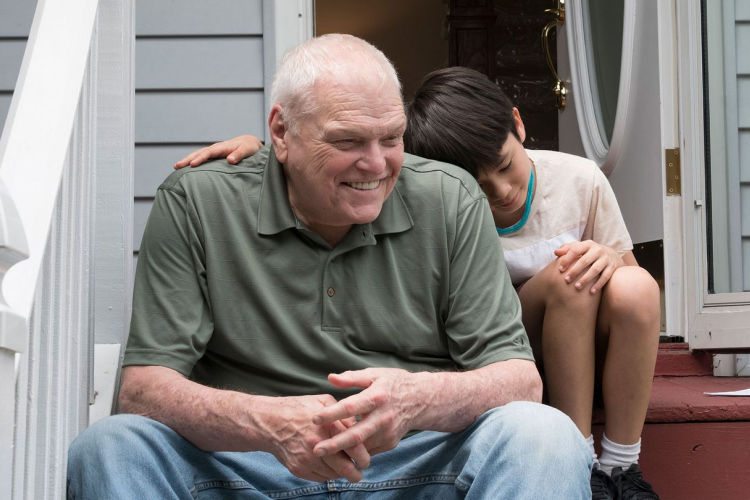 Summer has become the season in cinema for the industry’s biggest and loudest movies – blockbusters, comic book movies, and long-awaited adaptations. Simmering down with a slice-of-life drama, independent movies remain a reliable source for humanity connection. While some movies inevitably hit us like a freight train, others are so subtle that their unassuming nature leads an indelible impact over time. Director Andrew Ahn's Driveways refreshingly follows in to the latter.

A single mother Kathy (Hong Chau) and her shy son Cody (Lucas Jaye) make a roadtrip to visit her late sister's house, unaware that she was a reclusive hoarder. Their plans to sort and sell gradually expand over the course of a summer, allowing Cody to develop a friendship with a Korean war veteran Del (Brian Dennehy) next door.


Capturing a moment in a character's journey is like taking a photograph and hoping to experience that moment all over again. We feel the emotions of that day rise to the surface and can picture the bigger picture in our minds. Similarly, Driveways sketches the life of its characters out on the surface and deeply radiates the lived-in layers lying underneath.

Primarily, the film does so by focusing on the three main characters, their loneliness and yearning for belonging. Fluid in creating bonding moments of joy and sorrow, Kathy does her raising her son, struggling to make ends meet, and understanding Cody’s sensitivity to other kids and the world around him. She’s not set in a perimeter of being a strict or too lenient mother, letting Hong Chau develop a nuanced performance of brokenness and strength as she tries to pieces her life together and the missing relationship she had with her sister. Alongside her, Lucas Jaye and Brian Dennehy capture a rare connection of kindred spirits both as performers and characters. Removing any intention to boxing Cody into a precocious child, Jaye exudes a charm and wisdom beyond his years that matches him perfectly to Dennehy’s young-at-heart enthusiasm and sensitivity. Though a variety of smaller roles makes brief waves of chaos, the film belongs to the main trio offering performances that will be recognized as some of their finest.

To the credit of Ahn’s experiences as a filmmaker and Korean-American, Driveways makes an effective decision to enrich the story with cultural differences. Instead of going through the motions of selecting Caucasian actors, Ahn went with an intuitive approach to cast Asian-Americans in the lead roles. What could’ve been a traditional coming-of-age story we've seen before becomes one  infused with explorations of the immigrant experience, motherhood, and humanity. Del's background as Korean war veteran isn't exactly a footnote, but an imprint of the grander scheme of kindness and friendship at play between the two families. Though there is a larger story bound to be told about the experience of the Korean War experience, its soldiers and civilians, the script focuses on the humanity of the characters and diverts expectations away from more obvious social commentary. The slight change reintroduced the possibility of the potential of diversity in storytelling.

Driveways unfolds gradually, letting the characters explore their vulnerability. Its quiet disposition lingers with sketches of Kathy, Cody, and Del and what could become of the former’s potential life if they were to potentially stay in her family’s house. Without using a plethora of humor or superfluous drama to springboard the story, the film might move too slowly for some moviegoers. However, its unassuming approach reminds us to slow down and remember what it's like to grow, come out of our shells, and find a place to come home. Ultimately, the impeccable performances and compelling direction makes it a heartfelt hidden gem.


Rating: ★★1/2☆
Please Note: I was provided with a screener to watch this film and provide an honest review. Driveways is available to Stream or Download iTunes, Prime Video, GooglePlay, and Cable On-Demand Providers.
at May 07, 2020