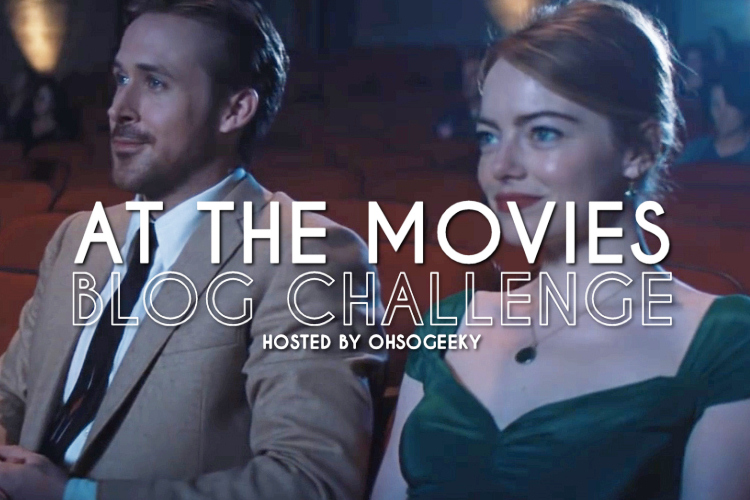 Cinemas have taken a huge hit during the Coronavirus lockdown. Theaters have been closed for almost two months, leaving many who love going to the movies to watch films at home, and those working in theaters furloughed. I was inspired to create this blog challenge that celebrated memorable cinema experiences as something to look forward to when the pandemic ends - experiences or events that wouldn't be the same watching at home.

From dramas to action movies and musicals, here are ten of my favorite movie theater experiences. This post is a part of my blog challenge to celebrate memories at the movies. You can find my post and others who have participated here.

I’ve spent so many hours going to the movies for marathons, Marvel, and classic re-releases, they could probably make up an entire list of their own. So I’m cornering off all of those to give other movies a chance for a change. But it shouldn’t be discarded that some of my absolute best memories include marathons like seeing Captain America's trilogy or Christopher Nolan's Batman trilogy; going to opening weekends for Avengers: Infinity War and Endgame; and chilling with classic movie fans to see It’s A Wonderful Life, Jaws, and The Princess Bride.

The Imaginarium of Doctor Parnassus

This is a somber pick, but it’s hard to talk about my love of movies without thinking of Heath Ledger. Like Christian Bale, he was ‘my everything’ growing up – 10 Things I Hate About You, A Knight’s Tale, Brokeback Mountain, The Dark Knight. I watched every film of his. And, I was fortunate to see his last movie The Imaginarium of Doctor Parnassus in theaters. I remember trying to enjoy the movie as much as possible, but also not being able to shake the feeling that this was the last time I’d see him on screen.

Color me surprised when I showed up to the cinema and most of the showings for The Departed were sold-out – even the one I attended. While there’s not a lot throughout the film that made everyone give a huge reaction, the death of Martin Sheen’s character sparked an audible gasp. We knew he was going to die, but seeing his body fall to the ground was not it.

My sister actually dragged me to this because one cast member (Matthew McConaughey) out of eight guys who can’t dance wasn’t exactly my idea of a crazy girls’ night out. But we went to a showing anyways, and every girlfriend group in the state showed up to our theater. It was funny to see and hear all of the women cheer and scream during the strip scenes, and then as the movie tried to have a plot, they went dead silent, and never picked up again except when Matthew ‘Steel Abs’ McConaughey finally got his own dance.

No Country for Old Men

When I saw No Country for Old Men, it was around the time I was in college and barely getting any sleep. So every moment of this movie felt surreal from sleep deprivation. Everyone, including myself, was captivated by how villainous Javier Bardem was. But I’ll never forget how Tommy Lee Jones’s abstract monologue left everyone leaving the theater furious and confused over what he said and what it meant. All of that time and energy invested in the feud between Anton and Llewelyn, and nobody understood what Tom's character was talking about.

A Star Is Born

It's hard for me to watch this movie at home and not think back to how much I was looking forward to this, and how much Bradley Cooper surprised me – so much so I almost punched the guy in the chair next to me with the opening of Black Eyes in IMAX. The music, the beard, the cinematography. It was just too good to be true.

Tom Cruise is willing to do anything to put on a good show Of course, his movies have plenty of memorable scenes. Not only had I been excited for weeks before this came out, but I knew I was in love with this sequel when the opening featured Ethan breaking out of prison was set to Dean Martin's Ain't That A Kick In the Head. But then Cruise pulled off his biggest stunt at the time by scaling the Dubai tower. It was crazy as all of Cruise's stunts are, but seeing it in IMAX  took it to another level. You felt like you were falling off the edge of the building.

Ya’ll might know on twitter and letterboxd that I’m a musical hoe. And this was the start of it – at least seeing contemporary musicals on the big screen. I saw this like six times and all it made me want to do is become an actress and singer. Not only had a movie launched into full unabashed theater mode that we hadn’t seen since Cabaret, but the musical sequences had so much energy. The soundtrack is still tattooed into my brain.

There Will Be Blood

I arrived at the cinema early, and to me, it felt like an event. I was sure the theater was going to fill up with people because it was Daniel Day-Lewis and Paul Thomas Anderson. When the wide screen adjusted to letterbox, I ended up being the only one in attendance. For two and a half hours, I couldn't believe my eyes watching all of the tracking shots, beautiful cinematography, listening to the impeccable score, and how ridiculously good-looking Daniel was in this, and nobody was with me to experience it all. I started re-watching this during the quarantine, and all of my feelings for it still hold up and takes me back to that day in the theater.

When the movie started, Inception had everyone on the edge of their seats. Again, it was a sold-out crowd, and from the first dream sequence, to France folding in on itself, to the van hitting the river, TO the hallway fight scene, every scene had people on the edge of their seat. And then it was topped off with that ending of waiting to see if the totem would fall. This was an experience. PERIOD.

In 1997, Titanic was in theaters for a year. It's hard to believe now when most movies can't last a month in the theaters without being removed. But everyone took me to see this – my family, relatives, relatives of relatives, my friends, my sister’s friends, their friends. I’d say that I’d remember actually seeing this in theaters, but maybe after the third or fourth time, I started to fall asleep and my sister would wake me up for certain scenes I loved.

Years later, Titanic is often criticized for its melodrama, but it's also filmmaking at its best by throwing everything at the wall and drawing you into its story. When Titanic was re-released into theaters a few years ago, I dragged my sister to see it over and over. #blessher And for the 100th anniversary, our showtime lined up the sinking scene to start around the time it would’ve in 1912. That’s just creepy…and cool? Even though I've watched this at home more than I can count, there's nothing quite like seeing its spectacle on the big screen from the gorgeous costume design, mind-boggling stunts and production design, to the scale of the film's massive ending. It's hard to imagine another film - that's not a franchise - usurp the cinema as much as this did.
at May 26, 2020