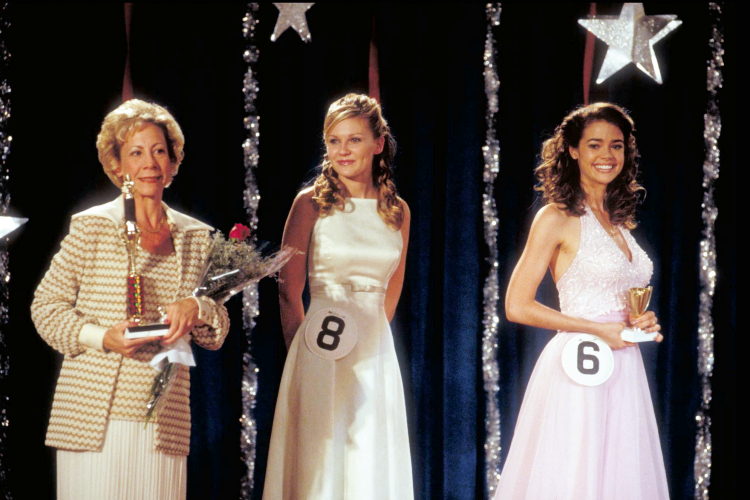 Young adult movies always explore characters feeling like an outcast, falling in love for the first time, or trying to find their identity outside of school. Grease riffs on the jocks, nerds, and beauties from the 1950s. Mean Girls cleverly explores dysfunctional girl culture in high school. The Perks of Being a Wallflower brings the misfits together in their senior year before college. While I love all of these movies, and many more, my go-to teen flick has and will always be Drop Dead Gorgeous.

Because it was a commercial and critical failure, there’s a chance you might’ve never heard of it. And if you did, there are even more chances that the talk surrounding the movie was about its sense of humor. But it is a dark and twisted comedy that not only do I know better than the back of my hand, but also feels like it deserves some praise, especially on its 20th anniversary.

Set around Mount Rose’s American Teen Princess Pageant, a documentary crew tracks what seems to be a normal competition until a few of the contestants are mysteriously killed. Amber Atkins (Kirsten Dunst) enters the competition as a underdog living in a trailer with her chain-smoking mom (Ellen Barkin). She's a talented, smart, and optimistic fish out of water who aspires to be the next Diane Sawyer. Endearing the hearts of everyone she meets, Amber proves to be big competition against Rebecca Leeman (Denise Richards); the predicted top dog following in her mom footsteps  (Kirstie Alley).

The film overall has such a great range of actresses who connect with different generations, and it certainly helps that the cast delivers incredibly witty, personable performances. In one of her earliest roles, 5-time Oscar nominee Amy Adams shows her comedic side as the slutty aloof cheerleader. Brittany Murphy charms as Lisa Swenson, an overenthusiastic theatre lover who trails her cross-dressing gay brother to the Big Apple. There's also Ellen Barkin as Amber's hot-headed boozy mom, Kirstie Alley as the seriously unhinged pageant director, Allison Janney as the brash and promiscuous best friend to Ellen, Mary Gillis as the loud-mouthed choreographer - to name a few. Adding a sense of realism to the big names attached to the movie, most of the roles were local hires and add a wonderful sense of anonymity to the girls' wild range of personalities from a theatrical goth to a wide-eyed girl to trying to teach the world American Sign Language.

The heart of the film is not only a wide range of unapologetic white trash women, but also the screenwriter’s twisted sense of humor and sharp use of satire.

Inspired by her own experiences as a young woman, screenwriter Lona Williams captured her frustration and the competitive nature of participating in beauty pageants in her small nowhere town. Everything about the film’s dialogue and depictions is about as unPC as you’re going to get, where nothing is off-limits - eating disorders, racism, gun toting Christians, disabilities, unwanted pregnancy, Antisemitism. Needless to say, how the characters are naturally white-trash (hey, these people exist, we just don’t usually see them on film), the film’s sense of humor is one of the biggest reasons the film initially failed in theatres (as well as a poor marketing campaign).

Williams created characters and dialogue rooted in satire that is just not fitting for today’s world, but also so hard not to quote its least offensive phrases that aren’t actually derogatory. For example: "Oh yeah, this is what I always pictured for myself – choking on swan gas" or "He sells reproductions! His furniture's as fake as my orgasms!". And, the list goes on and on.The sharp-witted comebacks, jokes, and insults hurled between characters might not be to everyone’s taste, and I'm not blind to why the movie might not work for most people.

By looking at the film with a modern lens, there are easily elements that could be pointed out about what's wrong with the film. It doesn't have diversity in sexuality or ethnicity at all. Class, as shown between the richest family versus everyone else, is the biggest divider between the characters. Their portrayal ranges from twisted satire like a former pageant winner suffering from anorexia to the plain cringe-worthy performance of MadTv's Will Sasso as a judge's brother with mental disabilities. The film doesn't shy away from the absurd, and that's probably what has made it so difficult to love for many. When the mockumentary delves into the pageant and its history, we come across has-beens of former winners, a creepy peeping tom as a pageant judge, and ignorant small-town 'Merica. Even though the vast depiction of the citizens of Mount Rose are absurd, the film isn’t actively trying to push buttons or offend, just capturing a natural sense of what a redneck town is usually like.

Despite the ‘low-class trailer park’ nature of the film, its depiction of beauty pageants is actually drastically different than what one would expect when it comes to the female contestants. While the male high school students escape Mount Rose through prison or a high school scholarship, the pageant is just something the girls do. Yet the film never treads the girls’ self-worth via the pageant or each other into being superficial. Other than trying to kill each other to win, the story mostly focuses on the core personalities of the girls, why they’re outcasts, and the talents or mishaps (or deaths) they face while working on the pageant. While jealousy and competition trickles down from the most affluent contestant – Rebecca and her mom Gladys – the ‘good girl vs bad girl’ feud doesn’t rely on the characters demeaning each other over their beauty. When small-time glory is on the line, some will literally kill to get ahead in the world, and others are just lucky that true success finds them.

Mixing the mockumentary style of Christopher Guest's This Is Spinal Tap, and the environmental atmosphere of Fargo, Drop Dead Gorgeous is a coming-of-age film unlike any other. A great testament to the film's unique natural style is director Michael Patrick Jann's approach. Splicing "impromptu" interviews with the contestants to following the plot, the film feels natural in capturing the behind-the-scenes progress and fall-out of the competition. Even though the film has big names attached to it, the production never feels like a big Hollywood production.

Falling in line with dark comedies like Heathers, but never quite finding that level of success, Drop Dead Gorgeous's initial reviews ranged from mediocre to down-right scathing. The film continues to find an audience (it's officially on Hulu now), but its reception pushed both the writer and director to stray away from Hollywood and move onto smaller projects. Despite the film failing at the box office and when it was released on dvd, Allison Janney remarked that fans approach her about Drop Dead Gorgeous almost as much as The West Wing.

I wish I could put my blinders on and pretend that I don't know what judgement might be cast my way when I say this is one of my favorite movies. But I'm okay with admitting this is about as dark as my sense of humor gets and I honestly relish the no-holds-barred portrayal of the characters way too much. And that the comedy or plot isn't for everyone. As the director once said, "This is for the girls who went to Clueless and were like, **** them." Drop Dead Gorgeous could only be produced by a few people back in 1999, and it’s the kind of movie that nobody would make now, and that’s exactly why it'll always be first place to me.
at July 23, 2019