Monday (2018) Packs A Big Punch For The Short Film Circuit 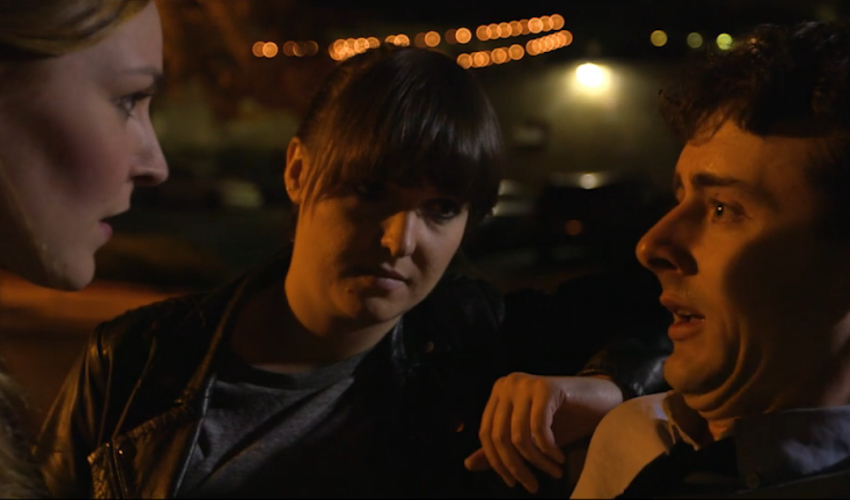 Sometimes it's not the budget that makes a short film good, it's the production team rallying behind it that counts. Following in director Robert Rodriguez's footsteps, independent filmmaker Alejandro Montoya Marin participated on El Rey's network show Rebel Without A Crew where creators banded together to create an original film. Armed with $7,000, no crew, two days to prep and fourteen days to film his project, Marin creates a fun action movie reminiscent of today's blockbusters.

Jim (Jamie H. Jung)'s life is about to change in the worst ways when he loses his job and his girlfriend gives up on their relationship. Caught in the crossfire of two hit women aiming to take down a drug cartel, Jim is on the run for his life and standing up for himself once and for all.

As the story counts down Jim's day starting off as bad as it can be and only getting more bleak and chaotic from there, what Martin and the cast were able to put together in such a short amount of time shines. Each actor has a fitting on-screen presence for their characters and working well as an ensemble. It's difficult to single out any singular actor in particular, but Kenneth McGlothin exudes a perfect big personality as Jim's friend Paul and Anna Schatte/Sofia Embid have a commanding, intimidating bad-ass presence as the hit women at odds with each other's plans. But the entire cast has good comedic timing and offers solid reminders of similar action-comedies like Horrible Bosses, The Other Guys or 21 Jump Street . It's also worth it to stay through the end credits for bloopers and a post-story catch-up with Jim's old business acquaintance.

Monday showcases a lot of potential for Marin as a filmmaker. The story trails in the footsteps of comedies and action movies that you would see today with leading stars like The Rock or Kevin Hart. His direction is seamless, especially with the sound editing adding clever bytes for specific lines of dialogue and an energetic soundtrack. As the writer of the film too, there's a real sense of love for film-making with Marin's clever dialogue and nods to pop culture. The only slight stumbles are a few one-liners that feel random and out of place. However, it's tough to imagine how much of a rush the production must have been to work together, but the limitations doesn't show in the slightest. For a film that only runs an hour long, there's a lot to unpack and it makes for a fun Friday night short film to check out. Hopefully it's the start of bigger and better films to come for everyone.

Please Note: I was provided with a screener of this movie in exchange for an honest review. You can currently watch Monday on Apple Itunes.