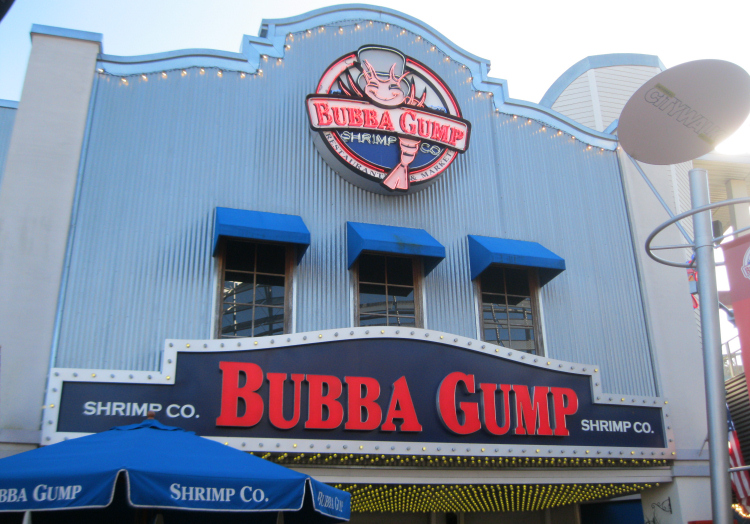 Forrest Gump has always been one of my favorite movies. When I was a kid, I used to sit in front of the television and watch it religiously. While my fangirling for Tom Hanks has only grown stronger as my love for the movie quieted down a little bit, I can readily admit that one of my dreams was go to to Bubba Gump Shrimp Co - a local restaurant themed after the movie. Recently, my family tried it out for the first time, and let's just say: dreams come true ya'll. My inner eight year old would be so proud right now. It's probably one of my all-time favorite movie-related places ever. 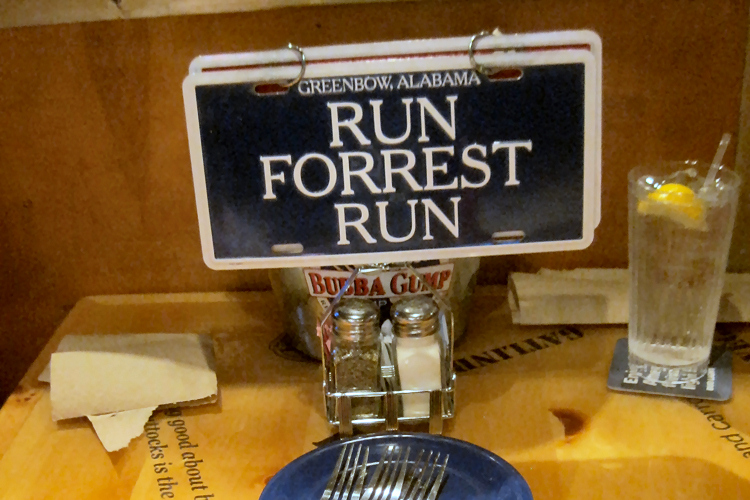 Bubba Gump Shrimp Co is a fairly large restaurant filled with a lot of nooks and crannies of customers. One of my favorite things was the license plate sign on every table. Run Forrest Run was on display when you didn't need anything, and then it could be flipped over to Stop Forrest Stop when you needed a waiter or waitress for napkins, refills, etc. Even though our main server was always around assisting us, it was nice to have that option to flag down anyone just in case. 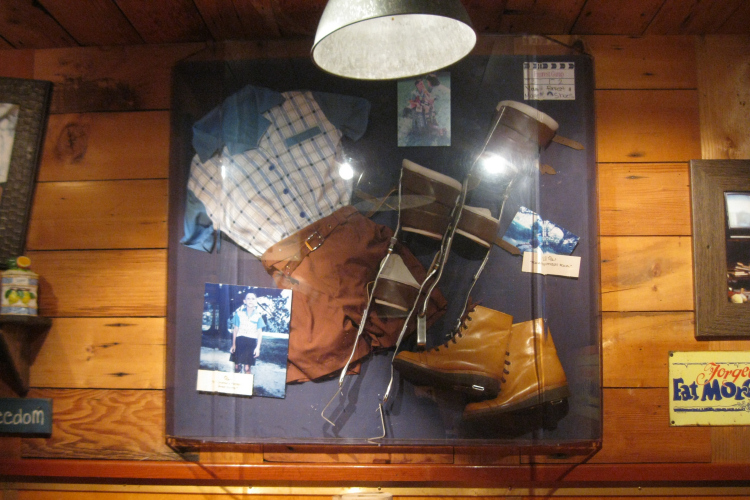 From the floor to the ceiling, the entire restaurant is made out of wood paneling. It kinds of feels like you're on a movie obsessed version of Forrest's boat Jenny. There are tons of costumes, quotes, license plates, and photos displayed around the various rooms. Every time you looked around the restaurant, there was always something new to discover or would catch your eye. 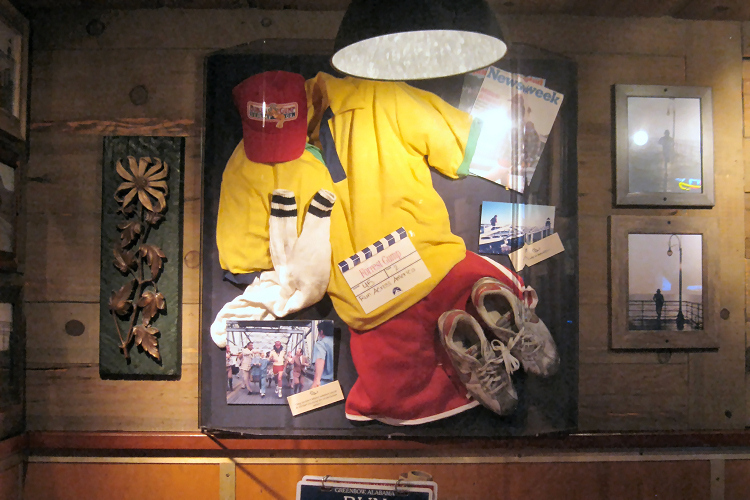 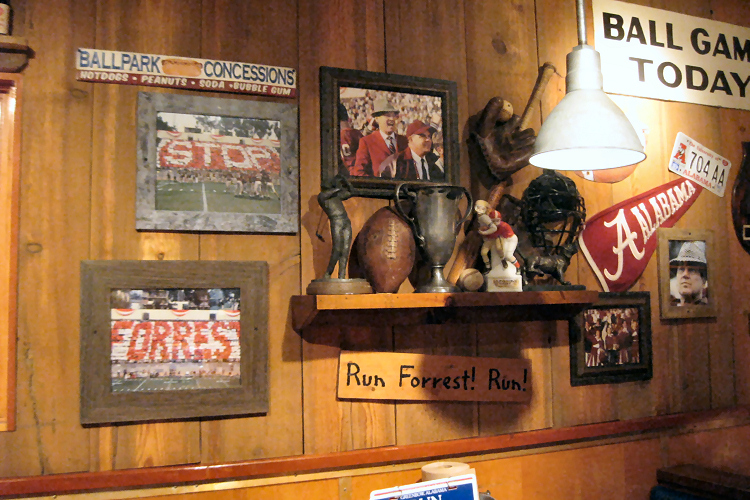 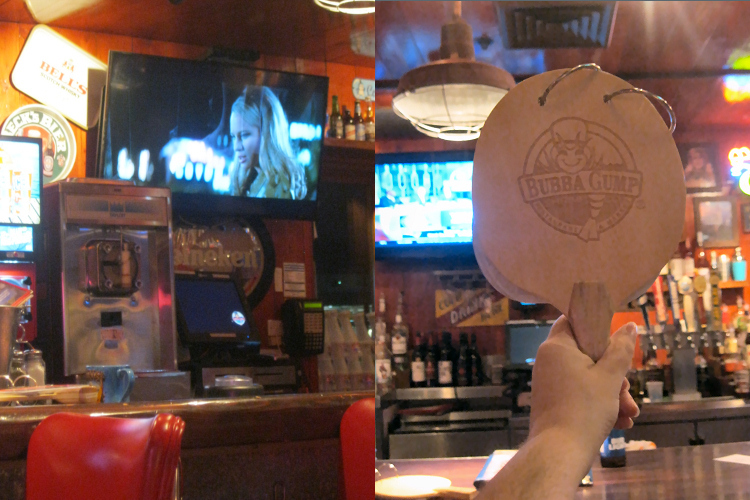 Some televisions were playing the movie or football, but instead of hearing the movie, they had general pop-rock-eighties music on. It was a nice combination of something for everyone to enjoy, especially if you're not a nerd like me. I MEAN, THEY HAD DRINK MENUS SHAPED LIKE PING PONG PADDLES. 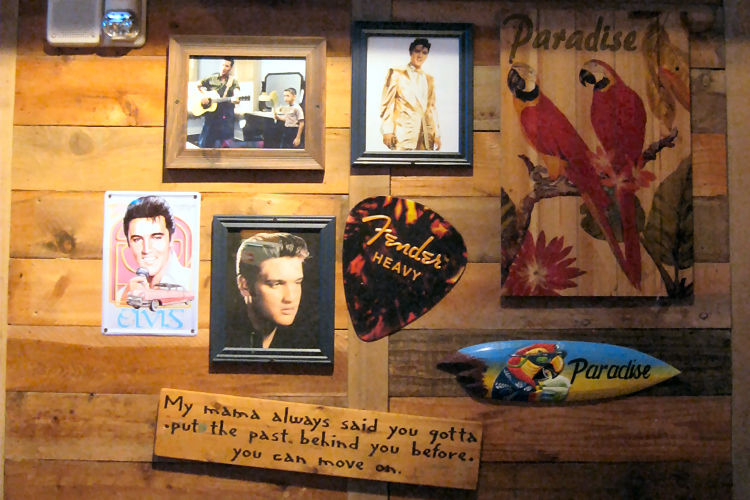 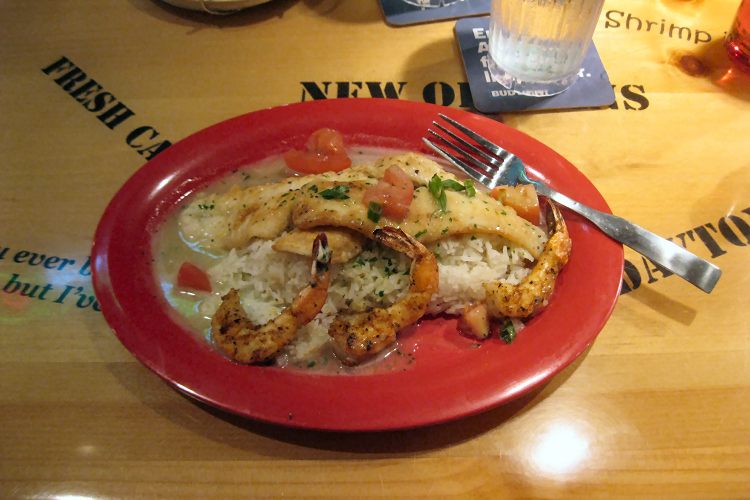 Because I have an egg allergy, I'm always wary of trying new foods at restaurants even if I have everything with me to prevent having an attack. I usually expect to have something on a menu that's similar to what I make at home, but Bubba Gump Shrimp Co. actually had a lot of options for me. I was super excited to try the Accidental Fish and Shrimp Dish which was flounder with shrimp, jasmine rice, butter sauce, and roma tomatoes, and it was delicious! The entire atmosphere of the restaurant was completely relaxing and laid-back, so nobody was in a rush to eat their dinner (lunch) or hurry up with dessert. All of the staff was helpful and welcoming, even the manager came by to ask us how our meal was. I'm looking forward to go back and trying the Shrimp Scampi. 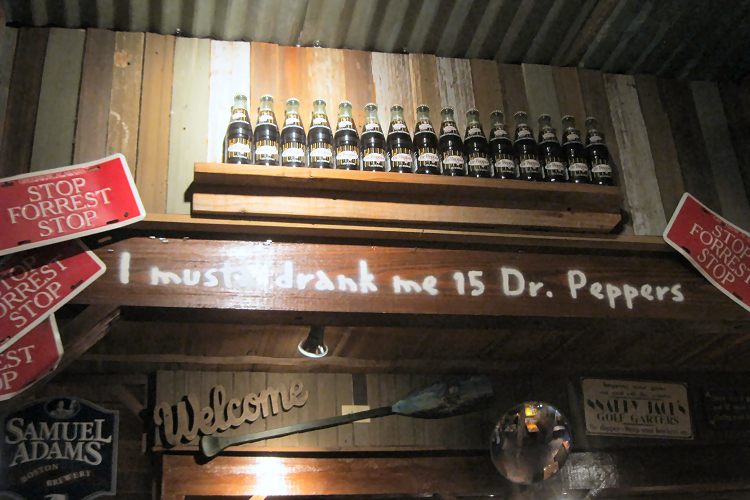 While you're waiting for your food, the servers will play games of trivia with you. Though my mental Rolodex of the film was a little fuzzy, it was helpful that some of the decorations around the restaurant gave me a refresher course. I'm pretty sure I wouldn't have gotten the Dr. Peppers question right if I hadn't seen it as we walked in. 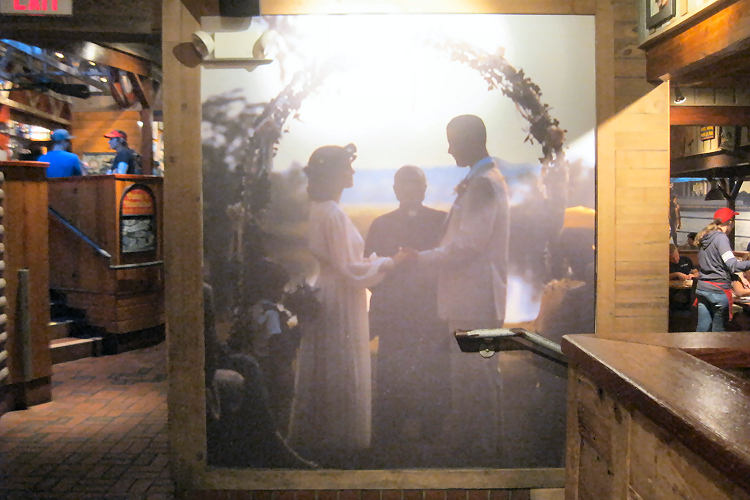