5 Movies To Watch Out For This Holiday Season 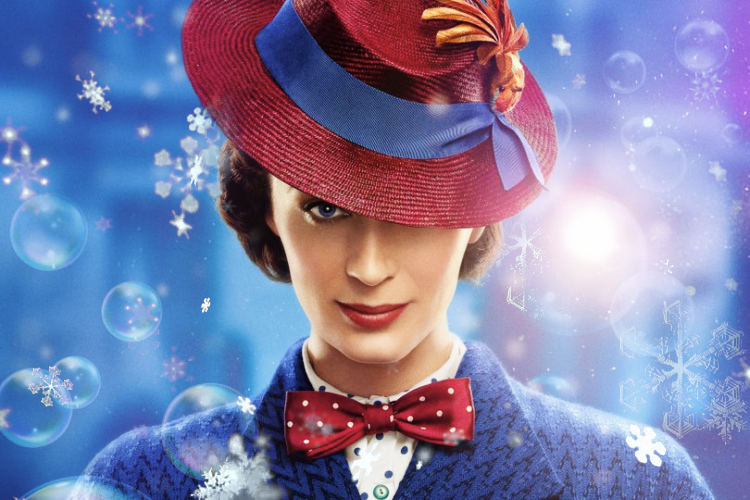 The holiday season is one of the biggest times of the year to spend time with family and go to the movies. From traditional feel-good fare to superheroes and surviving the end of the world, this year, perhaps more than any other, is bringing a big variety of films to enjoy. There are some awesome movies coming out this holiday season that are definitely on my radar, and might be on yours too. Here are five movies to watch out for in December. Which ones are you most excited to see? Let me know in the comments!

Perhaps the most traditional Christmas movie on this list is Buttons. During a time of robber barons, mills, and rising industry, two orphan children meet unexpected visitors (Dick Van Dyke & Angela Lansbury) who turn the tide of events and change their lives forever. This looks like a lovely film and reminds me of some of the old Classic Hollywood musicals that I love. The end of the film will include a tribute to legendary dancer, director, and choreographer Gene Kelly, hosted by Kelly’s wife and biographer, Patricia Ward Kelly. And the proceeds of the film will go to benefit Kate Winslet's Golden Hat Foundation, helping those living with autism. Buttons is only available for one showing through FathomEvents.

Spider-Man: Into the Spider-Verse / December 12th

Alternate universes of Spider-Man collide in Brooklyn when a kid Miles Morales starts exhibiting spider-man-like abilities and begins taking lessons from his partners-against-crime. The animation for the film looks absolutely incredible. I caught the trailer while seeing Venom and I've never seen anything quite like this. It'll be amazing to see all different kinds of Spider-Mans come together in one movie.

Starring Emily Blunt and Lin-Manuel Miranda, the Disney classic and P.L. Travers heroine Mary Poppins returns to the big screen. While suffering a personal loss, Poppins comes back to the Banks' children all grown up to help remind them of the power of imagination. Even though the expectations are high with this one in comparison to the original, this is already starting to garner Oscar attention. From the sound of the story and direction, it sounds like we need this kind of movie now more than ever.

Half-Atlantean half-Human Arthur Curry (Jason Momoa) is called back to his home of Atlantis and battle for the throne as King of the Seven Seas. I've been excited for this one for a long time, and it'll be fun to go to Atlantis and tropical islands when winter starts kicking in. DCEU could definitely use a hit and it looks like the reactions are positive for the movie so far. *crossing my Triton*

Anna and the Apocalypse / TBD

Nothing says Christmas like a zombie apocalypse musical. Obviously, with my love of The Walking Dead, this one peaked my interest as soon as I saw the trailer. Anna and her friends are forced to fight for their lives when zombies invade their small town and race to find their loved ones. This one definitely jumps out of the box from your typical Christmas movies. Only problem is that it's hard to find - so check your local showtimes and the official website to see when it will be available in your area.
at November 18, 2018