Why It’s Okay To Lean Onto Fandom in Troubled Times 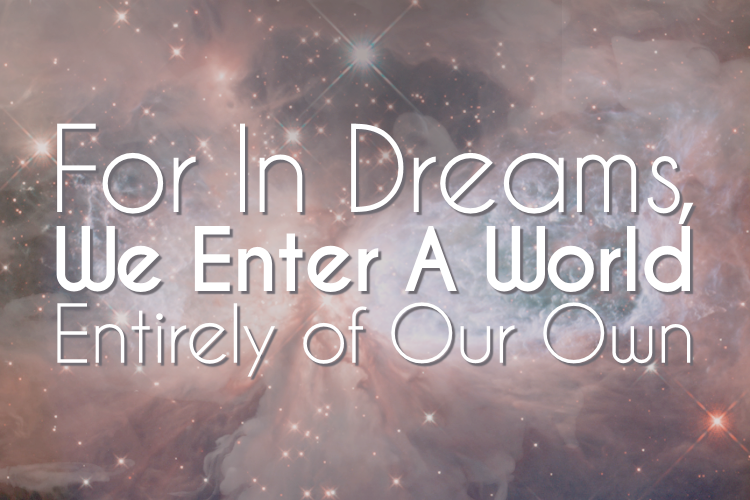 Every day there are always more shocking and disturbing headlines highlighting what’s going wrong in the world. Not that tragic, controversial, or destructive incidents haven’t been occurring since the beginning of time, but now with social media, the spotlight singles out every event at the same time: gun violence, net neutrality, police brutality, incompetent governments, Families Belong Together, horrific allegations of abuse and sexual assault - to name a few. As technology captures every minuscule or massive piece of news, the world never stops watching and reporting, moving faster than humans can process one event from the next.

The news has become so rampant and extreme, reality is a blender of all of our scariest dystopias because life is becoming a real dystopia. One day it’s The Handmaid’s Tale. The next day it’s 1984. Or Brave New World or Animal Farm. Combining them all together can feel like we're in a never-ending episode of Black Mirror, so much so we only wish Rod Serling was narrating us for The Twilight Zone. While we all have the best intentions to log onto the internet or social media to stay-up-to-date, what we see and read almost binds us to our sails being deflated. No matter what at the end of the day we're still normal people with a sense of responsibility to the world around us, who are also trying to do our best. But it's also so easy to feel absolutely helpless about it all.

As someone with anxiety, I often fall down the rabbit hole of worry, guilt, and overthinking on a normal day. In the words of Winona Ryder: “I think too much. I think ahead. I think behind. I think sideways. I think it all. If it exists, I’ve ****ing thought of it.” Anxiety, itself, is not a pleasure cruise. It’s a constant ping-pong game of “coulda/woulda/shoulda” where most decisions I make are wrong, but doing something - anything - feels a smidgen better than doing nothing at all. Needless to say, I have the emotional range of a ladle, not a teaspoon.

Couple my 'regular' anxiety with trying to be socially conscious, and it can be a mental recipe for disaster. A simple dive on Twitter or browsing articles leaves me questioning if it’s enough to read about what’s going on; doubting that if I sign a petition will its supporters actually be heard; wondering if it’s enough to re-tweet an important cause to hopefully move the degree of awareness a centimeter. When I feel good about my own little corner, which can be anything from being pleased with my writing to taking a walk around my neighborhood or watching Wheel of Fortune with my cat, sometimes shame leaks in because reality for others is far from good; confusion stops me in my tracks because orchestrated happy-go-lucky feeds on Instagram look like an alternative reality, a fantasy I want to be apart of but can't quite capture. For a moment in time, life will be okay before I'm back to normal anxiety.

Even though I'm an anxious social butterfly, I assume most normal people are affected by what’s going on around them and are trying to find a balance in not letting the headlines overwhelm them. Maybe they’re exhausted and don’t read for fun as much as they used to, or instead of being more interactive in their favorite fandoms, they gradually withdraw; it's what I do; sometimes let the hopeless sink in more than the hope. Maybe we feel foolish about cosplaying, debating about our favorite ships, or binge-watching a show because we know there are so much more worrisome things going on beyond our front door, at our borders, in the White House, and across the pond. On better days, if we get it right and let all of the negative press go, our stress is more manageable but not entirely gone.

It's been long understood that getting lost in a good book can ease our stress, expand our world views, and strengthen our empathy. Even cinema therapy, just sitting back and watching a movie allows us to disconnect, relax, and brings catharsis to emotions we sweep under the rug. So equally, fandom is not all that different for being great for your mental health, creating a sense of belonging, making you happier, and helping you think critically. Escaping into fandom - whether it's movies, music, television shows, or books - actually helps us understand and cope with the real world.

To be honest, there's a difference between connecting to the outside world and being a volunteer social media activist; the latter is honestly a real privilege for those who spend all day online commenting on every development. And that line often gets blurred. Not seeing someone online all the time is easily lumped into assuming that person is woefully ignorant. Just because anyone doesn’t share all of their thoughts online doesn’t mean most of us don't have a heart, a brain, or the nerve to stay up-to-date. Sometimes we just need a break.

Fandom is the best place for me to be anxiety-free, and that's no easy feat. What I’ve learned is that it’s okay to tune into the world and also change the channel. It’s fine to pause for our own sanity; to ban myself from social media or only give myself a set limit to play catch-up and then move on. Not posting on social media doesn’t mean we don’t have our own thoughts about what’s going on or that we're complicit with someone else's actions. Crossing the threshold from reality to fiction doesn't make the happiness, or sadness, or anger created by something or someone fictional invalid or inauthentic. Anything you experience is an essential piece of your whole life, so try your best to not let the world's horrors convince you it's not.  It’s okay to lean into fandom during these dark times.

The whole world goes around and around, and so does yours. Anything you do is worth validating, accepting, and celebrating, fandom-related or not. If you want to hang out in your Hogwarts common room, Tardis, or Millennium Falcon, go ahead. That's why they were made in the first place: to help us escape and forget about "real" things for a while. Netflix and Fondue (or chill). Feel proud about meeting a goal, or sad about failing at something; go cosplaying and to conventions, brandish your wand or sonic screwdriver or lightsaber and have a movie or tv show marathon. This muggle world is a bit of a mess, so go ahead and conjure, beam, or holograph something that shines a light on your corner...even if it's just for a little while.
at August 10, 2018