Wonder Woman 1984 automatically brings one iconic book to mind: George Orwell's classic Nineteen Eighty-Four. In his dystopian novel, Big Brother watches over everybody as the Thought Police persecutes anyone who thinks and acts independently than the whole of society. The full story explores themes of nonconforming identities under a totalitarian regime, and propaganda used by the government to strip people of their freedom.

To go from the page to reality, Wonder Woman's sequel is set in the early 1980s, and the title itself cements the movie right along the lines of the Cold War. International tensions began shortly after World War II as the United States believed Russia sought world domination through communism; the U.S. put political, economical, and military pressure on the Soviet Union until it disintegrated. The ideas that Orwell's Nineteen Eighty-Four explored fits in with the movie's timeline. (George Orwell even coined the term Cold War in an essay You and the Atom.)

Here's a taste of how chaotic the year 1984 actually was: Ghandi was assassinated, AIDS virus was identified, Ronald Reagan becomes President, Margaret Thatcher won the general elections in the U.K., and banks freefell into a Post-Depression crisis. While on the lighter side, six astronauts attempted first untethered space walk, Magnum P.I, Dynasty, and Cheers were hit television shows, and the Apple Macintosh was introduced.

When we last saw Diana, she and the Allies were victorious in WWI, however she was left fighting off being dischanted by mankind after witnessing some of its greatest evils. From the 1940s with Japanese Internment Camps to the Red Scare in the 1950s, Diana's going to become familiar with how isolated the U.S. (and the world) makes itself.  Some signs are already pointing to exploring Diana's sense of disillusion in the 'modern' era. As we know Diana has distanced herself from mankind throughout the 20th Century, the 1980s might play an even bigger role in her choice. 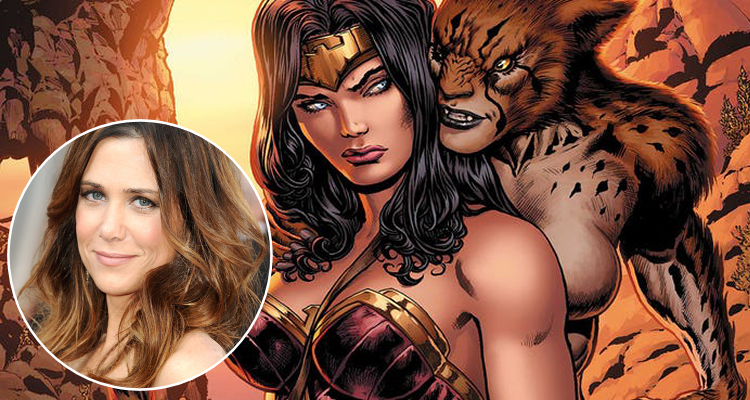 In March 2018, Patty Jenkins shockingly revealed via Twitter than SNL Legend and actress Kristen Wiig joined the cast. She will be taking on the role of Cheetah, who's one of Diana's most popular villains.

Cheetah crosses paths with Wonder Woman through several iterations in the comic books, but most believe she'll playing Barbara Ann Minerva - though which version is not yet confirmed. Basically, she's a British archaeologist who uncovers the lost of city of Urzkartagan and transforms into a human/cat hybrid. In the earliest version, Minerva after becoming the Cheetah, she will do anything to defeat Wonder Woman to own the Lasso of Truth and add it to her collection of historical artifacts. In the newest version, Minerva and Prince are friends first instead of foes; Minerva is tricked into becoming the Cheetah, something Diana blames herself for. And the two have on and off rifts between them. With the emergence of Cheetah, it's possible we might see Themyscira again, as Paradise Island and her mother Hippolyta are regularly used as a threat against Diana by Cheetah and possibly her other villains-to-be. 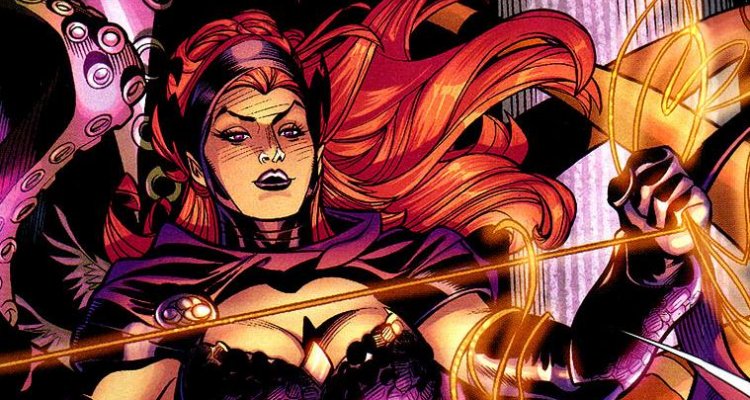 Though Minerva becomes a mystical empowered demi-god, Wonder Woman 1984 is currently filming under the title "Magic Hour". Which brings up the question if the sequel might use misdirection over the main villain i.e. Ares's identity in the first movie.

Circe is an immortal sorceress with immense beauty whose powers includes magic, projective animal metamorphosis, clairvoyance, and teleportation. Her history with Wonder Woman is complicated to say the least, but her beef goes all the way back to the Amazons, which she thought Ares had destroyed. When Diana unexpectedly comes onto the scene years later, Circe's convinced that she's a witch fulfilling out a prophecy Circe's maker once promised and and she must kill her in order to possess her powers. There's a lot of kidnappings, betrayals, being cast to Hades - you know Greek mythology OVERLOAD. Mayhem ensues throughout several different comic book storylines, but basically the two duel it out over powers of the Gods, each trying to claim the title of Wonder Woman. In two different feuds with Circe, one takes place in Washington D.C. (where WW1984 is currently filming) as Circe begins a declaration of war between the United States and the Amazons with nuclear warheads, and she uses Cheetah plus a few other of semi- villains against Wonder Woman in another feud. 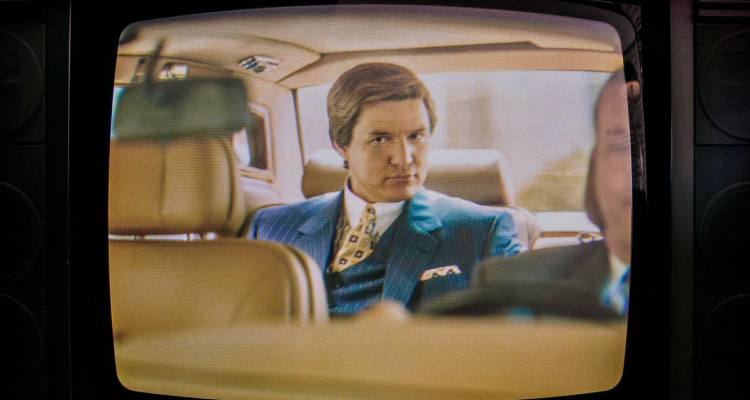 From what we know of Wonder Woman 1984 so far, it's a relatively small cast. Pedro Pascal has been added in an undisclosed role, which leaves plenty of room to easily assume he's the main villain.

Stemming off the movie's title referencing 1984, Big Brother is easily watching Wonder Woman. In fact, there's one theory that might tie in the elements of the media's affect and how it could be used against Diana.

In the comic books, Mr Terrific and Batman create a satellite called Brother Eye, also known as Brother 1, to monitor and neutralize all superhuman threats. When it goes rogue after gaining sentience, the Justice League destroy it. In the Infinite Crisis storyline, Maxwell Lord, a supervillain who has been gaining intel on the Justice League in order to disband them and is eventually given ownership of the satellite. He creates a mini-virus that transforms humans into cyborgs. Due to his telepathic abilities, he convinces Superman to try to kill Wonder Woman and attacks her in public. During the heat of the fight, Wonder Woman realizes she can get more answers from Lord, who persuades her to kill him. She walks into his trap and kills him, thus letting Lord broadcast the footage for the whole world to see. This temporarily ruins Wonder Woman's reputation, despite saving lives. Lord using the satellites against and mixing the ideas of the world always watching each other easily ties in the ideas of 1984, effectively threatening Diana's stance as a superhero, and Minerva getting caught in the crossfire due to Lord's telepathic abilities.

There are a few other theories about who Pascal might play: some rumor that he'll be a god in disguise such as Zeus or Ares's son Demios. Or may even be toying with Diana's heart as an ex-companion.

Hey, Steve. Yeah, last time we saw you...you were pretty dead. Soo, ummm...Welcome back good-lookin'! The last time we saw Trevor he broke our hearts by wanting more time with Diana than they got and sacrificed himself in order for her to defeat Dr Poison, General Ludendorff, and Ares.

How is Steve returning? Jenkins revealed during the San Diego Comic Con that WW1984 is not a direct sequel of the first film. So this opens up all kinds of possibilities for Pine's return. The most popular rumor is that the fountain he recovered in at Themyscira gave him immortal powers or he's merely the villain in disguise to manipulate Wonder Woman. While it'd be pretty cool that Trevor has nine lives, that kind of goes against the power of the first movie's ending. Additionally, misdirection over Wonder Woman's villain has been said and done before in the first movie.

My favorite theory suggests that WW1984 is going full circle. In the original television series, Steve Trevor was also killed in WWI but comes back as his son Steve Trevor - both characters were played by the same actor. In Jenkins's first Wonder Woman movie, Trevor laments about settling down and having a family when the war is over...is there a possibility he fathered a child he never knew about, and that child grew up knowing his dad died a WWI hero? which is why Steve Jr tries to reunite with Diana?


Diana's Past and Present Collide

While it is a lot to go off of, the costume design is honing in on Diana's original style. Some on-set production photos hints that the current reigning Wonder Woman might be coming full circle with the former television queen portrayed by Lynda Carter. The original Wonder Woman has been popping up as wardrobe easter eggs since the red number in Batman vs Superman: Dawn of the Justice and the blue gala dress in Wonder Woman.  And, the connections continue with the middle beige and grey suit Gadot wears as seen on the WW1984's set.

Rumors have been swirling since the first movie it's only a matter of time before Carter makes a cameo in one of Jenkins's WW movies, and as far as we know, the duo was still in talks for her own appearance as early as April 2018. If Pine ends up playing a younger son version of Steve, and Carter twirls her way into the movie, there is a possibility that Wonder Woman 1984 could be more meta than we anticipated.

What do you guys think of Wonder Woman 1984? What do you think about Steve's return? I'm super excited about the possibilities of where it could go. Let me know your thoughts!
at August 22, 2018