What A Strong Female Character Means To Me 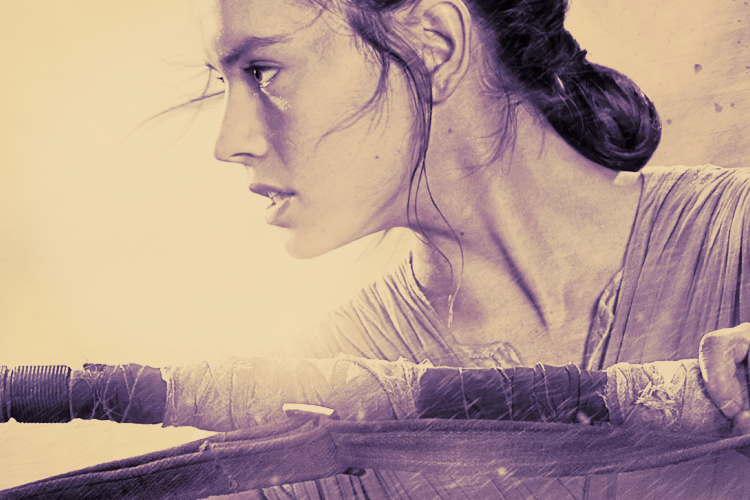 Women are more than cardboard cut-outs. But that's not how they are portrayed in pop culture. One term comes up a lot when the media or a fandom want to describe them, and that's Strong Female Character. In fact, that label comes up so much, I'm at a point where I don't know what it means anymore except that if there's a poster of a heroine wielding a weapon "she's a bad-ass and I'm automatically supposed to love her".


Recently I started thinking about SFCs, and how they're stuck with a copy-and-paste-personality of one part brawns and two parts boobs, measured by a standard that keeps moving and yet stands still. If a heroine dismantles the system, she's automatically more interesting than the ones who stay behind to serve in politics or keep their families safe. If an independent bosslady falls in love, that's the only aspect of their life that matters. If the girl-next-door doesn't want anything to do with a guy, he'll convince her until she gives in. And so it goes. Too often SFCs are experts at falling into one trope or having one mission, but fail hopelessly at everything else in their lives.

When I think of my favorite female characters, they come from all walks of life in fandom:  Belle from Beauty and the Beast, Okoye/Shuri/Nakia from Black Panther, all of the women from The Walking Dead, Uhara from Star Trek, Princess Leia, Rey, and Rose from Star Wars. And the list goes on and on. They take on unique roles, sometimes the hardest ones if the writing is deplorable, and explore different arcs of a story. But they have a few traits in common: they're personable, layered, and multi-faceted. And that's why I started figuring out - what is a strong female character anyways. How do you define Strong Female Character? Who are some of your favorites? I'd love to know in the comments below!

*Chandler Bing voice* Where are all the FRIENDS? A lot of my favorite female characters actually lack this quality because there's an unwritten rule that women can only handle knowing one person at a time or only being acquainted with women if they're fighting over a man. Men outnumber women 2:1 in movies and tv shows, and since challenging myself to be in tune with this statistic, it's disheartening when you see this in action - no matter the genre. So a friendship between a woman and someone else of any gender (especially women) or even a female hero fighting a female villain is a breath of fresh air.

Have Their Own Agenda

Strong Female Characters are destined to save the world, but isn't it more interesting when they have their own agenda? If they're on the same side, they don't have to take the same route to victory and can veer outside a predictable hero's journey. In Black Panther, Shuri is a genius who protects Wakanda from every kind of threat you can imagine; Nakia is a spy and wants to expose Wakanda to the rest of the world to help others who are lost; Okoye is a General of fellow female warriors who are loyal to the throne no matter who rules it. They all love their country and are connected to Black Panther, but they have their own agendas, skills, and motives. And they're all passionate as hell about what they believe, they're willing to fight for it and use their voice. By contrast in Harry Potter, Molly Weasley and Narcissa Malfoy are both protective mothers and powerful witches but they fight for opposite causes...which brings me to...

So Bad They're Good

Strong Female Characters don't have to be a protagonist, or even the other phrase that I deplore, "likable". I don't know when this trend started, but liking an evil character does not mean we stand for what they believe in or support their merciless actions. For good reasons, Dolores Umbridge is considered a more hated villain than Voldemort in Harry Potter, but just like Minerva McGonagall, she has her own agenda and beliefs. Umbridge doesn't have any redeeming qualities and that's okay - some people are twisted and vile. SFCs who are pure evil or follow a high moral code are still interesting and can be appreciated if they have their own lives to fill.

Vulture collected fifty scripts detailing how women are described based on their looks versus personalities. As writers continually objectify female characters, it's unsurprising how often their beauty or ugliness was a central theme more than their behavior or motivations. While believing that women are only boobs with eyes is another issue all together, the "go-to" method of obliterating a women's physical presence is a startling tactic used to propel men's stories forward. It's terrifying that writers think women only know how to value themselves or build emotional layers by through how their bodies are treated by other people unless they're killed off.

Unless it's done with nuance, i.e. Jessica Jones on Netflix, sexual assault, rape, domestic violence, or being murdered shouldn't be pulled out of a hat because writers "don't know how to write women". Not only is it entirely disrespectful to survivors, mutilating a woman's body and emotions to propel a man's arc forward glorifies violence against women. At some point, we might as well stay headless.

♫I Don't Give a Damn About Your Stupid Decorations♫

The Bechdel test, which measures how two or more female characters spend their screentime talking about other subjects besides men, is the most popular standard of discerning if a female character is strong or not. However, another great method is the Sexy Lamp Test, where a character is determined if she has as much impact on a story if she was replaced by a lamp.

If a character is more than an extra, her choices and actions should have a cause and effect. But more than that, how are other characters affected positively or negatively by her actions? If a character is confident in her skills, intelligence, beauty, etc. how does she stay confident? where did she get it from in the first place? If she has insecurities, why does she have them - bad relationships, bullied in school, a shitty society telling her she should be something else? So a Strong Female Character should know her value for herself and the story, and if she doesn't, at least give her something interesting to figure it out.

♫Let's Get Emotional and Physical, Yeah!♫

If a man wrestles with his emotions, he's dark and brooding or he's an adorable puppy who needs a lot of love. His vulnerability is as effective as flexing his muscles or tearing off his clothes. If a female character shows her emotions, she is bound by them called hysterical if she cries or shows anger, her extroverted personality makes her stronger than being introverted. To show physical prowess over any other trait qualifies her as unstoppable. But a woman can be emotional and physical. When a woman blows everything up, that's bad-ass. If she can also be a human being, and not just a human machine gun in tight suits, that's even better.

Rarely, do we ever meet someone else who is "just smart", "just beautiful", "just sporty", etc. So why by default should I love Strong Female Characters because they are....strong? I can't do anything with characters who are one-dimensional. Not only is there room for complex fictional role models, but it's too tiring to desperately read through invisible lines trying to find out why she's important to the story, who she is as a person, and feeling like there was so much wasted potential. (And, I already have enough existential crises of my own to take on more.)

Women are more than one thing. Whether they're saving the world, running an office, raising kids, falling in love or staying single, etc., they can be kind, determined, impatient, empathetic, frustrated, outgoing, quiet, vulnerable, closed-off, happy, sad - whatever we need to be to come alive on the page or screen. We can be all the things!!!