Ashley Eckstein's It's Your Universe: You Have the Power to Make It Happen Book Launch 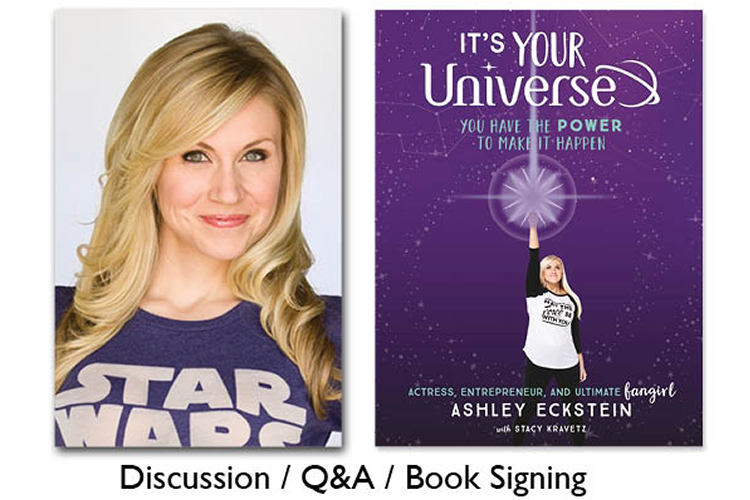 Ask any Star Wars fan, especially of The Clone Wars, and they probably know the name of Ashley Eckstein and her voice for the popular character Ahsoka Tano. Same goes for female geeks of all ages who love the adorable and comfortable clothing line known as Her Universe. Having loved Her Universe and been following Eckstein on Instagram, I learned that she was going to be in Orlando for the launch of her book It's Your Universe: You Have the Power to Make It Happen. Though I prefer to stay inside my hut on Jakku, this wasn't an opportunity I was going to pass up! I hadn't even met her yet, and already she was pushing me out of my comfort zone.


This was my first time attending a book signing, and the event at Barnes and Noble was way more organized and fun than I expected it to be. After I purchased my book and was given a guaranteed wristband for an autograph, there was nothing to do but wait. I was happy to arrive two hours early to the signing because I was surprised to see fellow fans already there (she had another signing in the area earlier in the week, which I had expected would lessen attendance) and how much the crowd continued to grow.

One of my favorite things to do to pass the time was beginning It's Your Universe and watch female geeks of all ages turn up in style with clothes from Her Universe; it was unique and inspiring to see people wearing Ashley's clothes in front of the woman who started it all. This only fit even more into the theme of her book - a semi-autobiography of what she's learned while growing up with a love of Disney and pursuing acting, as well as a guide book of how to achieve your dreams. If she can do it, maybe I can too.

The evening began with a quick Q&A from fans who asked about her time voicing Ahsoka Tano (she got the role by going against the rules and speaking out during the auditioning process just like the directors imagined the character) and how she met the illustrator Ashley Taylor (Taylor was once told by her teacher to quit being an artist and find something else do with her life).  Eckstein is like a Disney Star Wars Princess in real life. She's bubbly, energetic, and makes you feel like anything is possible. It was impossible to not feel like you can take on the universe after listening to them share their experiences so far and what they've been able to accomplish. 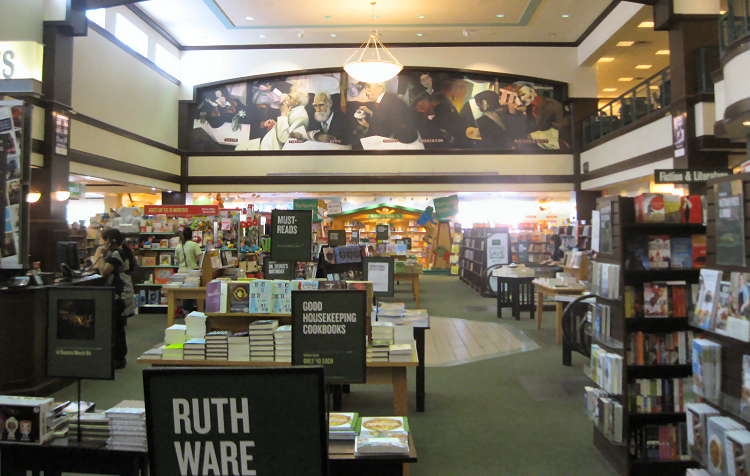 Of course, I'm a huge bookstore nerd, and I couldn't help myself talking pictures of this massive Barnes and Noble. I had to share this photo. It was so beautiful. Not only did it have two floors (pretty unheard of for a standalone store in Florida), but it had its own DVDs and CDs section (something else I haven't seen in a B&N in long time). The only downside was the limited Harry Potter selection - it felt so small in this massive utopia. 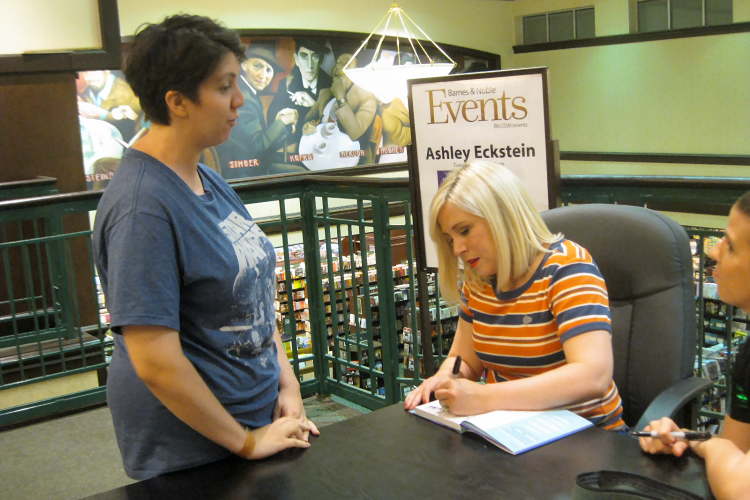 This was actually the first time I was pretty nervous meeting a famous person. Usually when I attend conventions, I make the best of the moment that might never happen again and compliment their work, but the only thing I could think of to say to Ashley was "I'm nervous" and something about how amazing the community of female geeks has come along and her influence. (Eckstein also has the clearest blue eyes I've ever seen in my life *smitten*). Both Ashleys were so nice and reassuring about not being nervous and asking me about my interests, and what I planned on doing, and that I can do anything if I put my mind to it.

After the event, I kept thinking about how I stood in line for Ashleys' autograph with other female geeks (and men - the crowd was gender neutral) and how they were like me - young women having just graduated from college, are on their way, and stuck-in-between. Not only has the community of fandom grown so much since I was teenager, I was reassured by the fact that we're all trying to figure out what it is we want to do and where we're going. I'm more than hopeful Ashley's book is definitely going to start us off in the right direction! My review of It's Your Universe: You Have the Power to Make It Happen will be up soon! (This is not a sponsored link - I won't make a commission if you buy a copy which I recommend because I love the book so far)
at May 12, 2018