Ant-Man and the Wasp (2018) Trailer Reaction 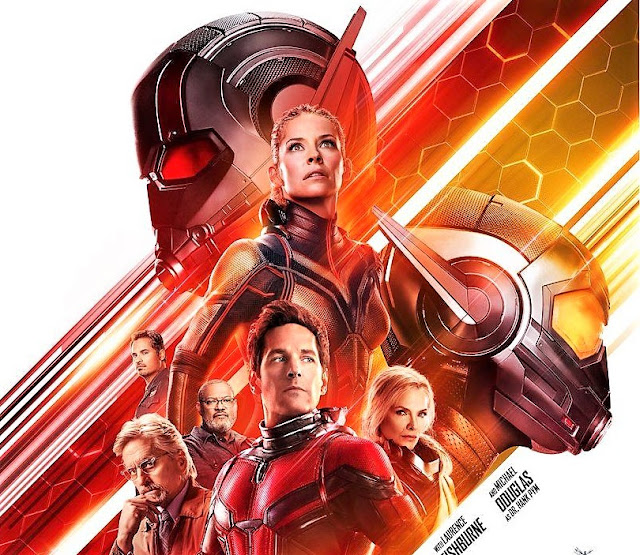 When we think of The Avengers, the originals like Iron Man and Captain America might be the first team members come to mind. As the Marvel cinematic phenomenon starts filling out their universe with Black Panther and Spider-Man, one tiny funny and heartwarming installment Ant-Man stole our hearts and continues to slip under the radar. After the depressing but exciting hellfire that was Avengers: Infinity War, we've been blessed with the adventurous, lighthearted sequel Ant-Man and the Wasp. Let's see what the gang is up to lately. Hold tight as we zoom into the new trailer! SPOILERS BEYOND THIS POINT

In the first Ant-Man, Scott Lang (Paul Rudd) successfully trained with scientist Hank Pym's (Michael Douglas) with his daughter Hope van Dyne (Evangeline Lily) to use his Ant-Man shrinking technology. Together they stopped former protege Darren Cross (Corey Stoll) from militarizing Hank's designs. Set between Captain America: Civil War and Avengers: Infinity War, Scott is now uder house arrest left to balance life with his daughter and being a superhero. Here, Hank, Hope and Scott are teaming up with old friends for a new mission.

0:01 - Already the trailer is starting with Scott and Cassie's relationship. I'm so happy they already carried the father / daughter dynamic over from the first movie. Are we getting a TEENAGE version? This hurts my heart.
0:05 - the special effects are INSANE
0:10 - "I wish I could fight bad guys like you." Omg, Cassie is exactly like Hope with her dad.
0:18 - Ant-Man trying to stop the truck in the middle of the street - perfect timing

0:25 - "Maybe you just need someone watching your back." *cue Hope as the Wasp* YAASSS QUEEN
0:36 - They're bringing back the Quantum Realm!! And I just have so many questions. First, it's supposed to be a tiny universe instead of something in time and space and reality that nobody really understands. ALSO, how did Hope's mom survive there for so long? How can you survive being subatomic? What did Scott encounter there? Was it Hanks' wife?! OMG.
0:39 - The Ghost costume is so cool, and the idea of someone having Hank's technology but can manipulate it to be intangible, plus shrink and expand, is craaaazzyyyy.

0:54 - "We robbed you. That was us." I'm not a big fan of Michael Pena but he's hilarious. What are people trying to rob from Hank this time?
1:00 - "The only way this works is with both of you."
1:08 - I love the seamlessness of Hope and Scott shrinking and expanding themselves and weapons around them. The special-effects is incredibly underrated.
1:16 - Yes, we just saw an ant play the drums. I want to know how that happens ASAP
1:21 - It Takes Two by Rob Base & DJ EZ Rock is THE BEST SONG FOR THIS

1:34 - Is that Hope's Mom?!
1:50 - Would you rather be able to shrink or expand? *grimmace face* If I had to choose, probably the former. I think either one would be incredibly traumatizing instead of cool.
1: 53 - Ant-Man and the Wasp logo is SO SHINY. I'd love to see Hope and Scott more as partners-in-crime rather than a romantic-partners-in-crime, but we'll see.
2:00 - Of course, they would talk about their size records. Boys.
2:08 - 65 FEET. THAT IS TERRIFYING.

If you told me six months ago Ant-Man would be one of my favorite Marvel movies, I'd think you were lying. But now with Ant-Man and the Wasp, I'm so freaking giddy over the sequel. From Evangeline Lily kicking butt as The Wasp to having a woman of color (Hannah John-Kamen who's first four movies are major franchises) as an antagonist, and everything in-between. What are your thoughts about the trailer? Are you excited?