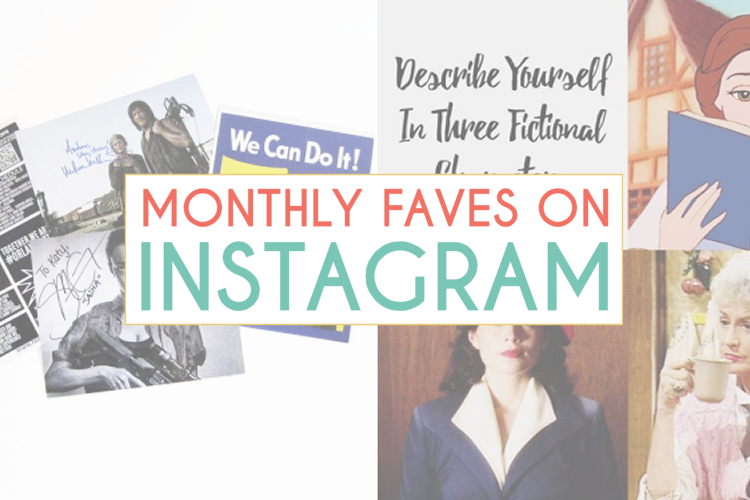 It's finally autumn! Well, about halfway through October. The thing about living in Florida is that the seasons change for the rest of the world. It's still just hot down here. So Happy Fall to all! It's time to take a brief look back at September and some geeky faves that happened last month.

FanFest - The day finally arrived for me to meet some of The Walking Dead cast. It was so moving and fun to be apart of such a well-meaning event, where all of the proceeds went to OneOrlando. Meeting several members of the show is something I'll never forget.

3 Fictional Characters - A meme spread throughout social media to describe yourself in three fictional characters. I chose Belle (initially) from Beauty and the Best but any version of her would fit (probably). Agent Carter - just 'cause I'm trying to be confident with my value. And Dorothy Zbornack. Offline, I think my face is stuck like her deadpan gaze.

Read The Martian - Hallejuah! Bookish dreams can come true. I finally read The Martian. My mission and wait was worth it. In the case of book versus movie, it was a tough call.

Halloween Costume: For the first time in a few years, I'm super excited about Halloween costume. It was such a long time in the making to find as many similar or exact pieces as possible. What a relief to have it all complete before I go to a major Halloween party. Follow me in Instagram, I'm leading a trail of breadcrumbs.,,,