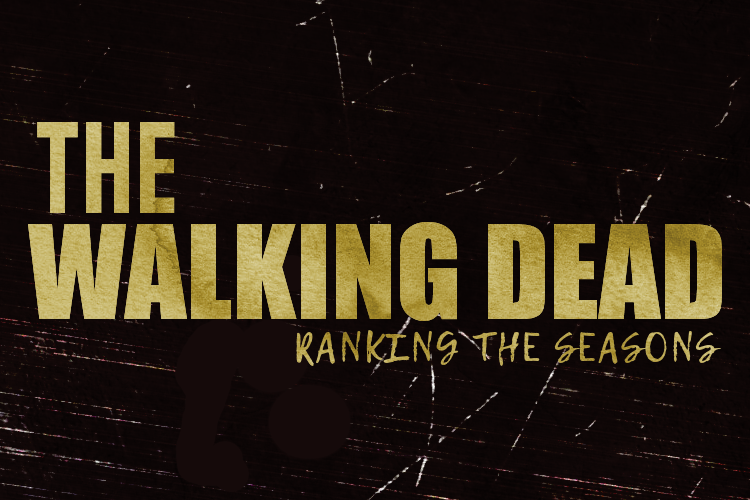 The Walking Dead has just been renewed for an eighth season. It seems like only yesterday the fandom was just tuning into the first season and waiting to see where the show would take the zombie apocalypse next. In celebration of the next stage for the series, I thought it would be a fun challenge to rank the seasons so far.

What's your favorite or least-favorite season so far? Feel free to share your thoughts in the comments! 6. Season Six
Like the Wolves moniker, the series all but tattooed season six's message on our foreheads: Negan was coming. Which is why season six is so wonky - we're just sitting and waiting for the prophecy to be fulfilled. The first half isn't so bad, but in order to implement a major comic book character, the people we've known for five years start acting out of character. Save for some memorable moments (Glenn vs the Dumpster, Richonne, Melissa McBride), this installment just doesn't feel like the show we've been watching. It's stuck between familiarity and a new era we don't know how to prepare for.

Notable Episodes: JSS, Thank You, Start to Finish, No Way Out, No Tomorrow Yet, The Same Boat 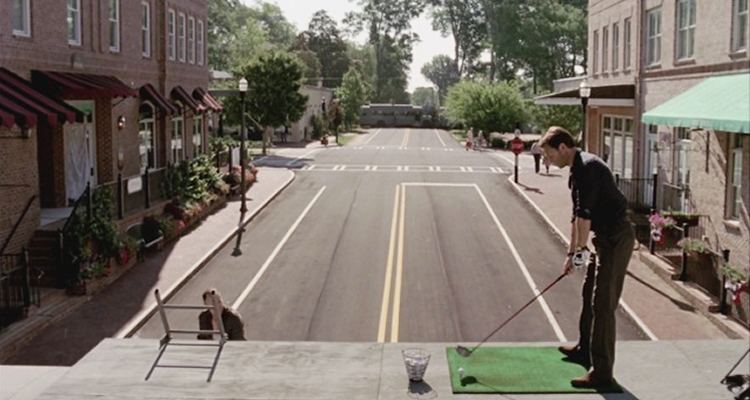 5. Season Three
Team Ricktatorship has a new residence for his cohorts, but things aren't all sunny under this new law of the land. At first, Woodbury looks like the fortified oasis Andrea and her new friend Michonne need. Beyond the running water, electricity, and neighborly house parties, nothing is what it seems. Season three starts out a decent rise exploring how our group has matured in running for supplies and killing walkers, and trying to find stability anywhere. But as the Governor versus Rick takes off, the battle between the two camps looms for the longest time but doesn't reach a satisfying resolution. 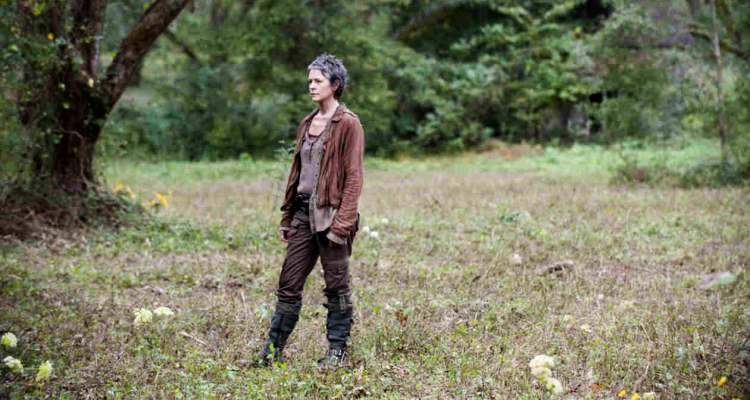 4. Season Four
Rick lets the reigns loose as a leader but is he too far gone from accepting responsibility as the head honcho? It seems like it when everything the group had worked for comes tumbling down. First a deadly flu strain spreads throughout the prison. And then the long-lost Governor returns for his final revenge. Without a viable escape plan, a portion of the season leaves everyone separated and trying to recover. But the timing of Team Family's split as they're scattered in different directions is well-balanced. Every pairing or mini-group has different issues to handle, and there's enough subtle conflict to keep the tension alive on when, if and how they will unite again.

Notable Episodes: 30 Days Without An Accident, Indifference, Too Far Gone, After, Inmates, Claimed, Still, The Grove, A 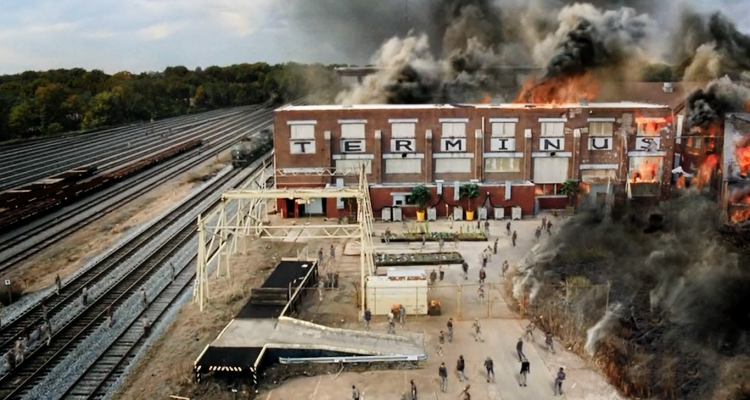 3. Season Five
"They're screwing with the wrong people" at the end of season four seems to set the tone for it's predecessor, only for our expectations to be blown apart. After the loss of the prison and believing each other to be dead, it's great that the group has such an action-packed reunion. And the rest of the season seems to settle here and there. They have to deal with more deaths, and without a place to call home, decide where to go and what to do next. Unlike the dog-eat-dog opponents they've faced before, it's a refreshing new test when they have to bide by another leader's rules and initiate their own survival tactics. 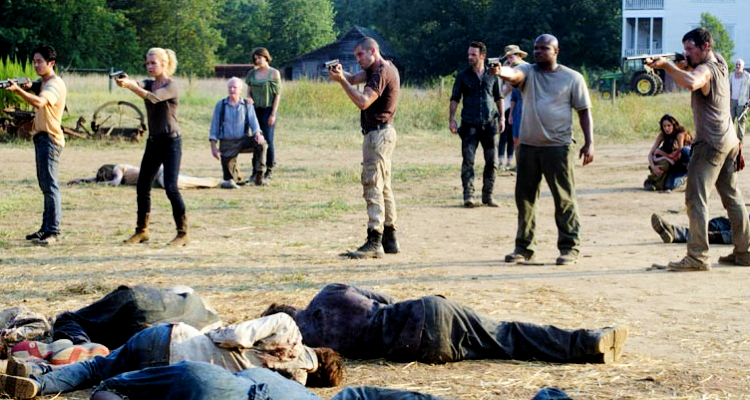 2. Season Two
I know, Herschel's barn. A whole season spent searching for a girl who ends up in arms reach. After the first season eases us into the apocalypse, the second one explores human nature longer and more in depth. One would think scrounging around for shelter to a temporary safe haven would change the stability of the group, but it doesn't. A struggle for innocence and humanity takes root when Carol's daughter goes missing. And Rick's vie for leadership isn't challenged by walkers but by his best friend. The biggest test so far is understanding a new mentality: kill-or-be-killed, something that envelops Rick as the seasons go on. It's great to revisit the group when they're getting their footing.

Notable Episodes: Save The Last One, Cherokee Rose, Pretty Much Dead Already, Nebraska, Trigerfinger, 18 Miles Out, Judge Jury and Executioner, Better Angles, Beside The Dying Fire 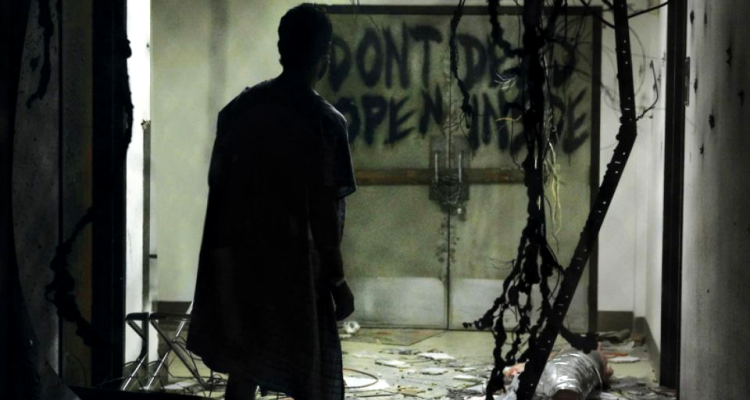 1. Season One
Days Gone By is an incredible premiere. Right away, Rick Grimes hooks us by waking up in a coma in the mist of the apocalypse. The civilized world has been dominated by walkers, yet as the epitome of law and order, he tries to keep the peace. When he catches up with his family, it's just such an effective way of seeing this group of stranded people trying to survive; the vie for leadership between Rick and Shane start, the morality difference between killing walkers/people who are assumed threats. So much development and action is packed into six episodes, not a second of them is wasted.

Email ThisBlogThis!Share to TwitterShare to FacebookShare to Pinterest
Labels: lists, the walking dead