An Ode to DVDs + my recent haul 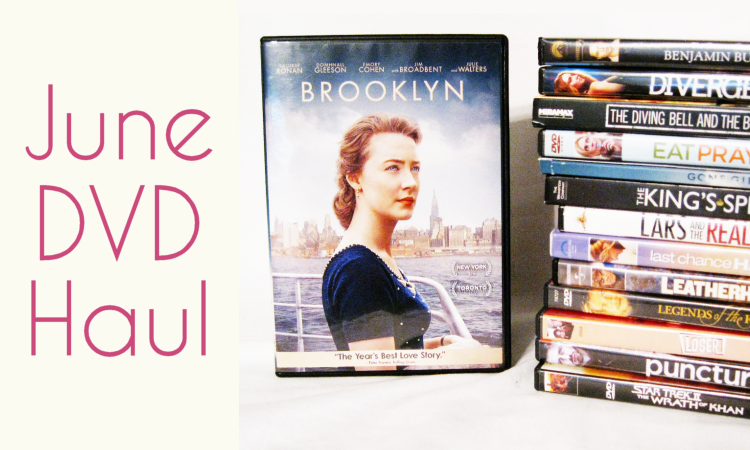 Last month when my sister and I discovered that the sole local DVD rental store was closing, the news was bittersweet. Many Christmases or afternoons while my mom shopped for groceries were spent at this store where hung out with the cashiers to talk about movies.

We'd be lying if we didn't see the signs that a massive clearance sale looming. Last year the shop divided its space into DVDs and (overpriced) pop culture merchandise. The move essentially cut the movie buff demographic in half. Who wanted to see all the dvds squished to the side for toys and gadgets you could buy next door at Wal-Mart? People sprinkled in to rent movies and attend midnight release parties, but not in droves like they used to.

It was weird to visit the store as it was closing down and seeing rows of DVDs marked down. (I can't lament too much about this: I saved like $200....) That's where this very rare dvd haul comes from.

In this awesome world of streaming whatever we want wherever we are, are DVDs officially going out of style? I guess, in a lot of ways, yes, especially for people who don't live like a cave person.

Similar stores like Blockbusters are extinct. Grocery stores have RedBoxes, so renting is still available but the physical location of hanging out with other geeks or parents taking their kids to pick out a special Friday night movie (a faded tradition my family had) has become a thing of the past.

With all of the instant access we have to movies these days, it's hard to remember a time when DVDs were in-style. Almost twenty years ago news broke out that these strange but awesome little discs were going to replace VHS tapes. It was a totally weird concept: discs? like a CD? how would we tape shows to them? WHAAATTT? That's not gonna last. Subsequently, Me and my sister spent that whole summer saving up for our own television, DVD player, and our first buys: The Mummy and Twister. DVDs were once the ultra-cool way of the future. 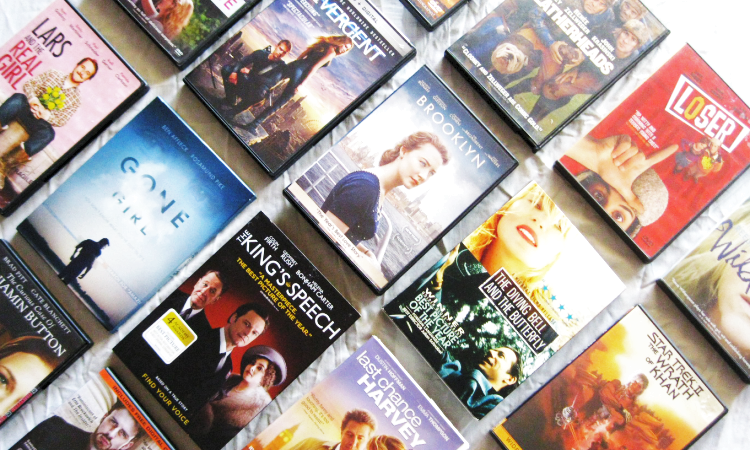 The massive transformation of VHS to DVDs soon ushered in other eras like Dial-Up to Wifi, CDs to Ipods, and VHS Players to DVR devices.

Some things never disappear. Vinyl records for the masses temporarily vanished but it's been coming back. People used to claim that books would be dead and replaced with kindles and ebooks, but literature is flourishing with bookworms. In fact Barnes and Noble sales have plummeted online but risen with physical stores. The community is as active as fandom culture with the conversation about what are you reading and what do you want to read growing exponentially.

But the future for movies looks more and more like it's going to be online in some form of streaming content; less dvds, less movie theaters, less of it in a physical sense. Which is ironic considering this I blog about movies that I, for the most part, watch on my tablet.

When everything is just tapped into online by a smartphone, tablet, or our televisions now, the tangible feelings I have towards movies are getting lost in the shuffle.


My sister and I made memories searching up and down the aisles for that one title we wanted to take home with us, or muddling through the subtle disappointment when some indie movie wasn't in stock and hoping for better luck next time.

Sometimes it's nice to have something physical of a movie similar to the popular ebooks and physical copies debate. Kindles are great to carry 100 books wherever we go, but physical copies are more intimate i.e. holding a book in our lap while sipping a cup of coffee or cuddling into bed.

I'm ALSO a person who, as much as she loves to stream Jessica Jones over and over, has thought: when is Netflix gonna release this on DVD? Not only do I have regular EPIC moments of brain-fartery, but I do get a little giddy popping a DVD in and getting comfy for a movie night, and that somehow feels different to me than streaming.

Amazon, and what's left of stores like Wal-Mart, Target, etc. will surely still stock DVDs as far as we can tell. Getting a movie shipped to my house is a great convenience, but makes the experience of being among other movie buffs a thing of the past. DVDs might not be going out of style just yet; they're just taking on another form that I'll guess I'll have to get on board with....soon.

P.S. The haul itself was pretty good. I bought a fair amount of movies I just wouldn't pay full-price for i.e. Leatherheads, Eat Pray Love, and Loser. I was so excited to get Gone Girl and have watched it....quite a few times. I think my sister and mom suspect there's something wrong with me.
at July 12, 2016