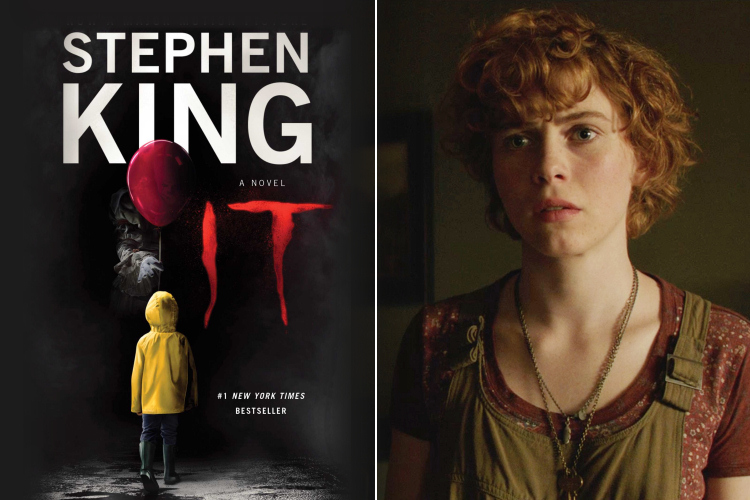 Stephen King has created quite a few memorable female roles – an author's obsessive admirer in Misery, the telekinetic outcast in Carrie, and of course, Beverly Marsh in IT. With Andy Muschietti’s reboot of King’s novel and the reemergence of The Losers Club, I thought it’d be fun to talk about how close the character of Beverly Marsh manages to be different and similar between the book and duo-logy.

This post talks about topics related to Beverly's arc in the book and movie including abuse, sexual violence, and puberty. Read at your own risk.

It's been two years since director Andy Muschietti's adapation of IT took the horror genre by storm. Fans have been craving, dreaming, and waiting for the second half of Stephen King's novel to finally wrap up The Losers Club's battle against Pennywise. In a weird twist of fate, the sequel combines enough elements from the book to be a faithful adaptation, but doesn't organize it enough to feel like a satisfying final chapter.

This review contains spoilers and flashing gifs- read at your own risk!

Email ThisBlogThis!Share to TwitterShare to FacebookShare to Pinterest
Labels: book vs movie, books, horror, it 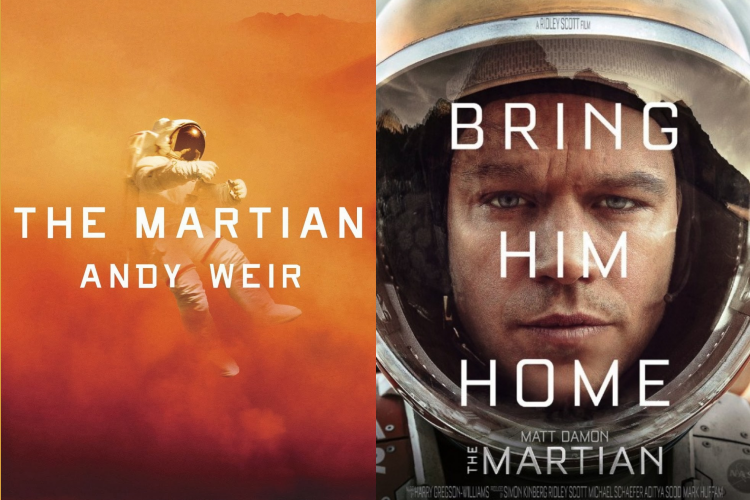 Set in a dystopian Chicago, the city has been broken up into factions sparked by an old war. The separation of society based on different virtues - Abnegation (selfless), Dauntless (brave), Candor (honesty), Erudite (intelligence), Amity (kindness) - is meant to be the new world's pathway to peace. At the ripe age of sixteen teenagers must choose an official faction and leave their old life behind. Beatrice Prior, the main protagonist of the series, is a member of Abegnation navigating her way through the Dauntless world. However, there is more to her selection ceremony results that force her to realize she doesn't belong in this new compartmentalized society. She is Divergent - a member of the factionless that can't be mindlessly controlled by the government.

Based on the worldwide phenomenon by Veronica Roth, let me be the first to say that I didn't have high expectations for the film adaptation. My book review can be read here, however, let me summarize that I thought the film wouldn't be worthy of anything except to see Shailene Woodley and Kate Winslet. However, my expectations were proven wrong. Director Neil Burger (of the forcefully cerebral Limitless) accomplishes a fun entertaining young adult flick. 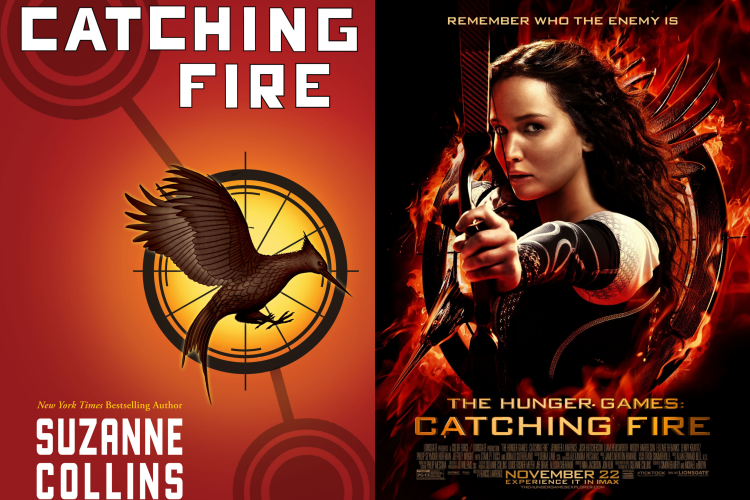 As a reader of The Hunger Games series, but not a passionate enough fan to call myself a "tribute", Catching Fire was my favorite installment of Suzanne Collin's trilogy. Our fictional heroine Katniss Everdeen (Jennifer Lawrence), and her romantic companion Peeta Mallark (Josh Hutcherson), have defied the Capitol's ruling that only one winner can survive their yearly games where competitors fight to the death. Her perseverance and rebellion becomes a symbol of hope, not something President Snow (Donald Sutherland) is willing to stand for.

As victors, Everdeen isnow  forced to realize that winning is more complicated than merely surviving the games. As a regulation for the winners, she must live outside her home of District 12 and mentor future gamers for the rest of her life. To stop another rebellion on his hands, and to end the reign of Everdeen as an inspiration, President Snow summons Everdeen, Mallark, and twenty-four former veteran victors to compete in another round of his homicidal games.

I liked the first movie. Despite the use of the shaky cam and cutting important sequences out of the first adaptation, director Gary Ross created an atmosphere I felt was gritty and raw. When director Francis Lawrence was named to helm Catching Fire, I remained still excited to see what he would make of it.

No doubt the second book tackles more than a new creative vision. By trying to cover more than Everdeen and Mallark struggling with their relationship, the film includes more backstory and undertones of Snow and his new game-maker's plans to annihilate the country's heroine. The practice of showing us how the games were created and manipulated behind the scenes was used in the first film showing, but here it didn't add definition to Everdeen's story.

Even though I finished the series more than a year ago, and know the characters' fates, it was a struggle to feel invigorated by the film. In terms of story and character development, Catching Fire was underwhelming. The bigger scope of the film created distance from the gravity of Everdeen's circumstances and it lost a bit of the story's unpredictability. With steadier cinematography, it's almost like the entire film was harnessed to the ground and never took flight.

In terms of performances, Jennifer Lawrence was never my imaginary interpretation Everdeen. My mind doesn't only accept what I saw her as, but I feel like her acting is unsatisfying. Contrary to John Hutcherson as Peeta Mallark, I feel like she is a blank canvas that knows what to emote but doesn't necessarily have a backstory behind her emotions. When it's her cue to scream, cry, grimace, smile, etc. she does it well but not with conviction. Throughout the film, her well-documented off-screen personality seemed to show through more than the character we saw in the first film.

Digging deep, fleshing out, and making us care about the characters may be where the director loses the ante of this second film. Woody Harrelson as Haymitch falls into a campy personality as the alcoholic mentor. Donald Sutherland pops up as President Snow to emote the strict power of the Capitol. Phillip Seymour Hoffman as the new game-maker Plutarch Heavensbee pretty much phones it in. The acting in general doesn't push boundaries that make me terribly excited except few actors were cast in the right parts and that's about it.

When re-entering the arena, Everdeen essentially has her pick of allies that are older, a bit deranged, and some definitely not reliable. Few of these supporting characters have limited screen-time but make a strong impact. Finnick Odair (Sam Claflin) was one of my favorites, and I felt he accurately interpreted being more than a pretty face through sarcasm, protectiveness, and heartbreak. Jenna Malone as the uninhibited sly Johann Mason is a complete wild card. You never know if you can trust her or if she'll take an opportunity to screw you over, and Malone balances this with having nothing to lose - which is exactly what Mason is all about.

While J. Lawrence continues to shine in both fans and critics' eyes, Elizabeth Banks returning as Effie stole the show. Her character's fluffy personality leads us to believe that she is blinded by the Capitol's violent corruption. Slowly, Effie comes to a heartbreaking realization that her friends are going to die and the games are no longer meager entertainment. Passed being dolled up in Capitol Couture and her luxurious lifestyle, she wears the biggest facade of everyone. Banks superbly translates Effie's epiphany about the deadly reality her friends are facing and her own little rainbow-colored bubble she tries hides in.

The second half of the film establishes Everdeen's journey and political gambits of a Victory Tour that riled up the nation more than subdued it. Teaming up with Peeta, and her pick of the litter with allies, she is thrust into an entirely new arena with reconstructed obstacles. Reading the book, I was so interested in how this would turn out on-screen. As the characters venture on an island shaped like a clock, every hour pours out different challenges such as ferocious monkeys, a toxic fog that makes skin boil, and flocks of birds that mimic loved ones being tortured. If you step over one hour into another, a force field blocks you from escaping until the hour is over.

One of the things that the movie successfully heightens moreso than the book is the visual world of the arena. It's bigger, bloodier, more unpredictably cruel and savage. Besides Everdeen's bow and arrow or more simpler techniques of hunting, technology (mostly in the third book) is a blur to me. The prose isn't laid out in a way that is digestible to see. The movie's interpretation was most dramatic and hair-raising. It inhibits the senses and the environment becomes even more of a threat than her competitors and sketchy allies.

The first film defined Katniss as the unexpected symbol of hope. The second film's script lacked to formalize the importance of her well-being; not only as a solo character but what she means to the resistance as well. As a reader who knew the series' ending almost a year ago, this sequel didn't inspire me to ask how does Katniss dares to move forward. The production itself has the story, costumes, sets, and fanbase, but it took the edge out of guessing how this will end. A change in director was by all means meant to inject new life into the series but I fear it kept it flat. Overall, the movie is an honest adaptation. The story just doesn't tread far enough passed the epic blockbuster scope it was given. More or less it floats on the girl on fire phenomenon but doesn't charges a battle cry forward in support for her.