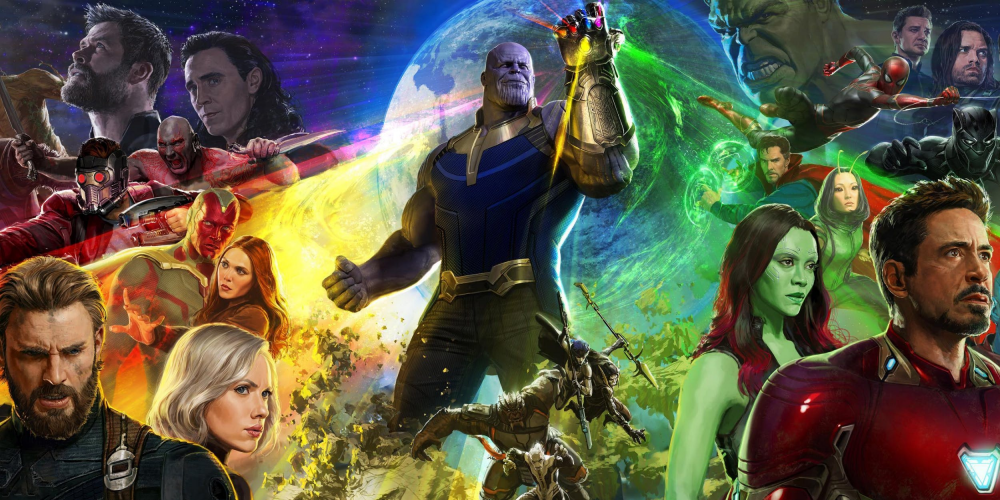 When a new movie enters the Marvel Cinematic Universe, critics expectantly hail it as a game-changer before it even hits theaters. Facing a mountain of expectations and pressure to deliver, sometimes the final product isn't worth the excitement or gets lost in the shuffle among all the other pending projects. As one of its most anticipated movies of the year, Black Panther had a lot to overcome. Entertaining, socially relevant, and engaging, the long-awaited film soars to the occasion and conquers the predictable MCU hype.

After his father's passing in Captain America: Civil War, T'Challa (Chadwick Boseman) must claim his throne as the King of Wakanda, a technologically-advanced African utopia that's shielded itself from the outside world. The transfer of power is challenged as his country questions hiding their innovation and culture to protect themselves in fear of being conquered. His journey is further caught in the crossfire when a black market arms dealer Ulysses Klaue (Andy Serkis) and special-ops agent Erik Stevens (Michael B. Jordan) aims to tip Wakanda out of the shadows whether the nation is ready or not.

As kings of separate courts on a road to self-discovery, Chadwick Boseman and Michael B. Jordan lead the story with intensity, passion, and heart. On the one hand, T'Challa is of noble birth, but to guide his people means facing his role model's darkest secrets that puts his own reign in jeopardy. Though he's earned his place on the throne, his decisions about his country's future will ultimately mirror the kind of person he wants to be, a shift that possibly dismantles the cherished legacy his father built. But he has to do right by his heart and what's best for Wakandans everywhere.

In his opposition, Erik Stevens grew up on the streets of Oakland, California; lost and forgotten he was formed by the corruption and oppression. He's not so much a villain, but someone who's left to think that destroying the world is his only option for justice. Hailing from opposite sides of the world but facing similar obstacles makes their feud so much much more than good versus evil; it's a search to do right by themselves and their people; how a system and its leaders has the power to build or break its people; to be seen, validated, and integrated into the world. It's the kind of story superheros often pursue but also become so formulated and repetitive. Here, they feel less invincible like we know masked crusaders to be, and more powerful by showing their humanity in its many different layers.


The film's cast is one of the most solid ensembles to come. Together and individually, as a family they bring their own brand of emotional and physical bad-assery. Rarely do action films harness the power of one headlining lady, let alone several. Here everyone gets to shine, working together for the greater good: Danai Gurira as Okoye, a traditionalist general of the all-female special forces of Wakanda; Letitia Wright as T'Challa's effervescent sister and innovative backbone of Wakanda's scientific and technological advancements; Lupia Nyong'o as Nakia, an undercover spy trying to will Wakanda out of its old ways. Together and individually, they are smart, clever, protective, passionate, generous, funny, vulnerable, and ready to kick-ass. They are a few highlights (including Angela Bassett, Forest Whittaker, Daniel Kaluuya, Martin Freeman, Andy Serkis) who bring an enthusiastic, fierce vibe to the T'Challa and Erik's clash.

Like Patty Jenkins and DC's monumental step-forward with Wonder Woman, director Ryan Coogler brings everything to the table. As a superhero movie, Black Panther is vibrant, rich, funny, action-packed and an emotional rollercoaster ride. Sure, it's fun to just go to the theaters and just enjoy a good popcorn-worthy showdown. But what truly elevates an entertaining, fulfilling story is the elements it weaves throughout. Black Panther packs great storytelling, intense fight sequences, and a wicked sense of humor, into a superhero movie. But it's not just a superhero movie.

Echoing Batman's Gotham or Superman's Metropolis, Coogler lets us Wakanda burst to life in gorgeous costumes, indigenous traditions, and the advanced technology it thrives on. Its soundtrack blends beautiful African tribal music with hip-hop and R&B, playing with the vibes of ancestral homages and modern music. Beyond delivering representation and long-deserved diversity, the story solidly weaves issues of race and blackness, political diplomacy, cultural differences between rich and the poor, and an identity for minorities that has been ignored and suppressed for too long. Black Panther is a fun ride, but its power also lies in blending reality into fiction, using storytelling to tell some potent, necessary truths. And, it's done with a deep well of passion that pours onto the screen.

In the same vein that all of the right cards had to be in place for Wonder Woman to receive her own feature film, Black Panther finally claims its throne. Why did it take so long? Because the industry is still stuck in its own web of what they think sells. A lot of films have come along to slowly but surely crack the glass ceiling - Get Out knocked it out of the park. Wonder Woman proved complex female heroines are important. And now, Black Panther has shattered expectations. The rest of 2018 has a lot to live up to. Long live the king.


Rating: ★★★
Have you seen Black Panther? What did you think?