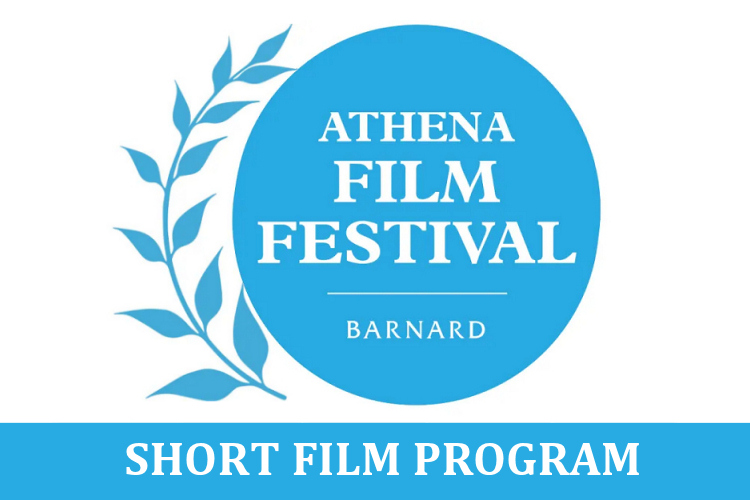 The Athena Film Festival is the premier festival celebrating and showcasing women's leadership in documentaries and feature films as well as in-depth conversations with industry experts. One of their prominent program areas features short films grouped into specific themes that explore and highlight a wide range of issues from climate change to social justice movements.
This year’s festival included several themes including Resilience Through Uncertainty, Nothing About Us Without Us, and Tear It Down: Dismantling White Supremacy. While covering the festival this month, I had access to short films from each of these sections and provide reviews to my selections below. 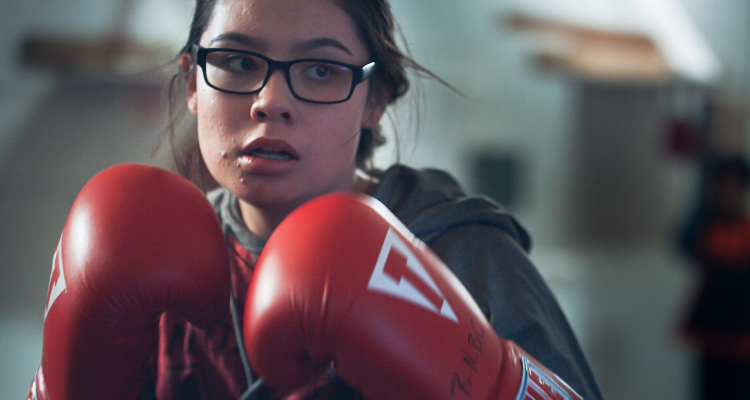 How do we navigate what it means to be human and move into a future without knowing what it looks like? This program highlights how women leaders are resilient, but the source of where that spirit and motivation stems from. To emerge from the unknown, they must remain impassioned and hopeful to make a lasting impact.

The saying is common on reservations across America: A Native American woman who disappears goes missing twice; first, when her body vanishes. Then, when her story does. Frank Kipp, who was born on the Blackfeet Reservation in Montana, and worked as a probation officer there, witnessed the damage to its women and girls firsthand. He decided to fight back, in the way he most understood. In 2003, Kipp opened the Blackfeet Nation Boxing Club, which has become a training ground for survival for the girls and women of Blackfeet Reservation and trained more than 500 members so far.

Blackfeet Boxing opens with the family members of Ashley Loring Heavy Running – a young Native American woman who went missing summer 2017 – searching for clues deep into the wilderness of her remains. Her sister Ashley takes the lead for what happened – a case that the local law enforcement tarnished almost as immediately as the case was opened. It’s an all-too common tragedy in Montana – where Native American women comprise of 3% of the state’s population yet they account for 30% of all cases involving missing women, and the stories of victims and survivors remain as long as others hold a light up to them.

Though Ashley Loring Heavy Running’s disappearance continues throughout the film and to this day, her presence looms over Lappas and Rinaldi’s film as it unfolds the story of survival as a daily way of life for Native American women. Where young girls and women previously had no place to learn how to defend themselves, former probation officer and third-generation boxer Frank Kipp trains them with boxing and self-defense. Two over-reaching arcs along with Ashley’s expands to show Donna – Frank’s daughter, striving to take over the family business, and Mamie Kennedy who faces personal trials at home but shows potential as future boxers. Both girls, barely into their teen years, behold enough talent that they can become future Junior Olympians. As their futures continue to grow with the shadow of what they're facing, so does the resilience of fellow young girls who go to Blackfeet Nation Boxing Club looking for a fighting chance.

Telling two sides of the same story in under 30 minutes, Blackfeet Boxing offers a heartbreaking and hopeful testimony of the Native American community turning tragedy into a source of perseverance. The wider-reaching movement of #MMIW - also known as the Missing and Murdered Indigenous Women movement – is a sign and symbol for the women who still need a voice and are raising their own. And it also asks us to question and take a stand against the longstanding narrative of portraying Native American women in history and the media as passive, if not entirely silenced, instead of empowering.

Blackfeet Boxing: Not Invisible is available to watch on ESPN. 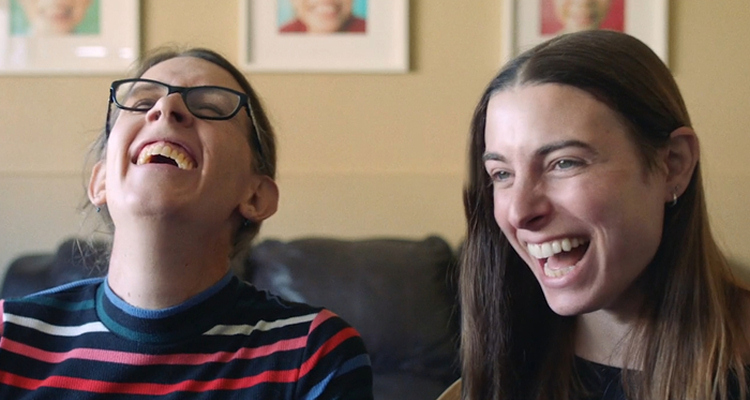 'Nothing About Us Without Us'

This rallying cry began in the disability rights movement in South Africa in 1993, and has since been applied to multiple movements and causes. In the film community and this festival programming, films dived into representation and visibility as it appears in real life. It continues to act as an anthem of questioning who is leading the movements of change and who does it affect.

Sometimes you don’t know if you’re the only one in your field or even in the world with your background until you meet the right person at the right time. Ava & Bianca, two transgender cinematographers in a field where female cinematographers are exceedingly rare, become a lifeline and a source of inspiration for each other in an industry that's comfortable with bringing LGBTQ+ voices to the screen but not so much behind it.
The documentary explores not only their friendship and career aspirations, but the experiences that make them both unique such as their love of cinematography, gender dysphoria, transitioning, and how all of these elements intersect. Rachel Fleit’s direction provides a joyous and honest place for both women to open up about their lives, while Ava and Bianca serve cinematographers filming each other's interview segments that offers a special personal touch of how they compassionately see their subjects behind the camera and in front of. Though the short is only 15 minutes long, it leaves a touching impression of the impact both women have with each other and how being yourself can be an necessary example for more to follow.
Ava & Bianca is available to watch at Nowness. 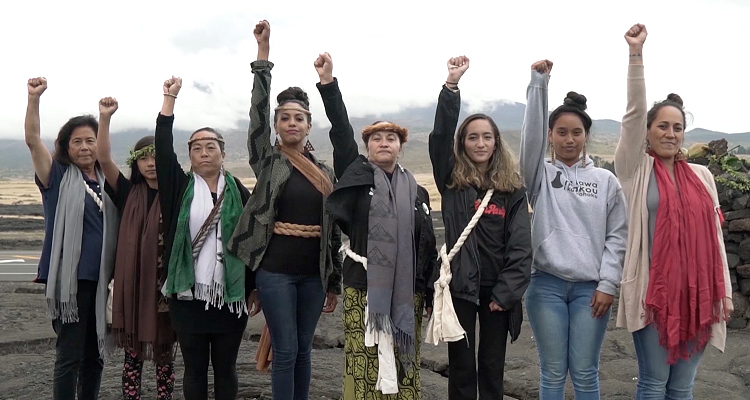 Tear It Down: Dismantling White Supremacy

The COVID-19 pandemic brought to light police brutality, structural racism, and economic inequality that have long been affecting the United States and the world. From hair discrimination to mass incarceration, this festival programming took a look at activists organizing and tearing down systems of oppression.

Standing Above The Clouds

Native Hawaiian mother-daughter activists stand to protect their sacred mountain Mauna Kea from the building of the world’s largest telescope.

Mother Nature has been crying out for help and respect for decades now. At Mauna Kea, the highest mountain in the world from the sea floor and a summit that touches above the clouds, is one such place where its sacred voice needs to be heard. When construction plans released of a 30 meter telescope (also known as TMT) on Mauna Kea, the people of Hawaii and mother-daughter activists - Pua Case, Leina'ala Sleightholm, Hawane Rios – began to protest its development and continue to do so today. The telescope in question would join 13 other smaller observatories, but tower the mountain completely with a build that sits 18 stories high (twice the size of any building on the island) and a support structure that is larger than a football field.

Standing Above the Clouds breaks down into three distinct chapters from the early stages of the telescope’s development in 2014, the subsequent protests blocking road access for construction, and what was known of their progress in late 2019 / early 2020.   Every passing month where construction delays add costs, but the activists are more than willing to wait, to be arrested while praying peacefully, to stand up for what is right. It also shines a light on the activists teaching their daughters what to do if they are arrested and highlighting the emotional toll their community faces as the project looms over their efforts and the land itself.
Jalena Keane-Lee’s direction provides enough background into the continuing story, but for its 15 minute running time, the overall arc of the activist’s stance feels rushed as does the deeper legal stretch they are facing against TMT - $1.4 billion dollar project funded by six nations and wealthy universities around the world. What’s left is the raw emotions of the people of Hawaii behold for Mauna Kea and what they are trying to save. As of June 2020, due to COVID, construction has been halted until 2021.
Standing Above the Clouds is raising money to fund a full length feature that gives an extended portrayal of the three generations of women featured here. You can find out more info and donate at the official website.
at March 24, 2021