Miss Americana (2020) Shines A Light On the Swift Narrative 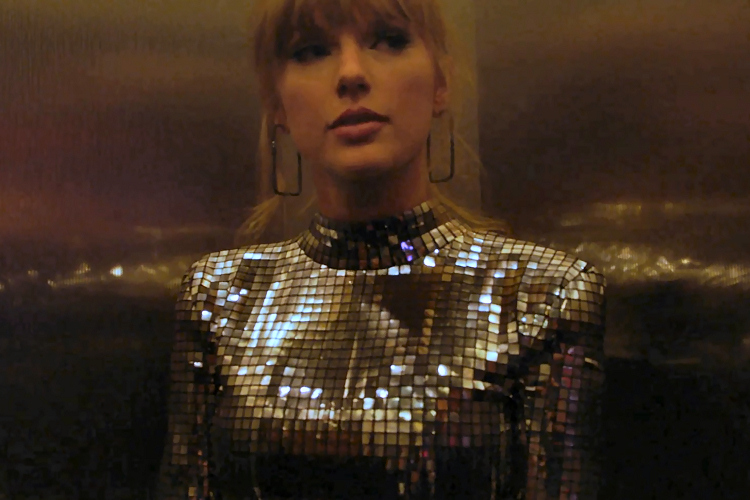 Everyone has an opinion on Taylor Swift. Millions of fans around the world have grown up with her music and followed her through the highs and lows. Outside of her loyal Swiftie community, the world over either loathes, ignores or maintains a bitter impression about Swift. Netflix's latest documentary Miss Americana (2020) strives to challenge what both fans and haters alike believe about the beloved yet divisive celebrity.

In 2016, after the massive success of her fifth studio album 1989, Swift reached a new height of media overexposure and a public feud with Kanye West and his wife Kim Kardashian. When #TaylorSwiftIsOverParty trended worldwide for 24 hours, Swift was effectively canceled. The musician thought the world wanted her to disappear, and so she did – for a year. The question on so many fans’ minds will center on where Swift went during that time she disappeared, and this is where the documentary steps in.


In order to know why she left the spotlight, it’s first good to know how and why Swift rose to power and the many facets of fame and success that comes along with being one of the most powerful women in music history. From growing up in the spotlight as a teenager to coming into her own as she approaches 30, director Lana Wilson captures someone who has faced it all under the spotlight in little under fifteen years – her emergence on the country scene and switch to pop, warranted and unwarranted criticism by the media, 'the cancellation', and managing to rise above it. Offering her perspective along the way and letting us into her creative process, Swift opens up about some of the drama she's most recognized for, but mostly handling expectations, beauty standards, the sexual assault trial she faced in 2016, becoming politically active, and her own self-worth.

Not knowing how to use her voice in an industry that prides itself on silencing female artists, Swift turned to music for reinvention and catharsis. The results were a swamp-witch inspired sixth album Reputation before a mellow return with her seventh album Lover in 2020 and a radical ascension into activism. Now, she’s trying to use her voice – one that reaches 122 million Instagram followers – as best as she can. Swift’s not just finding herself as musician but also a businesswoman and a woman. At one particular moment when Swift decided to become politically active during the 2016 mid-term elections in Tennessee, tellingly, one side of the room was lined with Swift’s male managers affirming she shouldn’t speak up, while Swift and her mother are the only women on the other side who believe she should. She does. It's a powerful moment that reflects the hoops someone in her position must face in order to break the mold that's set-up around them.

Beyond glaring headlines and public showdowns, rare is it to hear Swift’s point of view of what’s happened throughout her career and the repercussions of success and failures. As society enters a post #MeToo and #TimesUp world, Wilson's documentary also pulls back the curtain, especially for women, who fall into the trap of playing the ‘good girl’ – who are convinced it’s better to smile and stay silent rather and go along with the limitations of what it means to be a woman or feminist. Though the film is centered on her, its not patronizing or trying to convince haters to change their opinion, but offer a different perspective. The narrative here isn't just about Taylor, but uses her experience to branch out the beliefs and stories we tell ourselves about her and ourselves as women.

In the opposite direction of Swift becoming the face of drama, Miss Americana is a personalized chronological stream of turning-point moments throughout her life so far. It might not blow the lid off of the headlines she’s garnered over the years; most likely it’ll be popularly appealing and emotionally effective with fans. Most of the footage is new, giving the documentary a day-in-the-life style as well as using public footage from media outlets to show the real effects of Swift's cancellation - how it was all building on a precipice of expectations - both her own and the world. But if given the chance by those who hate her, the documentary might reveal a narrative that might not fit what the world has come to know her as or didn't even know they have.

Miss Americana is available to stream on Netflix. If you like this film, I also recommend Taylor Swift's Reputation Tour and Lady Gaga's documentary Five Foot Two.
at February 26, 2020