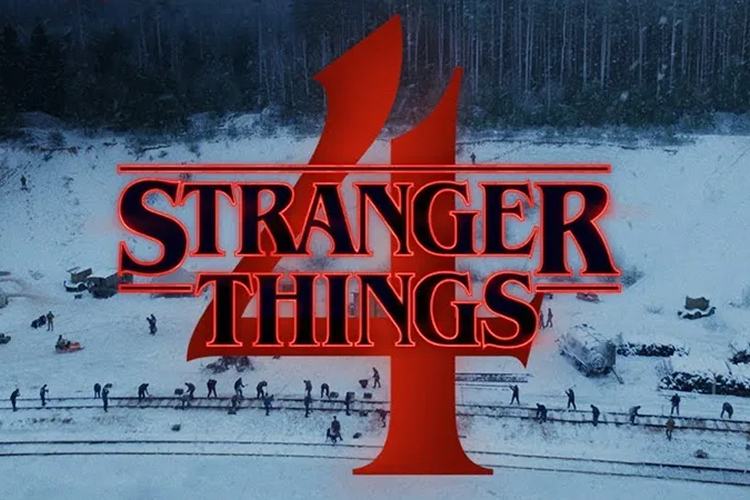 Stranger Things season three left fans heartbroken but optimistic. To save face from spoilers, for those who don't know, a beloved character was seemingly killed off in the latest season finale. Fans mourned their death with the characters' loved ones and assumed that was the last we'd see of him.

Cue to the teaser of Stranger Things's season four and fans suspicions - ones who believed the character was still alive - were surprisingly confirmed before more details of the next season came to light.

Of course, the fandom responded as it does - with the best reactions on social media. Here are some tweets helping us celebrate and anticipate the next season.

This post contains spoilers. Read at your own risk.

At the end of season three's Chapter Eight: The Battle of Starcourt, Chief Jim Hopper and Joyce Byers infiltrated the Russian base underneath the Starcourt Mall. As enemy comrades attacked at every angle, Joyce was left with no choice but to trigger a shutdown that obliterated everyone outside of the control room - including Hopper.

A nod during the post-credits scene revealed a random Russian prisoner being fed to a demagorgon at a prison in Kamchatka, Russia. Two guards casually mentioned an American prisoner giving fans a reason to believe everyone's favorite cop was still alive. Instead of dying as everyone assumed, Hopper managed to use the Russian's portal, which connects to the Upside Down, and was transported to Russia.

The teaser above was posted on the Stranger Things's official twitter for Valentine's Day, and shows that Hopper is very much alive. Now, fans can surmise entirely new theories of what's happened to him so far.


me seeing hopper alive but i knew his really alive but im still surprised he’s alive in this season.pic.twitter.com/eRoNnxGp3I
— ash⁷ (@kimgoogie) February 14, 2020

me: *knows Hopper was alive all along and that he was the American*


i can’t believe you did that. made russia sound like somewhere i’d want to be. @theadwinbrown
— YOU (@YouNetflix) February 14, 2020

I SOBBED FOR AN HOUR OVER HOPPER IN THE CAR AND NOW HE’S ALIVE AND WELL ? I knew it was coming but they played WAY too much with my feelings... pic.twitter.com/lJ16naIuOv
— 𝕔 (@thankugiaw) February 14, 2020


nancy and mike driving to the byers house to see jonathan and el while joyce is in russia saving hopper pic.twitter.com/afBpcwT5wF
— ً (@elsmidnight) February 14, 2020

jim hopper if ur reading this I luv u man we're gonna get u out of there #StrangerThings4 pic.twitter.com/JarWH5x922
— bollywoodcinema (@Akshatdoshi13) February 14, 2020

El pulls back from their bear hug and runs a trembling hand over the top of Hopper’s bald head. 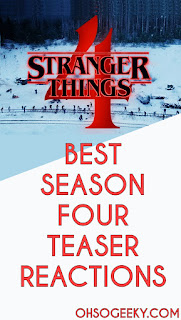 Fans are surprised that the creators of Stranger Things revealed Hopper's fate well in advance of any other details about the upcoming adventure.

Season Three's finale left characters on one of the series' most emotional cliffhangers. Believing Hopper to be dead, Joyce became Eleven's adopted mother. With Eleven, and her sons Jonathan and Will, the family moved out of their house in Hawkins, Indiana. The choice essentially separated the group from Mike, Lucas, Dustin, Mike, Steve, Nancy, Max, Robin and Erica.

With the revelation that Hopper is alive, some fans believe the series's biggest secret was revealed too soon. And, if the series has more tricks up its sleeve to keep the momentum going.

Did you think this was character was gone for good? How do you feel about season four? Feel free to share your feels in the comments.

The release date for Stranger Things's season four on Netflix has yet to be revealed. Stay tuned for more updates!
at February 14, 2020