Quick TV Reviews (The Bachelor, The Good Doctor, and The Conners) 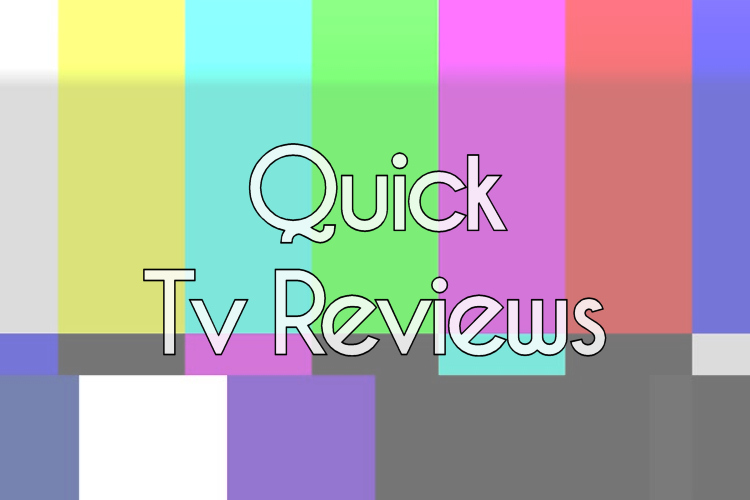 The Bachelor, The Good Doctor, and The Conners are close to wrapping up their latest seasons. I'm not even waiting for the finales to share my two cents because it's been quite a doozy watching them through the winter break. None of my reviews contain major spoilers. Have you watched any of these shows or watching something else in 2020? Feel free to share in the comments!

30 people dating one guy in the name of marriage, and the most conversations they have before cleaning each other's tonsils is saying 'like' and 'you know' a million times. So no, I don't go into The Bachelor expecting for my life to be changed, it's just a guilty pleasure. Still, I have a few expectations going into every season like The Bachelor or Bachelorette to be likable enough for you to not feel like it's a degrading reality show and for at least one or two contestants to root for. That did not happen at all this season - Pilot Peter made the worst decisions with keeping certain women around week after week. The drama between the women wasn't even silly enough to be entertaining as all of the women were petty, judgmental, selfish, and just plain psychotic. It's pretty surprising fans couldn't even get the bare minimum, and I'm finally content with the LGBTQ community hasn't gone anywhere near this - it would be a horrible nightmare.

After his incredible work on Bates Motel, I'll watch Freddie Highmore in everything. On his latest show The Good Doctor, he plays a medical student with autism working through his surgical residency. While I love the show's diversity and Highmore does a great job as always, the writing is all over the place. Some episodes are truly heartwarming, balance drawing parallels between the doctors' lives and patients' struggles. Other episodes are downright unrealistic with how the hospital isn't sued by patients who are pushed by the staff to do the opposite of what they want. And, the arcs for the female characters, in particular, has taken a nosedive so much, I'm not exactly sure I'll watch the next season. It's a shame because it has everything going for it except good writing.

I've never been a big fan of Roseanne, but watched enough of it to consider the reboot. After Roseanne Barr was fired after the first season, the show is better than anyone probably expected. Sarah Gilbert's Beckie takes over the role of Roseanne as head of the household managing life with her sisters, father, aunt, and kids under one roof. The show still maintains its sharp wit between the characters, has enough big character moments for drama, and also tries to be progressive without being too patronizing. The ensemble works great together, though it's hard to not love Laurie Metcalfe as the favorite. I'm overall surprised it's one of the last remaining sitcoms on tv, and can't find a lot of faults with it. So I'm trying to enjoy it while it's on.
Rating: ★★★
at February 19, 2020