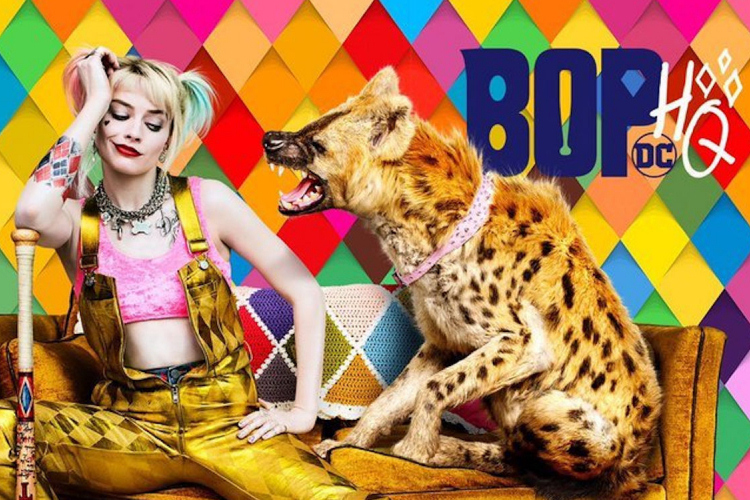 In 2016's Suicide Squad, Harley Quinn (Margot Robbie) was released from Belle Reve Special Security Barracks with other prisoners to be used as a special task force in high-risk missions. After completing their quest and breaking up with her possessive lover The Joker, Harley is on the road to emancipation. With the disappearance of Batman leaving Gotham in chaos, Cassandra Cain (Ella Jay Basco) runs into trouble with the city's mafia led by Black Mask (Ewan McGregor). Harley teams up with Black Canary (Jurnee Smollett-Bell), The Huntress (Mary Elizabeth Winstead), and Renee Montoya (Rosie Perez) to take him down.

Birds of Prey: And the Fantabulous Emancipation of One Harley Quinn is directed by Cathy Yan and written by Christina Hodson.

Brief History of The Black Mask

Both Roman and Bruce grew up in the same social circles, but after the doctor literally dropped him on his head as a newborn, Roman grew up with a lack of empathy and compassion for others. It didn't help matters much that Roman's hate for his parents stemmed from the psychological and emotional masks they would wear between their private lives and the public. Even though he tried to become a model citizen, Roman's life continued to spiral out of control when his botched make-up line disfigured women and left him to lose everything. While Bruce became successful and secretly developed identity of Batman, Roman became a crime lord by creating the Black mask identity and assembling criminals to help him destroy Bruce's empire.

The Black Mask is considered one of the most brutal supervillains in the DC. He has a fixation with wearing demented masks and regards torture as an act of pleasure. However, The Black Mask does not have comic book ties to Birds of Prey as a group at all. Considering that Batman has abandoned Gotham to its own devices in this spin-off, Roman might be left with all of the power in the city and isn't afraid to wield it.

Who Are The Birds of Prey?

Since the film's plot is departing from the comic books and its many incarnations, it's almost next to impossible to know how the characters will be introduced or what their backstories will be in Birds of Prey. But this is what we briefly know of the team so far:

Renee Montoya (Rosie Perez) starts out as a regular detective with the Gotham City Police Department. Despite a longtime ally-ship with Batman, she found the city too corrupt to protect and resigned. Eventually, she adopts a detective-like persona known as The Question. Renee, identifying as a lesbian in the comics, will be the first LGBTQ character in the DCEU.

Helena Bertinelli / The Huntress (Mary Elizabeth Winstead) career as a vigilante stems from the survival of a haunting and violent childhood that left her entire family killed by the mafia. Angry and hellbent on vengeance, Helena is an expert markswoman, hand-to-hand combatant and gymnast.

Cassandra Cain (Ella Jay Basco) is less of a damsel in distress than the film plot hints. In the comics, Cain is the daughter of two assassins. Her parents trained her as a child to follow in their footsteps, but the effect of her training turned her mute and illiterate. Her skills translated to expertly read body language and predict an opponent's moves as a hand-to-hand combatant. She is one of several characters to take on the Batgirl persona.

Dinah Lance / Black Canary (Jurnee Smollett-Bell) originally started out as a crime-fighting hero who battled alongside her husband. She eventually became a hand-to-hand fighter who infiltrates gangs. She can emit a high-powered sonic scream known as a "canary cry", and is a highly-skilled martial artist.

Where in the World is Barbara Gordon?

The DCEU Harley Quinn isn't just ruffling feathers in Gotham in her spin-off, but also the comic books world. Margot's prominent leadership role in both the trailer and posters has given a wrong impression that the Birds of Prey group is actually hers. But that's not entirely the case.

Birds of Prey was originally a group started by Barbara Gordon, former Batgirl and daughter to Commissioner James Gordon. After an ambush by Joker left Barbara paralyzed from the waist down, she reinvented herself as The Oracle and created Birds of Prey. Other members that joined her included Black Canary, Huntress, and Lady Blackhawk. Excluding their brief 2002 television series, they rarely crossed paths with Harley Quinn.

In the 1960s Batman series, she originally became a member of Batman's squad played by Yvonne Craig. She re-emerged on film in the 1997 cringe-worthy escapade Batman & Robin. Alicia Silverstone portrayed Barbara but she was changed to Alfred Pennyworth's niece, instead of Gordon's daughter. The character had a string of luck in 2002 with a tv show based on Birds of Prey, but it only lasted a season. Other series such as Arrow included Birds of Prey, but left her out of the equation.

So far, the current string of DCEU movies and television shows have had a difficult time incorporating Barbara into their projects. She's made appearances in animated series and video games, and sometimes been removed for potential projects due to character rights issues. As of 2018, Joss Whedon's Batgirl spin-off fell apart. Christina Hodson was brought in to write the script, but a director nor casting has been announced.

While fans aren't happy that Harley Quinn has essentially replaced Gordon's role in this version, it's reasonable to question the drastic change in characters and storylines. Some internet rumors trace Barbara's appearance inthe Birds of Prey's original scripts, but only time will tell if she'll finally make her debut.

Despite the vast differences from the comic books, Birds of Prey easily became one of my most anticipated movies for 2020. Conveniently, it will be released right before Valentine's Day which will be perfect because I'll be feeling single and old as hell.

If there was a recent trailer that is a wild roller-coaster ride, it would be this. From adopting a pet hyena and sharing a twizzlers with it to a chilling rendition of Marilyn Monroe in Gentleman Prefer Blonds, Harley Quinn is lighting up Gotham in a blaze of empowerment and kooky glory. I'm here for it and want to sign up to join them.

Production wise, the cinematography by Matt Libatique looks absolutely incredible. His work on Darren Aronofsky's films, and most recently Bradley Cooper's A Star Is Born, went massively overlooked. His eye for color, silhouettes, and close-ups is the most dynamic visual aspect of the trailer, and I can only imagine how the entire film is going to look in theaters.

If I had to choose between two 'clowns' to support at the box office, I'm much more incline to give it to a movie directed, written, and starring women instead of Joker's discouraging yet entertaining promo tour. My only hesitation is that the Birds of Prey's actresses of color shouldn't have been used as stand-ins to make the movie look diverse. With all of the hashtag moments in Hollywood fighting for equality, we should be beyond this tactic. It wouldn't have hurt the trailer or posters to have actually used the Birds of Prey, so we get a stronger sense of who they are. The marketing for the film has to improve and lessen its use of Harley Quinn to give a wider range of fans hope that this is an ensemble, not just an individual spin-off.

Overall, I wouldn't have called this necessarily a trailer, but a longer teaser than the one which ran before IT: Chapter 2 earlier this summer. But the gif above is literally me running into the cinema to see Birds of Prey.


Birds of Prey: And the Fantabulous Emancipation of One Harley Quinn will swing into cinemas ‎February 7, 2020.

Are you excited for Birds of Prey? Will you be seeing it in theaters?
at October 01, 2019