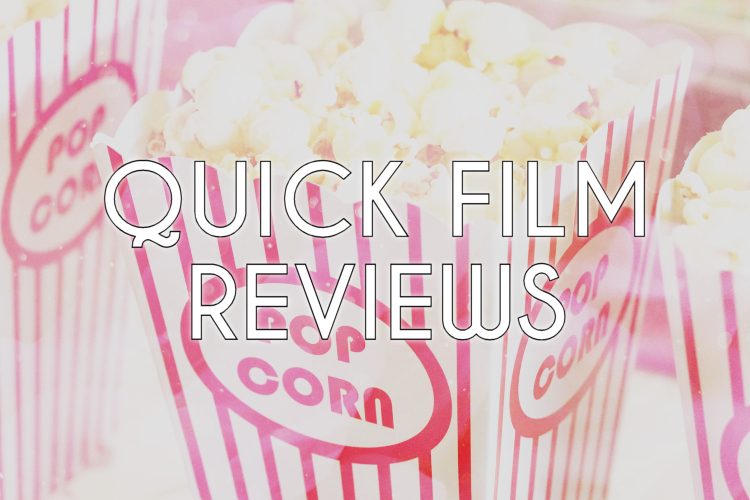 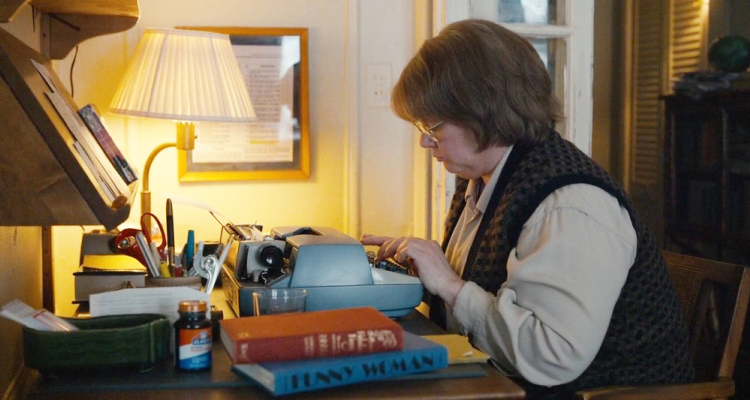 Lee Israel (Melissa McCarthy) is a biographical author who's fallen on hard times. After her books end up extinct on the best-seller lists and royalties are far and far between, Israel's inspired to forge celebrity letters and sell them around New York City to make ends meet. It isn't long before she gets truly good at what she does, but eventually her crimes catch up with her. She eventually writes a memoir called Can You Ever Forgive Me?.

After reading Lee Israel's breezy autobiography, I was skeptical by how it would be adapted. She's a complicated personality with a dry sense of humor, and her motivations for copying letters were straightforward and concise without being too boring or heavy-handed. I thought the film might over-complicate the story, but happily it didn't.

The direction and script maintains a great balance of Lee's motivations. For the most part, Israel casts herself out from society by being too bitter and arrogant about her own writing and not having enough people admire her work, but she also treats everyone as if they are beneath her. She has a 'when life knocks you down, you knock down everyone back' mentality. The film doesn't make her out to be a villain or anti-hero, and builds nicely on her regrets of failed relationships and showing her struggles as an impoverished writer who just wants to love what she does, get paid for it, and enjoy the company of her cat. She's exiled herself from society, but her loneliness or feelings of being an outcast is relateable. Melissa gives a wonderful performance that shows a lot of facets to Israel and makes a wonderful partner in crime to Richard E. Grant's sublime supporting role as an old friend and drug dealer. While I would've liked to have seen more of the story show how much research Israel did to mimic the celebrity's voices and build up the tension of her crimes, director Marielle Heller creates a memorable and bittersweet biopic.

Rating for Can You Ever Forgive Me: ★★★ 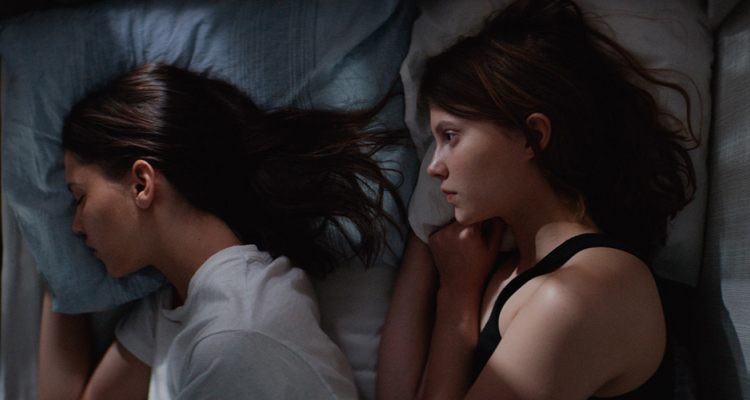 Oppressed by a traumatic childhood and her parent's religious beliefs, Thelma is liberated and repulsed by a burgeoning relationship with a female peer from college. Screaming gay rights for the first half of the film, Thelma tries to understand the mystery of her seizures that occur in the sensual presence of Anja. Their love awakens something inside her that she can't quite control and doesn't know if she should, ultimately making the MCU/DCEU jealous for not having already created their first queer superhero already.

Director Joachim Trier churns out compelling performances by his leads and creates layered imagery around a gay woman discovering her sexuality against gay conversion therapy and psychological repression. Unfortunately, as the second half of the film rolls on, Thelma's quest to understand these "forbidden desires" transforms into the questionable idea that her telekinesis forces her lover into a non-consensual relationship. In an effort to suppress his daughter's terrifying powers, Thelma's father tries to convince Thelma that she only willed her relationship with Anja into being because she wanted to, not because Anja truly loves her. Tacking on more unnecessary details of Thelma's past, the story doesn't stop trying to justify that "what's wrong with Thelma", even though she might just be gay and telepathic. When Thelma manages to get what she wants, it should feel triumphant, but instead it comes off as dishonest. Despite the amazing performances and a good idea at its core, the plot ruins the suspenseful and beautiful relationship that makes the film so powerful. 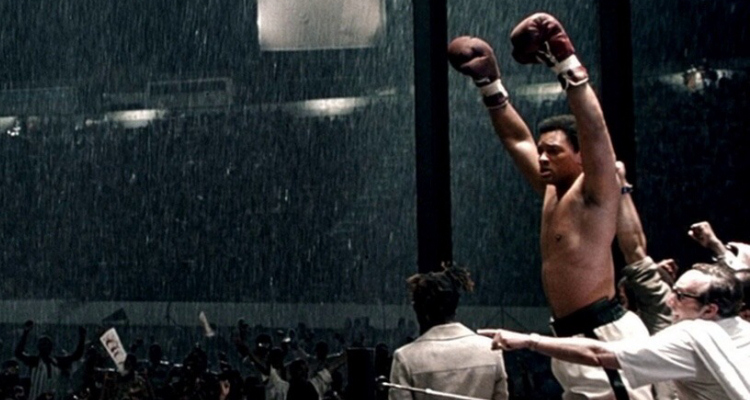 Biopics have a tendency to leave audiences feeling overexposed by the life of the public figure they'll learn about from childhood to their deathbed in two hours. Films or film-makers often rush an entire person's life by inevitably leaving out too many details or alternating facts "to fit the story". In contrast, Ali explores the boxer's legacy enough to leave you wanting more but also feels just right enough to let his legacy be his own.

Shifting his life over the course of ten years, the story is set during some of Ali's most political and societal upheavels - namely, refusing to be drafted into the Vietnam war to stand behind fellow African Americans who were being oppressed in the United States. The weight and importance of Ali standing up for his identity against social and political injustice could be 'unpacked' for days, just as much then as it could be now. The script sometimes lets the story's circumstances overpower the emotionality of his triumphs and losses, but Smith does an amazing job showing his humor, determination, stubbornness, and sheer power as an athlete and human being - it's easily one of his career best. And the supporting cast surrounding him - Jada Pinkett Smith, Jon Voigt, Jaime Foxx, Jeffrey Wright, and James Toney - to name a few - are just as good. Michael Mann's direction restored a feeling of hope that biopics should return to just being about the person and not an overly-stylized pseudo-expression of a famous person's legacy.