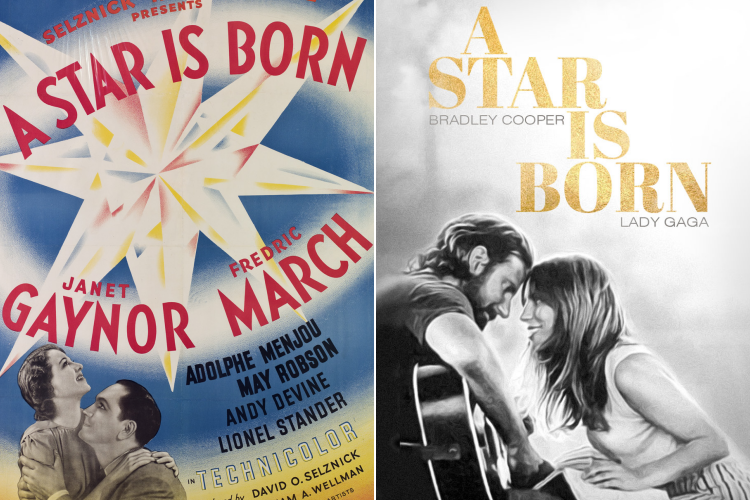 When considering the A Star Is Born recycle-machine, Kris Kristofferson and Barbra Streisand  starring in at least one version sounds like a no-brainer. You have a country icon and legendary songstress playing out a tale as old as time: John Norman Howard is an alcoholic rock star who discovers a struggling singer Esther Huffman in a small-town bar, and gives her his spotlight. Her success strengthens as he's on a wild ride to self-destruction. And yet the promise of two colossal stars misses so many beats.

For a script to break the mold of what's been told before, it relies heavily on the story and direction to be similar to the originals but different enough to stand on its own. To drift the focus away from the film industry to the music business is a perfect move considering the film's stars, but the acting, soundtrack, and direction sticks out like a sore thumb: Kristofferson and Streisand's chemistry is horribly wooden; Kristofferson's ability to play sober and drunk is indecipherable from each other; Streisand's Broadway vibes don't fit the seventies groovy funk Huffman is meant to exude; the direction is almost non-existent. Unfortunately, the behind-the-scenes disagreements between director Frank Piersen and Streisand palpably leaks into every second of the movie, it becomes a remake that wasn't a good idea nor entirely necessary.

From its performances to its direction, every A Star Is Born is a product of its own decade. This serves the most true for the original version from 1937. Primarily, the film stands out with Janet Gaynor kicking off the initial role of Esther Blodgett, an aspiring actress from North Dakota who moves to Hollywood despite her family's discouragement. She catches the attention of Norman Maine (Frederic March), and in turn, becomes a star in her own right while his alcoholism spirals out of control. From love birds to conflicted starlets, Gaynor and March are charming, perfectly playing off of each other with humor and a sense of inevitable tragedy.

As much inspiration the original has offered the three films to follow, this version lacks that little something extra to take it over the finishing line. Because this is the only story based purely on acting without using musical sequences to break or carry the tension, the film relies on its  stars to carry the story and they do it well. However, the direction and script is a little too stagnant as a strict drama and feels like it's going through the motions of a radio play. The direction style is a product of its time - charming and simplistic but not entirely memorable on its own.

After eighty years of reinventing the same story, and the past decade of the latest remake floating between directors and potential actors, a lot of moviegoers wondered if there needed to be another version. Even more heads turned at the official production line-up when Bradley Cooper signed up as director as well as starring alongside Lady Gaga. And now that the movie has been released, it by far lives up to the hype it has earned.

Movies released to film festivals are perfect bait for award show season, but then the official release into cinemas inevitably divides audiences into love-it-or-hate-it crowds. Part concert, part romance, part musical, part drama, Cooper's version excels where the 1976 version could not. His A Star Is Born creates unforgettable performances by both himself and Gaga, as well as an electrifying soundtrack that acts as its own story for the film. The only beats the film misses is the screenwriting, which struggles with its cohesion and ease from the first to second half of the film. It's difficult to find too many faults with Cooper's rendition. Similar to my final pick, this movie is such an juggernaut of heart, talent, and story, they're practically tied. (Read my full review here)

The 1937 original offered a wealth of material for its remakes, but it's here with director George Cukor's version seventeen years later that makes the story sing. The premise is still the same - Norman Maine's career is on its way out as he struggles with his alcoholic abuse. During one of his cold-stone sober evenings he walks in on songstress Esther Blodgett bellowing an unforgettable performance for herself and the boys, and he'll stop at nothing to make her a star. But any chance of their relationship surviving is no good from the start.

Unlike some of Old Hollywood's classics that feel too stuck in their time capsule, this film feels more contemporary than one might expect. Cukor frames both the drama and the music to make it a showstopper and heart-breakingly intimate. At the center of the film is its stars and every aspect of the film-making trying to make this a successful comeback for Judy Garland. The triple-threat star gives it her all unlike anything she'd done before. So much so, it's impossible to believe she lost the Best Actress at the Academy Awards. Of all the actors considered to play opposite her, James Mason offers the perfect weight and levity. Between them is a tender and electric chemistry that simply gels, and the story features enough of their characters struggling with his downfall that it doesn't feel like it's focusing too much on Garland's musicality or Mason's dramatic chops.

More than that, what's unique about this rendition, like the 2018 version, is that it doesn't center solely on one element to captivate our attention: it has drama, romance, music, humor, beautiful production design, a good script, and unbelievable talent to tie everything together. The only shame is how careless the industry was with this film. When theaters refused to run the three hour version upon its initial release, the original cut was sliced to pieces. The restored version glues the film back together as best as possible with set photos and surviving dialogue, and the end results still manages to make it an absolute showstopper and offers a semblance of what the film must've been like in its entirety.
at October 14, 2018