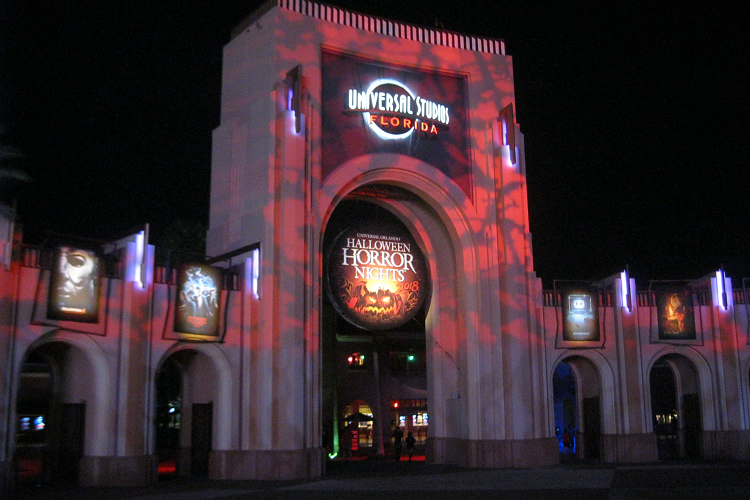 Every autumn Universal Studios Florida and Hollywood transforms its theme parks under the cover of darkness into scare zones and themed houses. This year, Stranger Things, Poltergeist, Halloween 4, and The Purge were just some of the iconic movies and shows to arrive at Halloween Horror Nights at Universal Orlando Resort.

To be honest, I'm not an avid horror fan, but I like the occasional scare. When my sister and I saw the line-up of houses for this year's HHN, we cast our fears aside to celebrate Halloween a little differently this year. Because it caters to all kinds of fans (mostly 18+) who love to get more than a little freaked out, the event turned out to be perfect for me and my sister to attend. 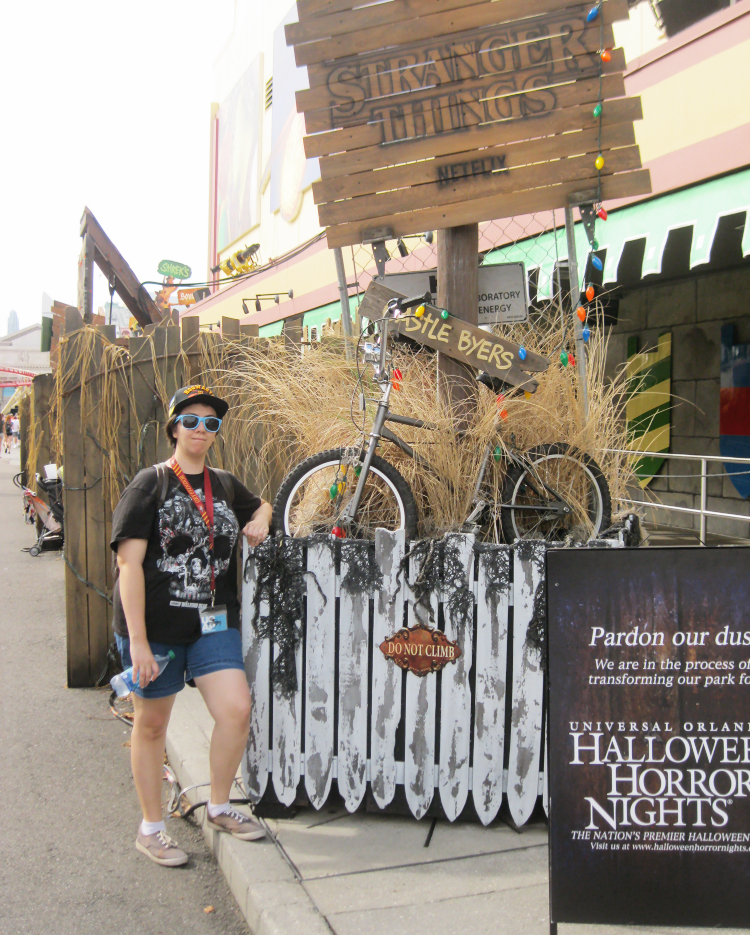 At night, once the event starts, there are designated scare zones where characters come out to frighten and catch guests off-guard. Here I am totally trying to pay it cool for the night ahead. And I finally found a reason to rock my The Walking Dead t-shirts.

The second we saw that Stranger Things was going to be apart of Halloween Horror Nights, it was a no-brainer that we had to go. As the most popular maze for the event, we've heard that the wait time can be as long as two hours, sometimes more. Needless to say, this house was our top priority. Either by pure luck or actual planning that paid off, we explored the house twice and only had to wait about an hour and half total for both times.

It was honestly worth every second. Guests weren't allowed to take photos or videos, so ya'll should definitely check-out EW's first look. Because it's almost impossible to describe the level of detail that Universal has always put into their houses. This year was no exception. The entire Netflix series came to life every step we took: the CDC, Will's Castle fort, the Byer's house strung up in Christmas lights, Jonathan's room playing The Clash, the forest transformed into the Upside Down, the high school. The atmosphere was topped off with all of our favorite characters acting out different scenes  and demagorgons scaring you at every turn. I swear, instead of screaming the whole time, I just kept telling Will he was going to be okay, that we were going to help Nancy find Barbra, and...I don't know what else. It was amazing - almost like being on-set for the real show. 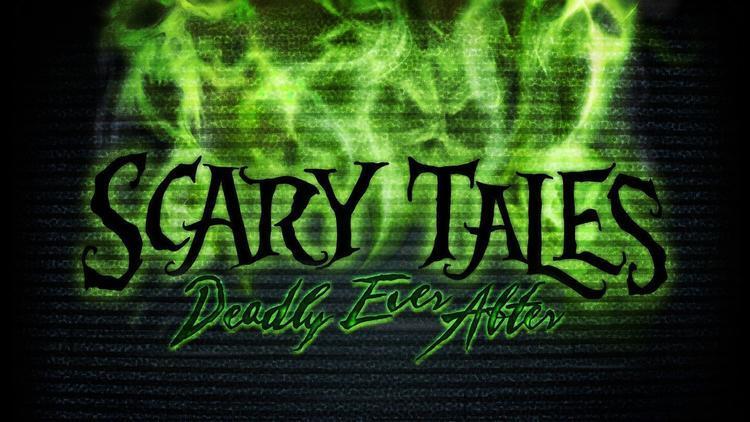 The next house that caught our attention was the Scary Tales: Deadly Ever After. It's an original house not based off a movie or television show where a wicked witch has turned our innocent bedtime stories into sinister nightmares. Again, the level of detail in the house was mind-boggling. As soon as you walked into the maze, the witch was on literally standing above us on a castle ledge  casting a spell and flying over our heads. And then every room after that was full of dark and twisted characters. Sirens, that were not the Little Mermaid we grew up with, tried to pull us 'underwater'. Goldielocks murdered one of three bears. The Big Bad Wolf ripped Little Red Riding Hood to shreds.  I don't know what the Gingerbread man was offering me to eat, but I said 'No, thanks'. In fact, when you're confronted with smells, sights, and sounds that overwhelm your senses, you never know what's going to fly out of your mouth. During this maze, my sister and I got as close to Ellen's producer Andy and Sarah Paulson as we're ever going to get - cursing, screaming, and telling demented pigs to mind their own business - in other words. Naturally, I became Paulson. 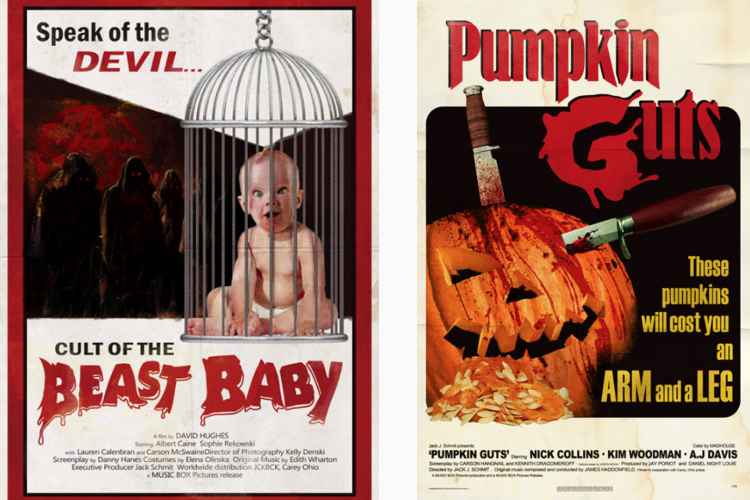 Out of ten houses throughout the theme park, we made it to three and were pretty proud of ourselves. We considered packing in a few other houses, but the heat and energy to do the houses were honestly starting to catch up with us after a few hours - and we're native Floridians so we're pretty used to the heat and going to the theme parks. But we had a two hour drive home, so we didn't want to push ourselves too much. If we could go back to Halloween Horror Nights more than once, we definitely would. Next year, we're planning to get the ticket packages where guests can attend multiple nights at a discounted price.

Our last house was Slaughter Sinema. Surprisingly, of the whole entire evening, this house had the longest line. The queue was the most decorative of all the houses too. A drive-in theater with cars played a reel of the actual movies featured throughout the maze, which was like Robert Rodriguez's Planet Terror on crack. Inspired by B-horror and grindhouse movies, the maze took us from the concession stand to a barbershop where every customer gets a little bit off the top, country hicks who are carving people as well as pumpkins, amazon cannibals, a mad scientist's experiment gone wrong, and so much more. It was definitely worth it as a film buff and as a fan of campy horror movies.

Outside of the haunted mazes, there are scare zones located throughout the park. This year included The Harvest, vampires crashing a 1985 New Year's Eve party, Killer Klowns From Outer Space, Twisted Tradition, and Revenge of Chucky from Child's Play. It's one thing to walk around these areas during the day and probably think they're cool Halloween decorations. It's another to try to navigate through fog machines and not knowing what will duck out of the darkness towards you. The scare zones are a fun intermittent way of being terrorized while trying to walk around the theme park from maze to maze. 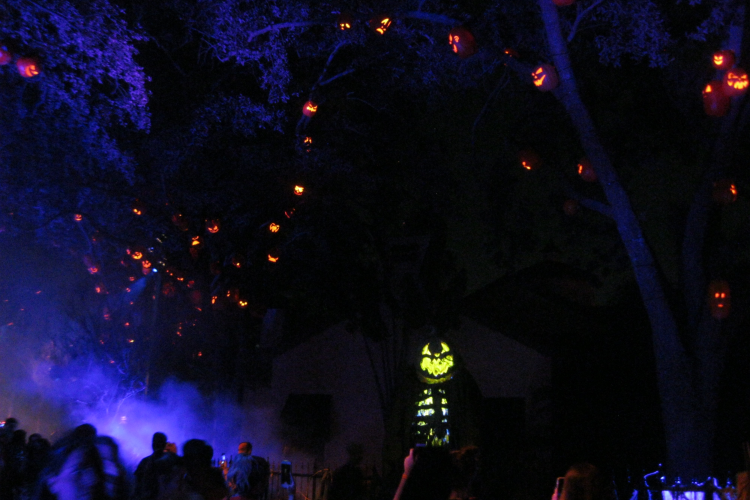 My favorite scare zone was the Twisted Tradition, which was like a Halloween abomination. The lines of trees around the streets were decorated with glowing pumpkins and one actual 'pumpkin king' came to life on the street. The bushes were littered with creepy sounds like rustling trick-or-treat bags and mysterious creatures, so you didn't really know what was hanging out in this area ready to spooky you.

One of the best moments in the vampire scare zone was seeing vampires dressed up as eighties icons like Madonna, Freddie Mercury, and Prince. They were a little too fast-moving for me to take pictures of, but I'll never forget the Michael Jackson vampire who I made break character by doing an impression of The King of Pop before he had a chance to scare me. Unlike the houses where the actors scare you over and over again, sometimes it's fun to break the tension by making yourself and them laugh.

The other scare zones were cool too: The Revenge from Chucky zone featured toys that had been mutilated and a live Chucky doll that would interact with guests; The Killer Klowns from Outer Space featured the 'real' clowns from the movie; The Harvest featured actors would jump about behind hay stacks. 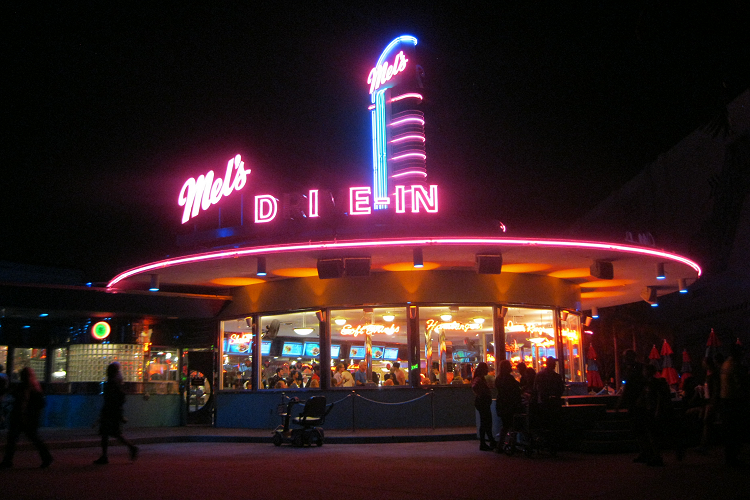 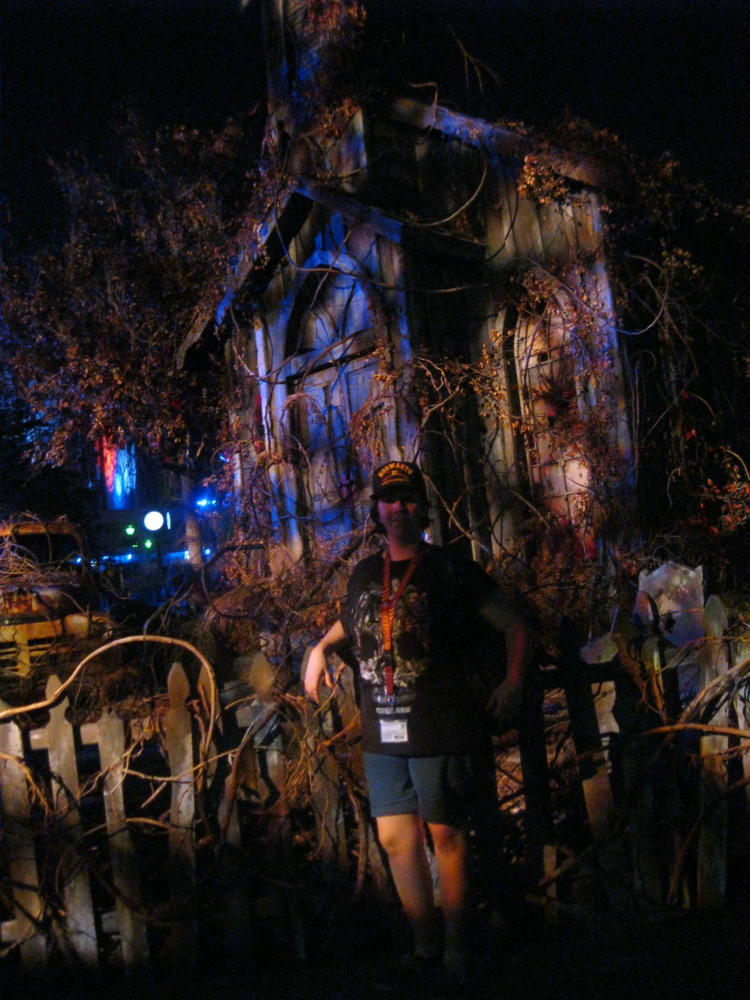 This wasn't my first rodeo at Halloween Horror Nights. It's been *cough* a few years *cough* since our last visit, and revisiting it reminded us how fun it is to take part in different events from what we normally do for Halloween like watching scary movies. Here we had the chance to "star" in a few movies and interact with our worst nightmares. Next year, we're crossing our fingers to go into the Upside Down again and live to tell the tale.
at October 12, 2018