Mission: Impossible Fallout (2018) Is The Best Franchise That Keeps Getting Better 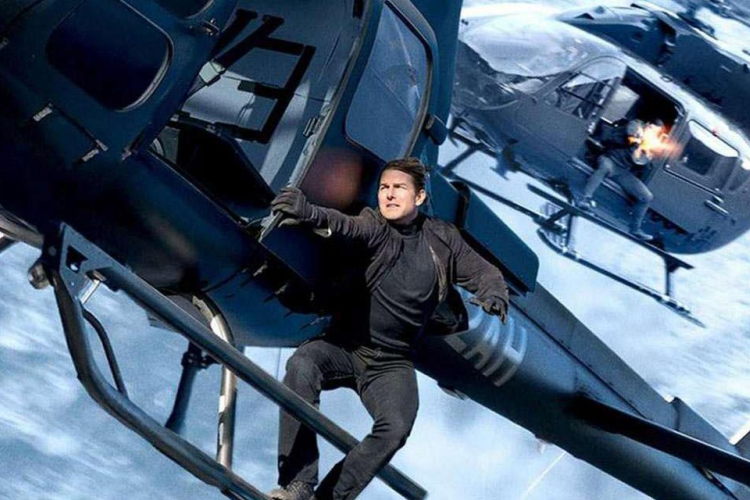 On the very rare occasion that Tom Cruise doesn’t deliver on his promise to thrill moviegoers, almost every summer we count on the renown star to bring on the excitement as the daring spy Ethan Hunt. Waiting for another installment has become an event in itself for fans anticipating where Cruise will take his passion for this sage next. Every Mission: Impossible installment seems outdo the last tone. Coming back for the sixth time, Mission: Impossible Fallout again proves to be the best entry in a franchise that just keeps getting better.

After failing to recover three plutonium nuclear cores, IMF Agent Ethan Hunt is forced to team up with the CIA’s top assassin August Walker (Henry Cavill) to prevent the weapons from falling into the hands of a religious anarchist group known as the Apostles. While dealing with the aftermath of capturing one of its dangerous associates Solomon Lane (Sean Harris), Hunt’s past comes back to haunt him, and question how he can save the world just one more time.

Every Mission: Impossible has been naturally different in their own way as the films have changed hands between directors, writers, and supporting casts. Despite definitive stylistic transitions between movies, the series has never lost the core of what it’s always striven to be: an action-packed escape with fun characters. Though the franchise as a whole and individually are far from bad (the earliest ones are certainly dated but not the worst), Fallout is not just a physical rollercoaster ride but an emotional symphony in humanizing its hero.

Like the scrappy TV secret agent MacGyver who creates life-saving devices out of the barest essentials, Hunt always has something up his sleeve to get the mission done, rarely turning down a challenge and using whatever's on hand to escape the unpredictable. Yet in 2006, director J.J. Abrams changed the game with Mission: Impossible 3 by making a bold choice to explore a romantic relationship between Hunt and Julia (Michelle Monaghan). Their marriage was meaningful and loving, despite how short-lived it was because she was put in the crossfire. Though they went their separate ways, his line of work continued to impact them both. For Hunt, it allowed the following movies Ghost Protocol, Rogue Nation, and now Fallout to morph the superhuman spy into someone who's actually quite human. Even though he still lurks in the shadows to prevent international catastrophes, the threats he faces still hit close to home. Every choice he makes matters because someone's life is at risk. Underneath all of the bravado and the lengths Cruise will go to give audiences a good show, Hunt's greatest strength and weakness is being unable to sacrifice one for the many. In Fallout, we see his burdens and regrets as his inner circle becomes expendable by the people hunting him down. More than being familiar with his tough choices and daring antics, this installment gives a deeper sense of Hunt's worst fears of trying to protect everyone and at what cost.

As important as Hunt is to the rest of the world, his missions wouldn't be the same without his team. The series has been unlucky in past to secure the recurring castmates in supporting roles, but Hunt's most recent team has become like a family: Benji (Simon Pegg), Luther (Ving Rhames), Julia (Michelle Monagahan), and Ilsa (Rebecca Ferguson). While Hunt acts as the head and the muscle, Benji, Luther, and Julia are definitely the heart and soul; great for comedic relief but also deepening Hunt’s relationships. The most exciting return must be Ilsa Faust (Ilsa Faust). As the closest counterpart to Hunt as possible, she continues her arc from Rogue Nation; given a new assignment to kill Lane and prove her allegiance to MI6. Being cut from the same cloth, Faust and Hunt's chemistry grows as they are pitted against each other, but ponder what life would be like if they weren't so loyal to their causes. Seeing them struggle to turn over a new leaf adds another dimension to both of their stories and where they could go in the future.

One of the movie's most intriguing elements is its villains. Out of all the antagonists Hunt has had to track down, Lane is by far the most tangible. They both try to serve the greater good but from opposite sides of the spectrum; Hunt values one life as much as he does millions, while Lane will easily dispose of as many as he can, in his mind, to save even more. In addition to bringing Lane back to mess with Hunt's mind, new shady characters are also introduced: Henry Cavill as August Walker, an assassin assigned by the CIA to not let anything stand in their way of securing the nuclear bombs; Vanessa Kirby as the White Widow, an underground arms dealer and broker; Angela Bassett as Erica Sloane, the new CIA director. Though Harris continues to torture Hunt with cat-and-mouse-games, Cavill, gives the most unsuspecting performance, never quite letting us figure out if his or anyone else's motives are true and becoming a good chess player almost as well as Hunt.

Even though the story's an intriguing maze of ulterior motives, the action is one of the film's biggest draws. Whatever paces Hunt is expected to run through is easily summed up in the series’s title, so it's easy to say that these movies sets themselves apart because of the lengths Cruise will go to for his character and movie-goers. This becomes clearer as other blockbusters pile on the CGI to the point where special-effects look the same, while Cruise and the production crew buckled down to make every M:I action sequence as tangible as possible. While CGI might be respectfully revered for bringing elements to life that couldn't be done otherwise, the practical stunts Hunt must survive in order to save the world adds a bigger, more exciting layer of heart-pounding realism.

Though the action has always been well integrated into the past movies, director and writer Christopher McQuarrie focuses less on making one stunt the central showstopper and lets the whole films seamlessly speak for itself with the editing, cinematography, and music. The production's attention to detail is what makes Cruise's movies stand out from all the rest; because you know you're not just going to get explosions for explosions sake. Everything you thought wasn't practical actually is real, heightening the adrenaline and peril Hunt is faced with. By combining McQuarrie's superb script full of references from the past M:I films and slick direction, with Cruise's ambition to create action scenes you've never seen before, you're going to get a movie you've never seen before. From jumping out of an airplane to nearly crashing helicopters, and superb motorcycle chases and combat scenes, Fallout is one whole exciting escapade you'll come out of it feeling like you saved the world too.

Similar to McQuarrie's Rogue Nation and (Brad Bird’s Ghost Protocol), the stakes are set in the beginning with a tense mission that's filled with twists and turns until the very end. For the sixth film in a twenty-two year old franchise, it’s difficult to imagine this series has come so far. Laced in heart-pounding action and a heartfelt story, McQuarrie produced a superb installment that not only lifts elements from all of the previous movies, and manages to be not that too different from them either. Mission: Impossible has found a way for a saga to refine itself over time but not lose anything of what's made it endure. In fact, it’s plausible to say that it’s okay to stop here. Fallout’s so well-rounded, it’s impossible to know what will be in store for number seven. I know if there’s another one in the works, there’ll be no other choice but to accept where the IMF takes us next.