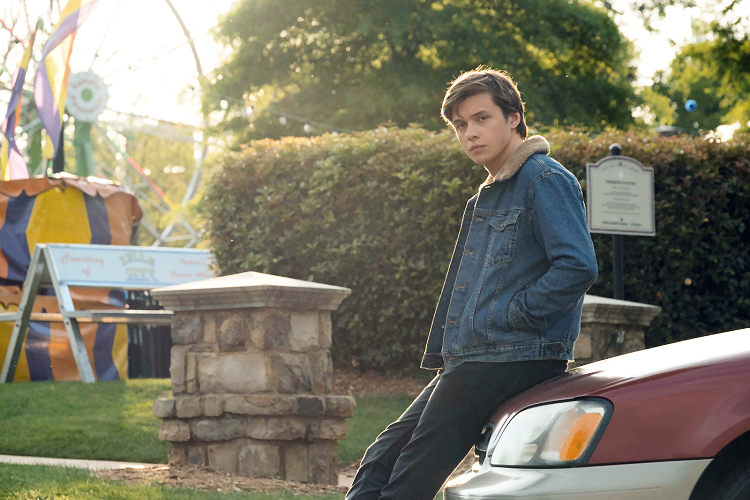 Everyone deserves a love story, but cinema has been slow in letting everyone share their affection for others. Based on the best-selling book Simon vs. the Homo Sapiens Agenda by Becky Albertalli, Love, Simon is one of the most refreshing romantic dramedies in a long time.

Simon is gay. But nobody knows it yet. One evening, the gossip site for his high school tips off the community that someone is secretly gay but hasn't revealed their sexual identity yet. In a bid to ward off any attention, he anonymously shares his story of fears and worries about coming out, and begins a penpal relationship with "Blue" - another kid at school who's in the same position he is. When a nosy theatre nerd finds out Simon's secret and promises it'll stay so if he's hooked up with one of Simon's friends, Simon does everything he can to help him while sorting out his feelings.

Though I haven't read the best-selling book yet, the adaptation proves to be a hit on its own. Given how many young adult franchises just don't capture the attention like they used, and films representing the gay youth experience are becoming more seen than ever, Love, Simon is an enjoyable, important coming out of age movie.

Centering the story on a young adult who's experiencing the acceptance and realization of being gay, the film mixes in romance, laughs, and tenderness in a wonderfully written, heartfelt story. Leading the film as Simon, Nick Robinson gives a charming, captivating performance navigating his character trying to understand who he is, imagining the realization of possibly being outed by someone else, and what it means for him to be gay rather than what anyone thinks of being gay. As much as the film is an exploration of Simon searching to express this part of himself on his own, it's also told beautifully through Simon finding his other half. Similar to Todd Haynes's Carol expressing longing, loving looks between two women, Simon imagines who Blue is; you can see the anticipation, excitement, and hesitation across his face trying to identify who his mysterious pen pal is. Simon isn't ashamed to be gay, he just doesn't know how to share his feelings and find liberation is a marvelously honest and heartfelt joy.

Love Simon captures a serious snapshot for the LGBTQA+ community that's long overdue. Sometimes one of the best things about a movie is not only the way its well-crafted, but also shining a light on an experience that's not commonly expressed or celebrated in a heavily ignorant world. As the movie poignantly and sharply points out: why is straight the default?, but more than that: it's okay to love who you love, and when and how you come to your family/friends is up to you. The film shifts the expected straight narrative that are always dished out in movies to let a gay character take the wheel, packaged with the usual inexperienced high school principals, quirky theatre teachers, nosy peers, drunk parties, and awesome collection of friends. From the soundtrack, script, and style, it's honestly no different than the hundreds high school romantic comedies centered on heterosexual relationships. EXCEPT, Love, Simon is inclusive; not just with the story but for the actors too; it's the first coming-of-age movie produced by a major studio with teen gay protagonist; its letting teens exhale from being represented. And that makes all the difference in the world.

Directed by Greg Berlanti, Love, Simon easily creates a modern classic for today's generation. Tender, funny, and charming, it's difficult to not fall head over heels for Simon's journey of not only navigating the murky waters of high school, but his inner quest to live life with pride and finding the boy he wants to fall in love with. While it's important to learn about the prejudice that exists, it's remarkable that a film showcases a movement of acceptance. Love Simon tackles both, but definitely lets love win in the end.

If you are a member of the LGBTQ community or know someone who is, and are being bullied online, here's a guide on how to stay safe online.