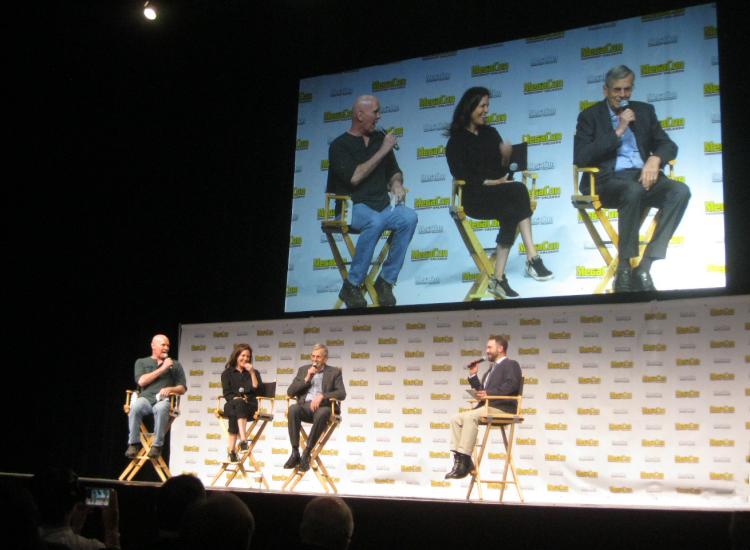 For almost fourteen years, fans of The X-Files waited for the resurgence of Chris Carter's extraterrestrial series to come along. When the television show returned to Fox for two more seasons, devotees were all-to-eager to continue the investigation of aliens, demons, and everything in-between alongside FBI Agents Fox Mulder (David Duchovny) and Dana Scully (Gillian Anderson). Following the series' brief return for its eleventh and final (never say never) season earlier in 2018, the truth was still out there as the supporting cast touched down in MegaCon Orlando for a mini-reunion. Mitch Pileggi, who played FBI Assistant Director Walter Skinner, Annabeth Gish as former agent Monica Reyes, and William B Davis as Cigarette Smoking Man were on hand for a spooky question and answer session with fans to dish about the latest season and what it was like to work on one of the most mind-boggling series ever.

The following contains spoilers for the final season of The X-Files. Read at your own risk!

The last time we saw the trio's characters in season ten left fans on the edge of their seats. A virus had swept the world leaving everyone in the wake of Cigarette Smoking Man's latest plans to exterminate the mankind. As season eleven kicked off in early 2018, the series revealed a twist that would align Skinner, Monica, and Cigarette Smoking Man against Mulder and Scully trying to find their long lost son who embodies alien-like superpowers and could be a possible cure against CSM's plans.

What was it like for the group to film some of the biggest twists together? To start, the shocking opening of season eleven where Skinner is cornered by Cigarette Smoking Man and Monica in his car wasn't as easy as it looked. Because Davis actually smokes herbal tea cigarettes as Cigarette Smoking Man, the car reeked from the cigarettes' fumes. And, despite sitting in a car for hours on end to film their scenes, it wasn't all smooth sailing especially for Pileggi. When Skinner turns and looks who is trying to take him hostage, he suffered a lot of bruises as the actors first practiced the scene freely as much as possible, and then spent more time positioning and blocking for the camera to ensure everything looked right. By the end of filming a brief scene that changes the alliances between them, the behind-the-scenes elements left them pretty sore.

Similar to the opening of season eleven, its finale was equally shocking as it reigned in the end of an era for Skinner, Monica, and Cigarette Smoking Man - all of which were killed off. Since fans know to never-say-never when it comes to characters' fates, the curiosity of the show's future was naturally of huge interest. When asked about if this was the last time we saw Skinner, Monica, and Cigarette Smoking Man ever....well, the cast knew the answers but Chris Carter was the word.

Despite the fact that the series' creator always having something up his sleeves over where the story is going next, Pileggi firmly believed this was the end of the road for Skinner and the show as a whole. Meanwhile, William B Davis described Cigarette Smoking Man's latest disappearing act, which showed him falling into a bay after being shot several times, as nothing more than misdirection; he felt that Cigarette Smoking Man morphed with Mulder's son's powers and gets away once again. There still might be life left in the immortal villain yet.

As for Annabeth Gish, even though she, like Skinner, was killed the last episode, she believed because of Monica's new age beliefs, perhaps the bullet hit her third eye and she ultimately entered another realm. In an interesting twist, during the original season latter seasons Annabeth appeared in before the season nine cancellation, she took belles from Monica's apartment home with her as a memento from filming. And the day that she filmed Monica's death scene, which had stayed in tact for nearly seventeen years, the belles were mysteriously broken when she returned home. 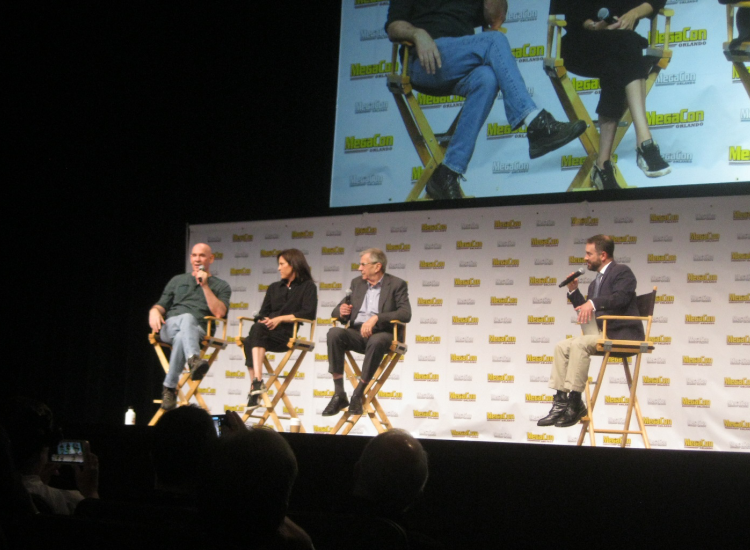 On whether or not the show would be coming back, the characters' deaths was almost nothing compared to their arcs, especially Monica Reyes. Like the fans, Annabeth was shocked by Monica betraying her friend Scully to team up with Cigarette Smoking Man. While the series was off-air for more than a decade, Gish believed that Monica was still helping Scully and working with the FBI. Returning to the show with other plans Chris had in mind challenged Gish to think of Monica in a different way about how or why did she turn to the dark side, and perhaps she was just working undercover to see what Cigarette Smoking Man's next moves were.

Despite the mind-boggling twists the show has dished out over the years, and its conflicted relationship to find a home at Fox on television, the actors described working on The X-Files as one of the best experiences that ever happened to them.

For one, it helped Davis establish his career. As he described first auditioning for the show, he recalled not getting the role of the detective who questions Scully in the premiere and instead landed the smoking shadowy figure standing in the corner who barely had any lines. He recalled at the time that he was simply proud to call himself a working actor and felt it was ironic to be playing Cigarette Smoking Man for more than twenty years.

And in a weird twist of fate, the opportunity to play Skinner also helped Pileggi find love.While filming one of the scenes with a short redhead standing in for Gillian Anderson, Pileggi recalled falling in love with her at first sight and swore to Carter that he would end up marrying her. In fact, they ended up getting married eight months later and are still together today. Similarly, Gish described the role as having opening up other opportunities for her on Pretty Little Liars and a Haunting of Hill House series that's coming to Netflix, and that she couldn't imagine her life turning out another way especially with having a family of her own.

Though season eleven may be the last time we enter The X-Files vortex once and for fall, the future still has plenty of other possibilities. In terms of other roles that the cast are open to playing, the trio shed light on dream roles that they would love to play and might end up teaming up again in the future on stage. After Davis expressed how much he loves to direct and that theater is where his true passions lie, Pileggi described his dream of playing Big Daddy from Tennessee's Williams Cat on a Hot Tin Roof, which prompted Annabeth to offer playing Maggie and for Davis to direct them. Even if might've all been in jest, hope is out there.
at June 04, 2018