Jeff Goldblum Lives Up to His Legend at MegaCon Orlando 2018 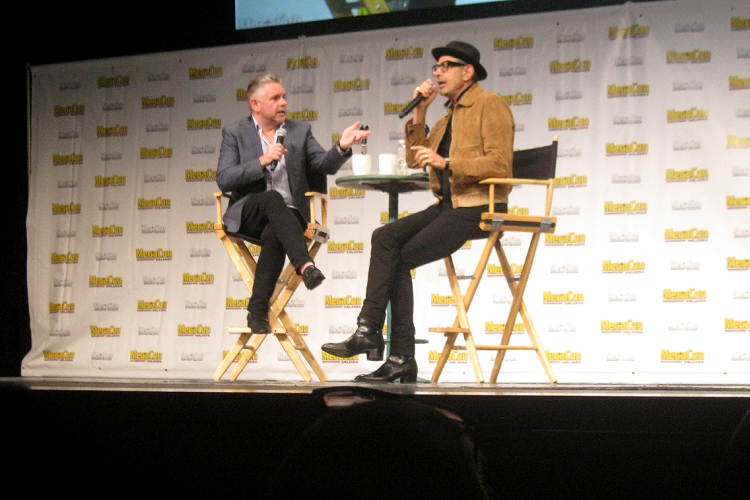 From generation to generation he's known for his roles in Jurassic Park, Independence Day, and Thor: Rangarok - to name a few - but how do you describe a legend like Jeff Goldblum? Eccentric, debonair, funny, and a true original are some of the first words that come to mind. Similar to being captivated by him on the big screen, there's nothing quite like seeing the man himself in person. When MegaCon Orlando announced Jeff Goldblum would be among their cast of celebrities to appear at the convention, there's no way that a longtime fangirl like myself could turn that opportunity down.

Similar to growing up reading Harry Potter or watching Star Wars, some actors are just apart of your childhood. Like so many fans, my history with Goldblum goes way back to when I was kid. But you could say it's as simple as anybody's, watching his movies since I was a little girl and naturally being aware, or should I say addicted, to  his enigmatic personality. My admiration for him grew as I became an adult reading his interviews and continuing to enjoy his movies and tv shows. He's also from my hometown of Pittsburgh, Pennsylvania, so that gives me another level of kinship I feel towards him. Yet there might be no greater truth than what talk show host Conan O'Brien once said: "no matter what movies you are in, the eye goes to Goldblum".


While Tom Hanks might be considered America's Dad, Goldblum can easily be considered America's Eccentric Lovable Uncle. His interviews with O'Brien are some of my favorite appearances ever because Conan and Goldblum are wildly candid and improvisational, showing off and sharing their perfectly quirky personalities and sense of humor. It's almost no surprise that the his own panel at MegaCon Orlando was not-so-typical.  The first few seconds didn't disappoint, let alone the next thirty minutes as a traditional question and answer session was thrown out the window. Led by a member of his team Andrew Goodwin, a roaring crowd was ready to eat up everything Goldblum said and did. The panel was armed with Goldblum-tastic memes, tweets, and facts that were found online, and let Goldblum take the conversation wherever it could go.

The panel was full of Ummms and Mmmms, and purring (did you know you can listen to ten hours worth?); talking about his stylish wardrobe and plans for the future (He'll be releasing a jazz album. You can actually catch him and his band playing at The Rockwell in Los, Angeles, California when he's not being one of the busiest actors around). This summer he's recurring the iconic role of Ian Malcolm in Jurassic World: Fallen Kingdom (in U.S. theaters June 22, 2018) and will celebrate his overdue star on the Hollywood Walk of Fame on June 14th, 2018). While most celebrity panels at MegaCon Orlando are led by the fans or a host asking questions about one's career, this one just let Goldblum find his own way. 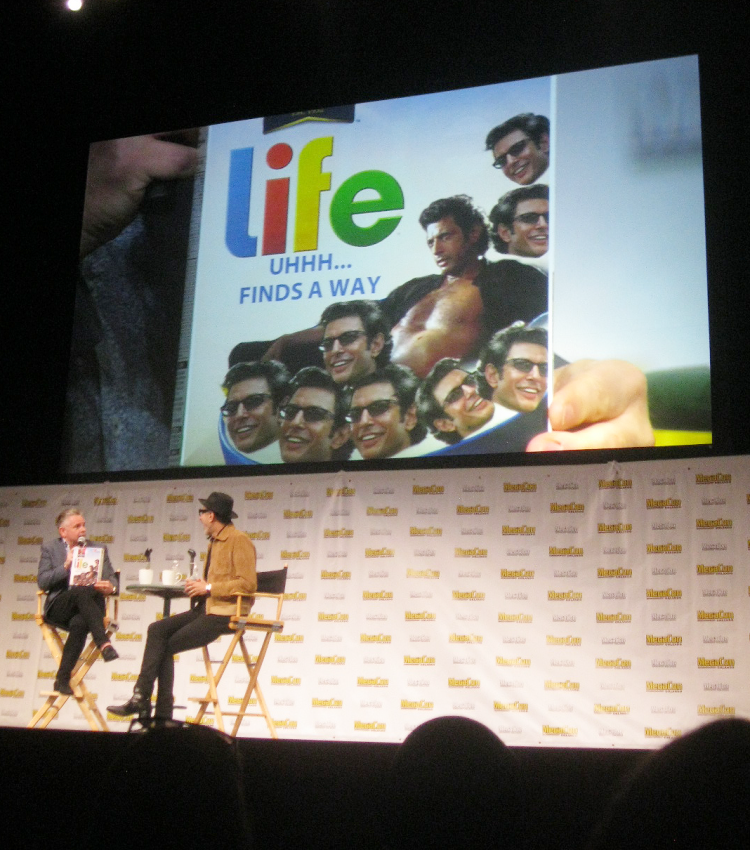 After playing a brief catch-up, of course, there were the real tweets that only solidified how people worship the man; he read every single one aloud with a deep curiosity, skepticism, and joy. He doled out saucy looks while sharing stories of his wife as a contortionist and being able bend her legs back while giving birth, to talking about his reputation as charismatic and wholesome silver fox. The discussion went here, there, and everywhere a fan of his could only imagine. (If you'd like to see the whole panel, it's definitely not one you should miss.) Oh yes, all eyes and ears were on Goldblum. One can't help but feel his most iconic moments are yet to come.

And as part of the appearances for the weekend, Goldblum also participated in photo-ops and autograph signings. Of course I had to meet one of my idols and get an autograph. I can only describe the wait of meeting him and being as close as possible as a fan can could be (outside of photo ops) as worth every second. There were many things I wanted to say to him, and honestly, not enough time to say it all. The best way I could bring all of my feelings together was with a hearty, "It's nice to see someone from Pittsburgh", and he gave me one of those iconic combo pack gestures of smiles, hums, and points. It's something I'll never forget.
at June 01, 2018