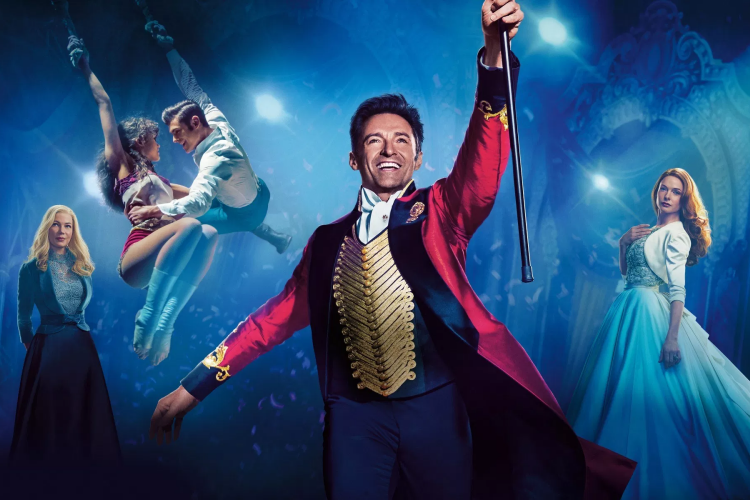 When I didn't ponder too much about The Greatest Showman, I could feel myself loving it and letting the atmosphere of musical magic wash over me. Jackman's passion project has all the right elements to be a solid showstopper, but the story was quite a setback for me; the spotlight shines more on Barnum's obsession with praise than inspiring his troupe of misunderstood performers.

Contrary to what some critics claim, the fact that the movie isn't a direct biopic wasn't a major issue; if you watch the trailers, you know it wasn't intending to dive into the crueler parts of Barnum's past. By all means this is a musical aiming to sweep you off your feet, and it does because the music makes your heartstring and the production is gorgeous. But trading in history for toe-tapping numbers doesn’t do enough to convince that even this 'fictional' Barnum is an opportunistic jerk.

This Barnum, and the real dude too, had a rough start in life - grew up on the wrong side of the street and had to climb his way to the top. As an adult, he believes his dreams will take him and his family anywhere they want to go, and it’s actually his imagination that gets him his big break – to start a museum and eventually a circus starring people society has cast out. Even though the songbook celebrates love, heartache, and humanity, Barnum isn't much of a leader or showman to his performers. Quite the opposite, he signs them up with point-blank by saying "they're already laughing at you. You might as well make some money off of it", and then as the show becomes more popular and faces violent discrimination, his outlook's basically, “it doesn’t matter why they're smiling as long as they leave happy”. Surprisingly, his path to greatness is less about having compassion towards outcasts since he was one as a kid, and more about making a living off of anyone he can find.

The story honestly doesn't help itself as time goes on. To this Barnum's credit, he gave a misunderstood troupe someplace to belong, but their challenges are mostly in the background, and any celebration of individuality and humanity feels over-shadowed against his struggles. The door is not so subtly closed on the performers who's story is worth being told - a trapeze artist Anne Wheeler (Zendaya) "whose cure" to the racist discrimination she experiences is basically to fall in love with Zac Efron, and Lettie Lutz (Keala Settle) leads the individuality parade but little else to do (all three and Rebecca Ferguson are truly great).  As the film tries to be saccharine, Barnum's selfishness is hard to get behind. As much as I love Jackman, who is one of the most lovable enthusiastic stars ever, the script just doesn't work in his favor. By the time he eventually earns redemption to create the circus we know of today, it's too little too late to feel like it's truly earned.

Where The Greatest Showman shines is in its theatricality. If a movie's given a title like this, it should deliver. And, first-time director Michael Gracey does an amazing job. He makes the movie feel like it’s his tenth feature instead of his debut. With him, the soundtrack by John Debney and Joseph Trapanese beautifully combines a contemporary style into the 19th Century that’s very Moulin Rouge-esque. The way every song like "This Is Me", "Reach for the Stars", and "Never come to life is the heartbeat of the show dazzling with costumes and the production design. Barnum’s ideas and dreams  feel  bigger than life. The only thing this movie really needed was a story that sang a different tune.