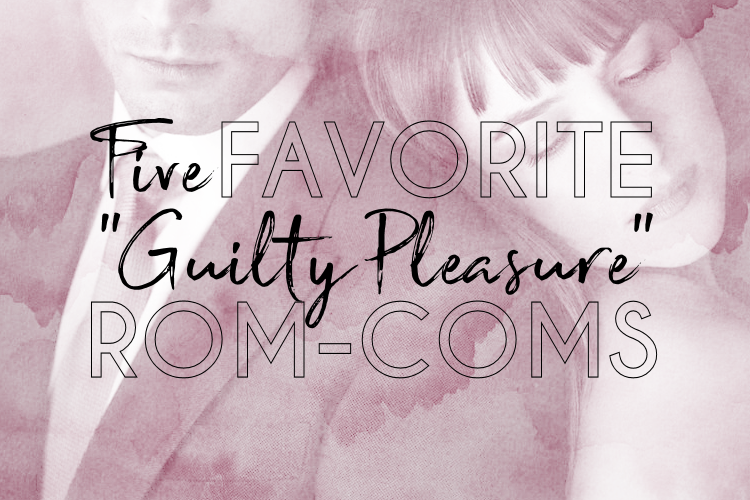 I don't believe in guilty pleasures. We all have books, movies, or tv shows that we love, but in other people's eyes, we're supposed to feel bad about liking. Why? 'Cause they're not masterpieces or universally praised? We're supposed to "hate ourselves" for liking something other people don't? I don't get it. Since it's the month of love, and romantic comedies are supposed to be the bane of "serious" filmmaking, I thought it'd be fun to share some movies I should probably feel guilty about but don't. Here are 5 Favorite "Guilty Pleasure" Romantic Comedies. What are you some of your favorite rom-com movies other people hate? Feel free to share in the comments!

A washed-up pop icon (Hugh Grant) and an aspiring writer (Drew Barrymore) try to churn out a chart-topping hit for a teen pop sensation. Grant and Barrymore as a couple isn't the first thing you think of for a romantic comedy, but they have nice chemistry here. The former is the sarcastic cynic who kinda has a heart of gold, and the former gets to be her adorable comedic self. The story is cliche, but it's a fun little movie. And the soundtrack is super catchy.

Chris (Ryan Reynolds) was once friend-zoned by his "out of his league" best friend Jamie (Amy Smart) in high school, and moves out of his small town to become a major record producer. When he and a crazy singer (Anna Faris) accidentally end back up in his hometown, he's kind of an asshole to Jamie but ends up getting her anyways. It's not great on the romance, but Reynolds and Faris are hysterical. And, it's a miracle if the Forgiveness song doesn't get stuck in your head.

How To Be Single l 42% Rotten Tomatoes

Alice (Dakota Johnson) wants to take a break from her longtime relationship to find herself. She has to go through a few more horrible relationships to learn what it means to be comfortable by herself. It's like the entire Sex and the City series condensed into a two-hour movie with female characters claiming independence by ultimately ending up with other people. I wish the script was fuller and deeper, but Dakota, Rebel Wilson, and Leslie Mann are funny for what it's worth.

Back when I read a lot of women's fiction as a teen, for some inexplicable reason, this book was sacred to me. I was pissed when they were going to adapt the story from Ireland to New York City starring Hilary Swank (who I love) and King Leonidas. But did that stop me from seeing it in theatres and crying from beginning to end? because I loved it so much? Nope. It's a pretty perfect adaptation.

*raise your hand if you're surprised* That's what I thought. I should probably have every reason in the world to feel ashamed about loving to cringe-watch the Fifty Shades trilogy. Because they are pretty bad. But I don't. I know what my reasons are for liking parts of these movies, and that's enough for me. *mic drop*
at February 01, 2018