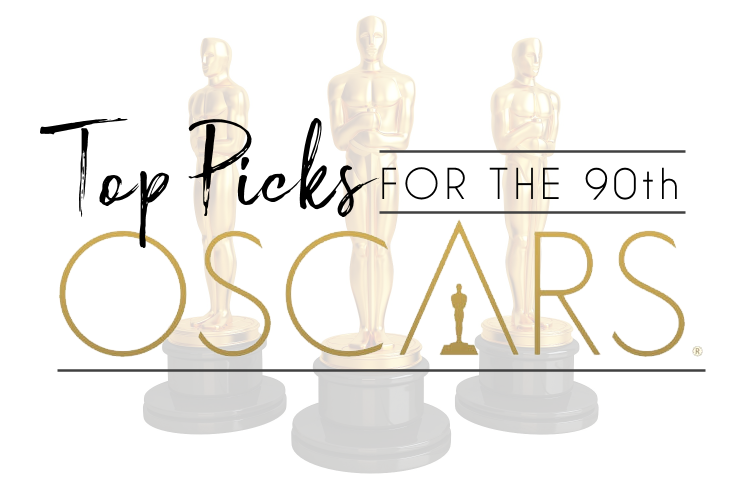 It's the biggest time of the year for the film industry: the Academy Awards are just around the corner! Members of the Academy of Motion Picture Arts and Sciences are closing in on naming the chosen ones for best actors and productions over the past year. What are the odds this year's nominees will win? After aggregating the nominations from award shows so far and figuring out who might actually walk away with gold this year, I thought it'd be fun to share my top picks of everything from Best Music to Best Picture. Who do you hope will win at the 90th Academy Awards? Feel free to share your thoughts in the comments below!

Blade Runner 2049 hasn't been welcomed as graciously by the award voters as I would like to be. Technically, the production has received recognition for production design, sound design, and visual effects. It's impossible to think that Deakins will be overlooked for cinematography. His work in film is prolific, so it would be wonderful to see him finally win.

Composer Hans Zimmer and director Christopher Nolan have worked together on five films so far. From the Batman series starring Christian Bale to Nolan's epic flicks like Inception and Interstellar, their work is a perfect marriage of music with moving pictures. As Nazi soldiers zero in on allied soldiers trying to escape Dunkirk beach, Zimmer's score adds so much more adrenaline to the already heart-racing story. Merging Nolan's deeply thematic stories to Zimmer's unsettling scores, their work for Dunkirk is top-notch.


Best Original Song: "This Is Me", The Greatest Showman

It took almost seven years for actor and producer Hugh Jackman to turn his idea of a musical about P.T. Barnum into fruition. Following on the recent heels of director Damien Chazelle's original musical La La Land, The Greatest Showman is full of fantastic pick-me-up songs celebrating individuality. It's hard not to fall in love with the passion behind This Is Me.

The grim world building of the original Blade Runner more than thirty years ago, set the tone for futuristic film noirs movies that would come after that. Building on the underbelly of Los Angeles in 2049, it's amazing how the production team used practical effects to pull of some of its most impressive scenes to create a completely hypnotizing, dystopian world.

Because of my love for the original film, it's always been a dream of mine to vicariously travel through a live-action version of the movie-musical. The behind-the-scenes process to transform the 1991 version realistic is incredible. From Belle's village to Beast's enchanted castle, Greenwood manages to take every bright, bold and timeless animated frame and turn it into tangible sets that are ornate and elegant.

One only had to see the beautiful official trailer to recognize the finesse that went into these 1950s costumes. They are straight out of Vogue and Harpers Bazaar from that era, yet establishes Daniel Day Lewis's dressmaker character Reynolds Woodcock as his own entity. While Hollywood is usually impressed with period films during award show season, there's simply no denying the artistry that went into these couture gowns and suits by Mark Bridges. 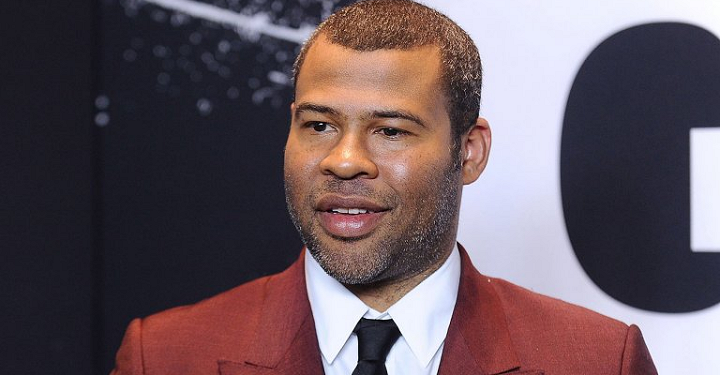 After an idea to dabble into horror, his favorite film genre, Peele spent eight years churning out the script for Get Out. He examined the post-racial life during the Obama administration and turns  micro-aggressions of racial fears into what would become the cleverest, tantalizing horror/documentary/comedy of 2017. To say the least, it's a brilliant script. 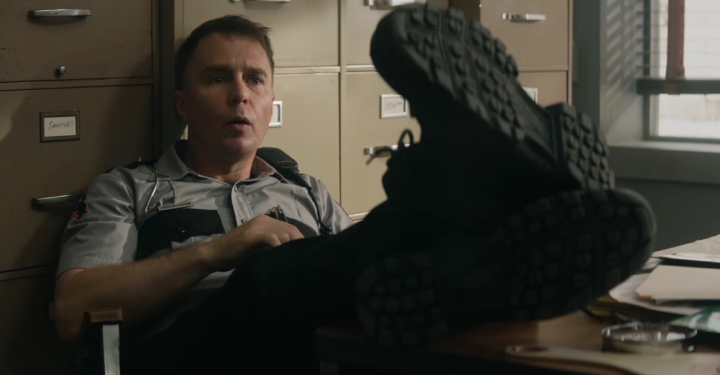 Because of the messy writing and direction, Three Billboards Outside Ebbing Missouri was not a favorite of mine this award show season. However, I can't deny that the cast was fantastic. And in that cast comes a controversial role, a racist cop played by Sam Rockwell. It's Movie 101 to separate a likable actor from an unlikable role, yet because the actor is receiving recognition for this antagonistic portrayal some feel we're rewarding racists and are scared or critical about what this movie says about us, people and society, in general. I get that in a way. Any creative person especially in film is the first to say that storytelling informs our world, but often when we face movies that are vulgar and deal ugly, real portrayals of racism, sexism, etc. we forget the vice versa part. Our world informs storytelling too. Sam does a downright compelling job as Dixon, a complicated character that leaves audiences debating over his redemption or lackthereof, and sometimes that in itself is what makes a lasting, memorable performance worthy of recognition.

Metcalf has been known for playing rough-around-the-edges, candid women with a tender heart for years. Here as Marion, the mother of a rebel teenage daughter Lady Bird (Saoirse Ronan), she hits this supporting role out of the park. Both Marion and Lady Bird have strong, candid personalities which makes it easy or automatic to get into painful, verbal sparring matches with each other. Their love for each other is just as strong and palpable as their alienation. Exhausted and disappointed, yet caring and warm, Metcalf splendidly shows a mother's love in all of its infuriating, touching glory.

Best Actor: Daniel Kaluuya, Get Out

Get Out tells the story of an African-American photographer meeting his white girlfriend's parents, and basically, all hell breaks loose. Having experienced racism his whole life, Chris's love for his girlfriend helps him excuse the level of weird ignorance going on around him. Eventually, his paranoia usurps his patience and understanding, and for good reason. You're with him every step of the way feeling what he feels. It's an amazing break-out performance.

I, Tonya is a rollercoaster tell-all biopic filled with dark humor and audacious, dysfunctional family drama. Margot Robbie puts her all into Tonya Harding, neither portraying her entirely as a victim or the victimizer. It's one of those performances where she becomes the character she's playing, tethering the supremely wild elements of the script and direction to an empathetic, human level. She's been missing out on picking up accolades for this one. She definitely deserves the gold.

This was a pretty touch category. As much as Get Out revitalizes the horror genre and turned my world upside, Lady Bird captured my heart at the last minute. Director and writer Greta Gerwig created a seamless coming-of-age film highlighting the intricacies of being a young adult and defining yourself as your own person, separate and apart of the expectations of your family. Gerwig's intertwining, crazy, beautiful relationship between Lady Bird, her mother, and herself is intense, funny, and heartwarming.

While Lady Bird is my long-shot-in-the-dark to actually win, the Academy allows the Best Picture category to have five to ten nominees. Alongside this one, I'd like to see recognition for fellow long-shot-in-the-dark movies Get Out (obviously), Phantom Thread, Dunkirk, or The Shape of Water. 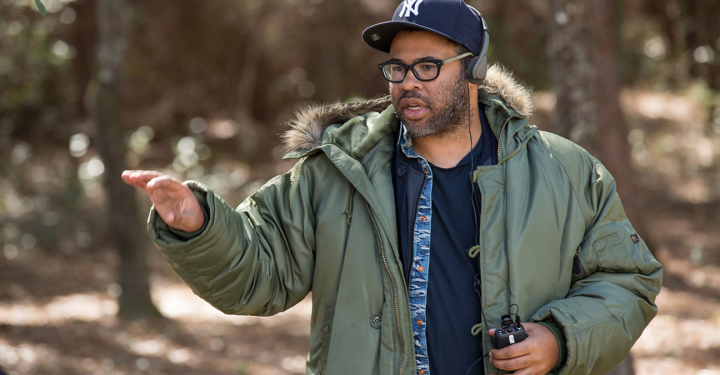 Best Director: Jordan Peele, Get Out

2017 was a year of divisive movies, building camps of love-or-hate fans for nearly every film that was released. Yet I've failed to see anyone come out of Get Out siding on one of the spectrum or the other. There's very little, if any, flaws in the pace or direction. It's satirical, terrifying, wild, clever, and authentic. As a debut feature film, the movie just wouldn't be the same without Peele's specific vision.
at January 23, 2018