Let's Go To There: The Great Movie Ride at Hollywood Studios It's not something I fangirl about a lot, but if I could, I'd give anything to go back to the golden age of Hollywood, just to walk the sets and see all of cinema's greatest stars up close and personal. Second best to fulfill that wish was Hollywood Studios. As one of five theme parks in Walt Disney World in Orlando, Florida, every vibe of that golden age comes alive there. The main streets are lined decked out in vintage decor and restaurants pay homage to legendary hang-outs like The Brown Derby. You feel like you're walking around the studio lots venturing from one shooting location to another.

As Disney revamps the site for larger Star Wars and Toy Story lands, those retro vibes are slowly changing. The most recent attraction going for a complete overhaul The Great Movie Ride. Built as a replication of Grauman's Chinese Theater in Hollywood, California, the ride takes guests literally into the movies. 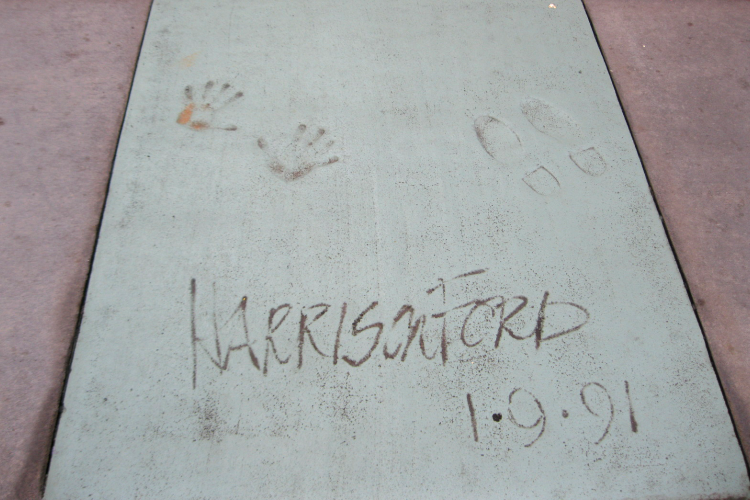 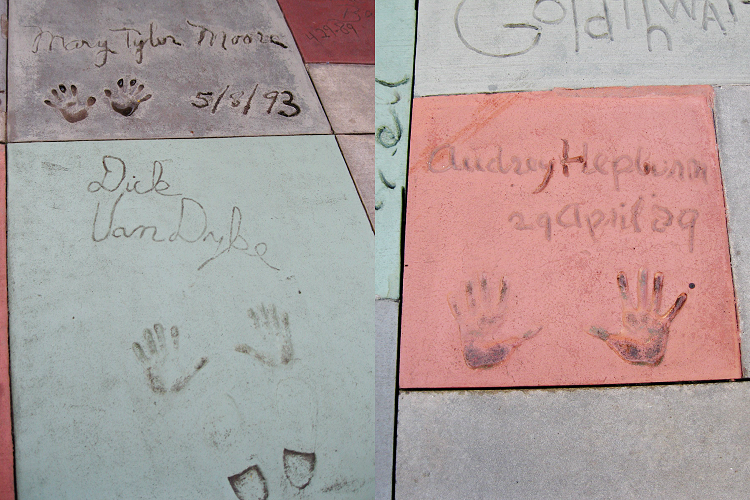 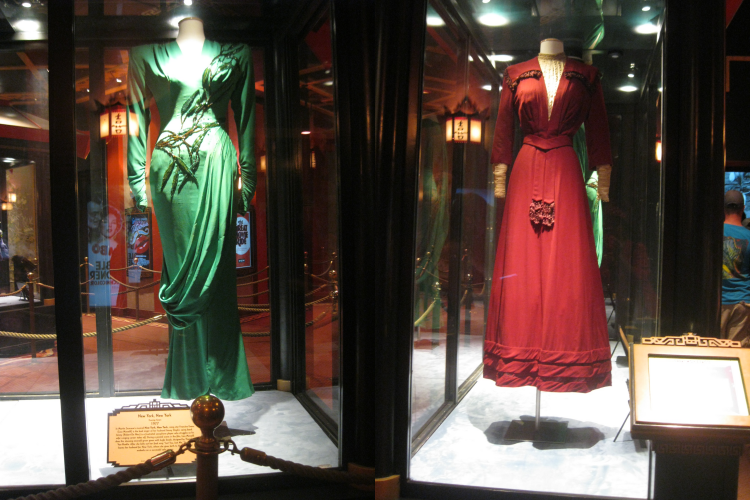 From Busy Berkeley's Footlight Parade and Gene Kelly in Singing in the Rain, to John Wayne on the frontier and skipping down The Wizard of Oz's yellow brick road, movie buffs celebrated the history of movies that takes them from the red carpet to the sets.

On the outside, fans matched their hands and feet to celebrities' cement blocks and sometimes there was a vintage car parked outside as if starlets had just arrived. Inside, the ride was a museum of sorts with posters and costumes from movies lining the queue. As you waited to get intside your vehicle, the dearly departed TCM host Robert Osbourne briefly talked about the history of film with clips of movies and trailers. Once seated in your ride vehicle, different sets and animatronics recreated famous scenes as the vehicle operator played out a sketch of their own. 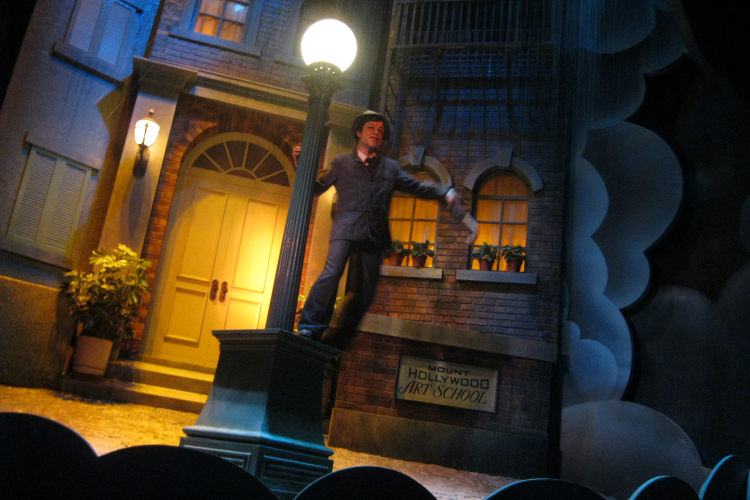 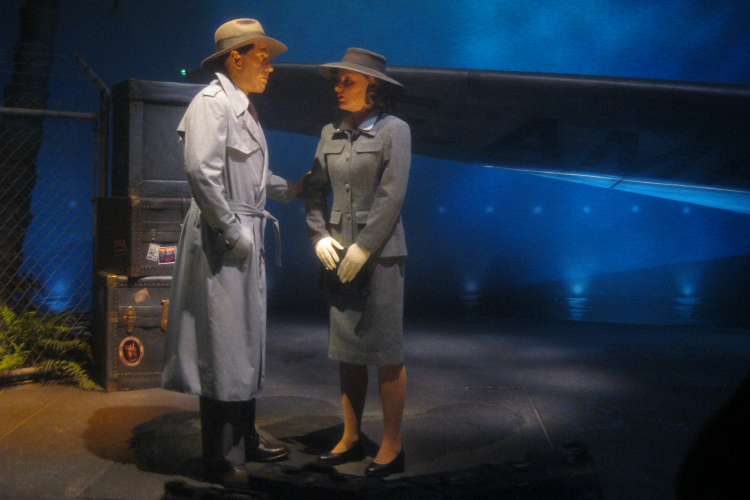 These were just some of the scenes that were used: Gene Kelly singing in the rain and Humphrey Bogart with Ingrid Bergman at the end of Casablanca. I can't say how many times I've ridden this ride and tried to get a good shot of the latter - since the cars are technically always moving, you've got to have a good aim (and camera) to get a nice shot. I was so proud of these! Other scenes used in the ride included Aliens, Raider of the Lost Ark, Mary Poppins and Tarzan. 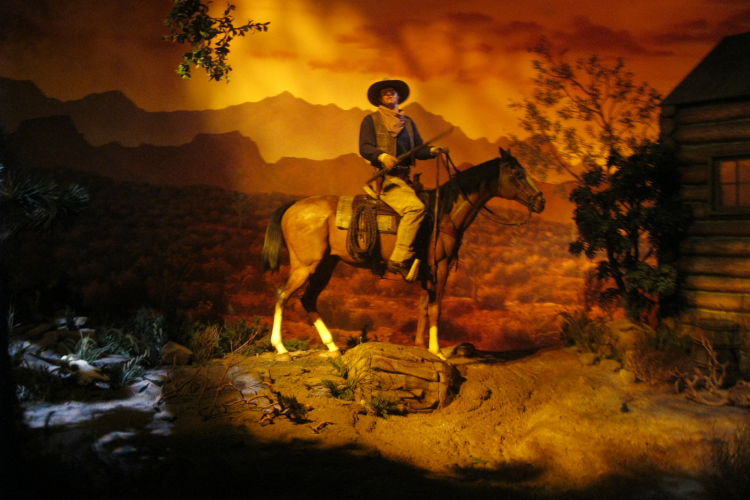 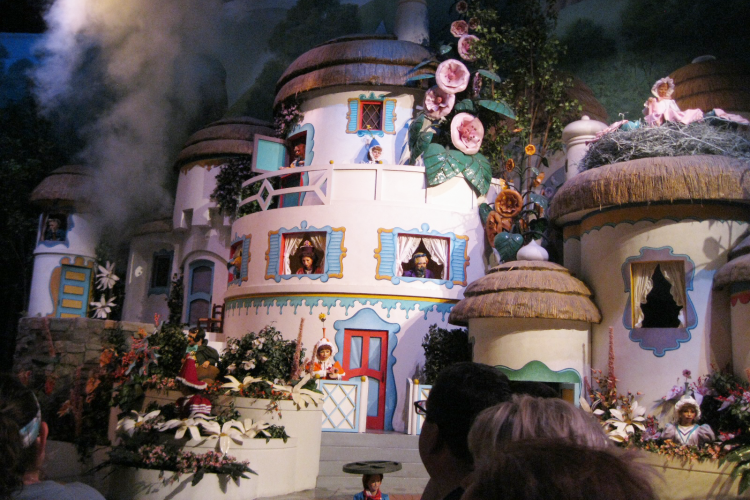 Saying goodbye to theme park attractions isn't a new thing for me, but it's a bit surprising to bid farewell to this one so soon. The ride had just gone under a major renovation a little more than a year ago, and there were no plans of it going anywhere.

My mom practically raised me and my sister Turner Classic Movie channel, turning us into cinema-holics by watching movies with Humphrey Bogart and Judy Garland. Fittingly, the three of us made a lot of memories at this attraction. Every time Hooray for Hollywood played at the beginning of The Great Movie Ride, we broke out into a jazz-hands, sometimes getting strangers in the same row to join in. I often broke out into my John Wayne impression when the vehicle moved from the 1930s gangster alleyways with James Cagney to the wild west. When the Wicked Witch of the West asked who was responsible for dropping a house on her sister, my mom and sister would point towards me. And, there's just a lot of other things because of our shared love of movies. 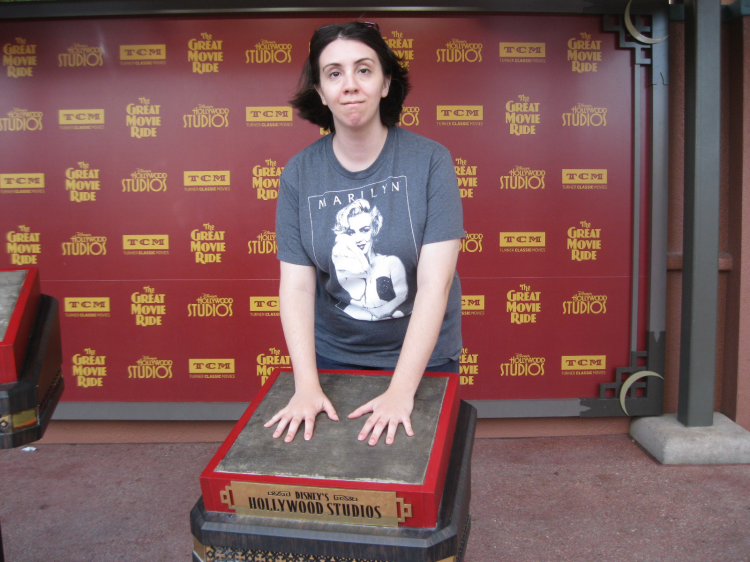 Movies, in general, are a pretty big love of mine (obviously - pokes my blog), but the golden age of cinema is one of my biggest passions. It's so sad to say goodbye to this ride and to watch the vintage 1930s-1950s atmosphere of the park slowly tranintoorm to a more modern style. I'm so grateful for the memories that have been made here, and that people have uploaded the full experience on YouTube. Hollywood Studios's transformation is a good reminder that nothing stays the same forever, and this ride will forever be a classic in my film lovin' heart. (I'll probably have more pictures coming soon!)