For Me and My Gal (1942); a splendid showcase for songstress Judy Garland 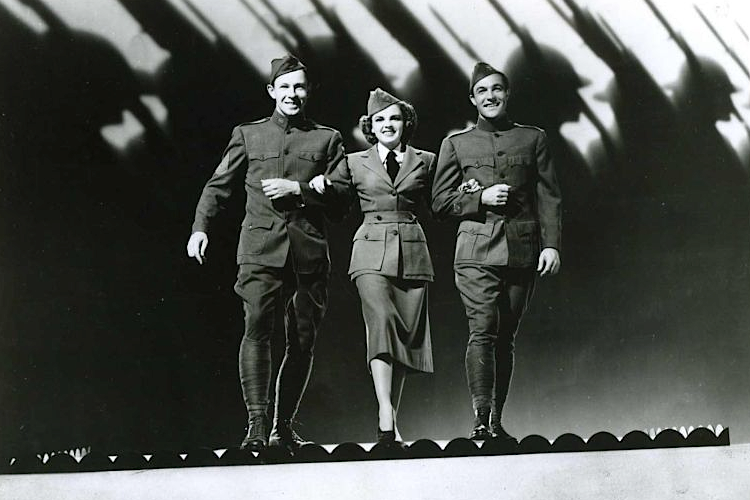 Directed by Busby Berkeley, known for his intricate choreography and majestic set pieces, creates a smaller-scale movie completely unattached to his typical extravaganzas. Recognized as a musical first, For Me And My Gal is also an underrated war movie. Fairly different from propaganda movies at the time, this film it didn't encourage joining the efforts or examining the effects of the military for veterans.

As a budding vaudevillian act, song and dance duo Jo Hayden (Judy Garland) and Henry Palmer (Gene Kelly) slowly fall in love as they tour the U.S.  in pursuit of making it to the big time. As World War I commences, and Palmer schemes his way to avoid the draft, breaking away from their dreams to perform at the front-lines threatens to tear them apart.

Released during a year where the most hailed film was Casablanca, this drama-musical subtly touches on showbiz and the war, and those who served their country or tried to evade service. Berkeley's change of film-making is well-done, going against what he was typically known for - he limited scenes, both dramatic and musical, to few camera angles; the score is buoyant and catchy, fitting into the era of vaudeville and "clowns with the baggy pants" for which the movie tributes itself to.

Earning top billing, Garland was twenty years old at the time and stuck by the studio powers-that-be to prove herself as a mature actress capable of more than slapstick or blooming romances. Just a year before, she starred as a teenager in Babes on Broadway alongside tween-pal Mickey Rooney, and wasn't yet the young woman swooning over her neighbor in Meet Me In St. Lous two years later. But Garland's range in song, dance, and acting can't be praised enough in making Hayden a mature, bubbly, and courageous character.

Hayden's primary romantic relationship may be with Palmer, but she also cares for her brother Danny, performing as a vaudeville star to put him through medical school. "No, I'm not good but I will be, someday," she says to Palmer, describing her own ambitions, which change after Danny enlists and she must sum up the courage to continue her dreams on a different path. The quiet moments when she is talking to him about his future, or seeing him leave for the frontlines, for perhaps the last time ever, offers a real weight to the film's war angle. It's not just a backdrop threatening to tear Hayden and Palmer apart, but something that affects her deeply. She might be the girl with a big voice, but Garland knew how to be subtle, both in breaking your heart and lifting your spirits.

The finest all-around performer we ever had in America was Judy Garland. There was no limit to her talent. She was the quickest, brightest person I ever worked with. - Gene Kelly


Unlike Hayden, Kelly's Palmer is harder to warm up to. As his screen debut, he delivers a good performance balancing an exuberant performer and self-absorbed opportunist. But his character isn't exactly someone to root for for Palmer. He over-exudes his ambition to be a big star, latching onto Hayden and admitting to treating her like a sap to leave her current troupe Jimmy Metcliffe (George Murphy) to be with him. For her own reasons, Hayden is head-over-heels for Palmer despite his  shady decision-making. There's a slight opportunity between Garland, Kelly, and Murphy for a bigger love triangle, but it's nixed halfway through to lengthen Palmer's attempts at redemption and reduce Murphy's presence. This is mostly due to script changes, where Hayden was originally was going to end up with "the nicest fella you'd ever meet" Jimmy. The shifts in the plot's tone creates a  conundrum of who you think she should end up with...

Garland, on her own has some beautiful sequences like in performing 'I Want a Beautiful Doll' alongside George Murphy, to a heartbreaking rendition of 'After You've Gone', and hamming it up for 'Down on the Farm'. As a pair, Garland and Kelly strut their collective talent in 'For Me and My Gal' and 'Ball in the Jack', and a few other charming numbers. In rightful measure, Kelly might be known as one of the greatest silver screen dancers ever, but Garland is arguably one of the many female stars who made you take notice of them almost more than their partners. It's a shame she never took notice of what a great triple threat she was.

Similar to Fred Astaire and Ginger Rogers, Garland and Kelly belong on screen together. Their chemistry matches perfectly, and arguably, this is the best-directed movie between the duo prior to critically-slammed The Pirate and entertaining but mismatched Summer Stock. Their shared exuberance and execution of songs and conflict might be due to the fact that Kelly was new in Hollywood and Garland took him under her wing. Their confidence, enthusiasm, and friendship jump from the screen. And as much as this puts Kelly on the map as his first feature film, Garland continued to prove her chops.

This post is my entry for Crystal's Judy Garland blogathon, where bloggers participated in celebrating Judy Garland's birthday on June 10th. She's my all-time favorite movie star, so it was a real treat to celebrate her in this way. Check out all of the amazing bloggers over at the official page here. 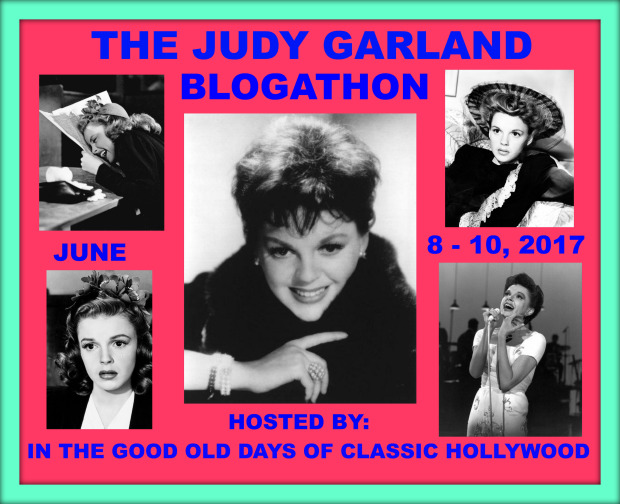 Email ThisBlogThis!Share to TwitterShare to FacebookShare to Pinterest
Labels: classic hollywood, for me and my gal, judy garland