More Magic, More Problems: How the Enchantress Almost Shatters Love in new Beauty and the Beast

If you haven’t seen the new movie starring Emma Watson, here is your warning: There’s nothing but HUGE spoilers below! You’ve been warned! 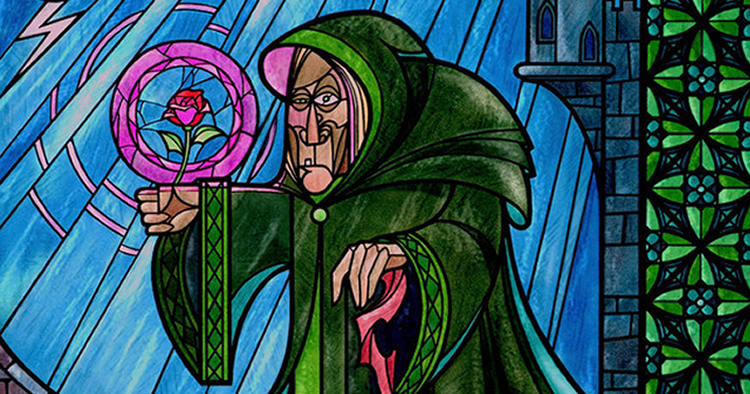 One of the most talked-about blunders of Disney's original movie is that the Enchantress picks on a little kid for his vain behavior, even though she’s a complete stranger who invades his castle in the middle of a stormy night. There isn’t anything to know about her, except that she sets the entire story in motion. The new movie rightfully fixes the prelude by making the Prince older. He’s holding a grand ball for the most beautiful women, lapping up attention until the Enchantress arrives as an ugly old maid and asks him for refuge. For both versions, when The Prince refuses the Enchantress reveals herself as a beautiful maiden and casts her spell with similar repercussions: he has to fall in love and be loved in returned before the last petal falls or remain a beast forever. Disney clears up that the Enchantress punishes the staff because they let the Prince’s ego get out of control. The town’s memory is also erased of the Prince's existence so they may never go looking for him. But in the original movie, the rule of her magic works just as it is intended to without excessively manipulating heartstrings or needing to know more about her. She's a complete force of nature instead of a fully-fleshed out character. Once she casts her spell, in the beginning, the Enchantress doesn’t make another screen appearance. Most importantly, true love wins despite the odds or anyone’s “heroic” interference. 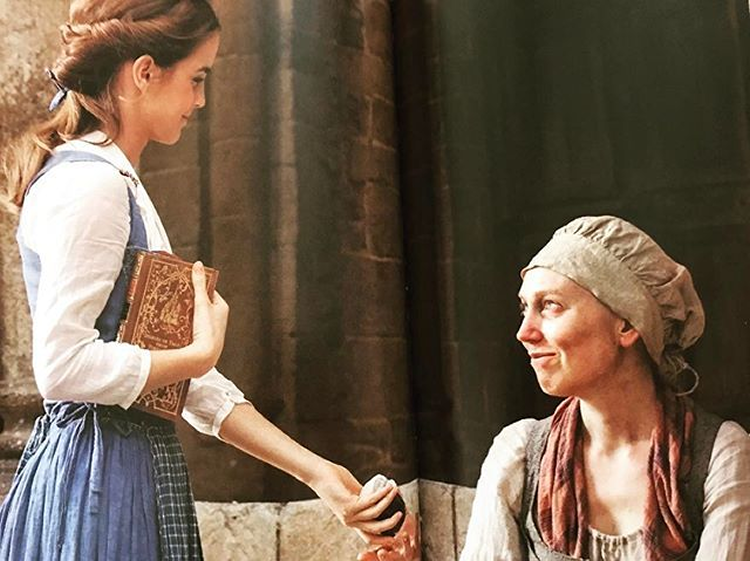 In the new movie, the Enchantress doesn’t just appear and disappear out of nowhere in the beginning. Like many of the characters in the live-action remake, The Enchantress, also known as Agathe, has more depth. She's a spinster in the village living on the streets and begging for food. Nobody expects anything of her. In fact, Gaston uses her as an example to Belle of what she could end up as if she doesn't marry him.

Despite an attempt of her being more dimensional, Agathe’s motives are dubious at best. When Gaston leaves Maurice to be eaten by wolves, she comes to his aid. But, she also doesn’t defend Belle’s father when he is trying to convince the town of the Beast's existence and has kidnapped Belle. Nor does she try to stop the village from discovering her big secret, which she has purposely placed upon the village.

Agathe also witnesses Gaston locking up Belle and Maurice in a carriage in order to storm towards the Beast, and she does nothing to help her escape. In fact, the Enchantress trails among the group towards the castle. When the big battle ensues between the enchanted objects and the townspeople, she slinks up to the West Wing where the wilting rose is kept in a glass dome.

One might assume the Enchantress is returning to the castle to give Beast more time – because she witnessed Belle’s compassion and Gaston accusing her of having feelings for him. But we ultimately don’t know what Agathe's intentions are as she hardly speaks a few sentences in the whole movie. (Not to mention Agathe never seeks to teach Gaston a lesson who treats women just as badly as the Prince once did...) It's a good cover for her to not get overly involved, but considering no one knows her true identity, she doesn't offer a lot of depth by watching events play out from far. 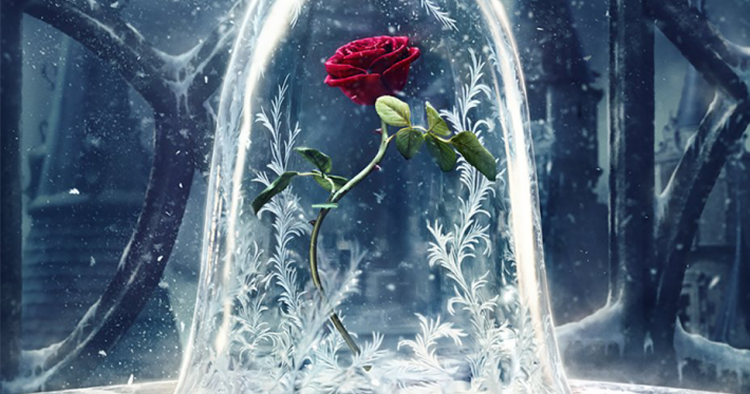 How True Love is Nearly Ruined

In the animated movie, the climatic ending plays out as magically as possible: The Beast's love for Belle is dramatically reciprocated when she returns during Beast and Gaston’s showdown. Intimately playing on the interaction between the two main characters, Beast’s injured body lies in Belle’s arms as she believes he’ll be lost forever. Lumiere, Cogsworth, and Mrs. Potts watch from the sidelines losing hope with each passing second. When Belle confesses her love as the last petal falls, the spell is broken with a crack of thunder and droplets of rain as the Beast and their friends transform back into their old selves.

In the new version, the spell awkwardly hangs over the Beast and the enchanted objects as Belle’s confession is drawn out. Beast takes his final breath. It feels like another lifetime before Belle finally says the magical words, “I Love You”, but she does it seconds after the last petal falls and wilts. The curse isn’t broken. All of the enchanted objects begin to harden permanently into their antique state. Everyone essentially dies as they say their last goodbyes to each other. Even the footstall, aka the dog, ends up on its back with legs up in the air. The desperation of the character's farewell feels like the script and direction purposely forcing their doom to linger longer than it needs to.

“To save the day”, Agathe finally makes it to the West Wing (which was like a two-second trek for Belle before) and wordlessly stands by as Beast dies. She doesn’t catch Belle’s attention so she's able to reverse the spell after everyone has suffered their temporary mortal fate. Agathe doesn’t feel like an active character, but honestly someone who just has too much time on her hands. The castle’s rubble returns upright again. The grounds are no longer in an indefinite winter as the sun shines brightly. Beast and everyone else is alive again and transformed into their human selves.

I've seen the new Beauty and the Beast twice, and the ending hits my heart every time. It's magical. And, it should feel like a romantic triumph when the inanimate objects come back to life. Indeed, the new couple, town, and staff have plenty to celebrate. But the Enchantress' interference with Belle’s declaration removes her agency.

If it weren’t for Agathe, Belle’s love wouldn’t have made a difference.


Which is the antithesis of Belle and Beast's love story: it relies on Beast to change his value of what beauty is and Belle must reciprocate love on her own. She knows of a curse, but not that her love will break it. Not only does Belle's involvement feel less impactful, but also the staff's passionate attempts at uniting them does too. The power ends up not being in anyone's hands except Agathe.

The alternative ending doesn’t ruin the newer take on Disney’s definitive classic. I still really do love it. The cast, production, and musicality is a splendid, unforgettable experience. But, of all the changes made to the movie, this one by far is the only one that really bothers me. Critics will claim that the Enchantress has more agency in this version, but to me, she's a hindrance and a distraction. As the objects sing in the endearing ballad “Something There” about Belle and Beasts' blooming friendship: Who knew they’d come together on their own. Well, Belle and Beast do come together, but it’s a shame that the remake doesn’t let their happy ending be one where Belle saves Beast on her own – sometimes more magic brings on more problems.
at March 27, 2017

Email ThisBlogThis!Share to TwitterShare to FacebookShare to Pinterest
Labels: beauty and the beast, disney