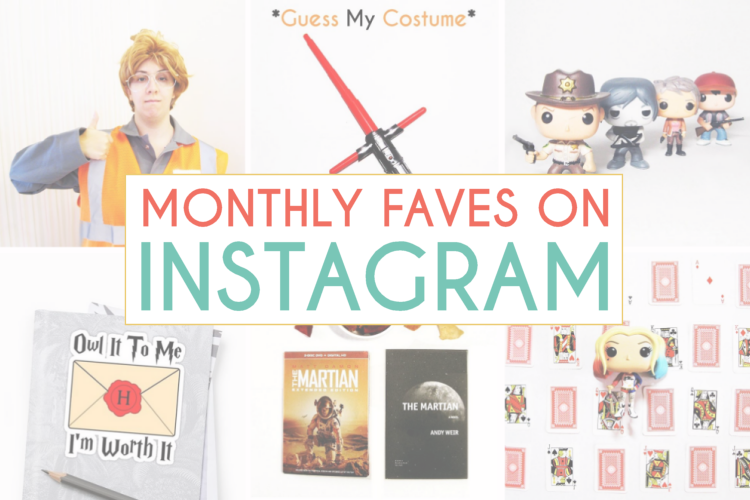 How was everyone's October? Hopefully not as rough as November has been so far. I hope you had a boo-tiful and fun month celebrating Halloween and getting in the holiday spirit. Here are some of the things I did, and some I hope to do throughout November too.

Dressed up as Matt the Radar Technician - probably one of the best times of my life! It was really a night I'll never forget. In conjunction with going trick or treating at Disneyworld, I led a small guess my contest series on instagram. Thanks to everyone who played along! Ya'll are clever smarty pants.

Prepared for The Walking Dead premiere - Even though the hype and speculation had been known since the summer, I just wanted to grab my funkos close and drown myself in orange crush and pudding when the first episode aired. Which is pretty much what I did.

Owl It To Me I'm Worth It - *shameless plug* One of my (all-time?) favorite designs I recently added to my redbubble.

Read The Martian - It was a challenge not to compare the novel to the movie, but they both are super good and worth giving a shot.

Harley Quinn funko pop - Just cause she's pretty. And that card set up was so much fun to do. I need to do one with actual Jokers sometime.

End of Year Goals: Not quite sure yet. Watch holiday movies. Finish 2016 reading challenge. Keep being a "nasty woman". Go into burrito mode.
at November 11, 2016