♫ Florence and the Machine Concert ♫ 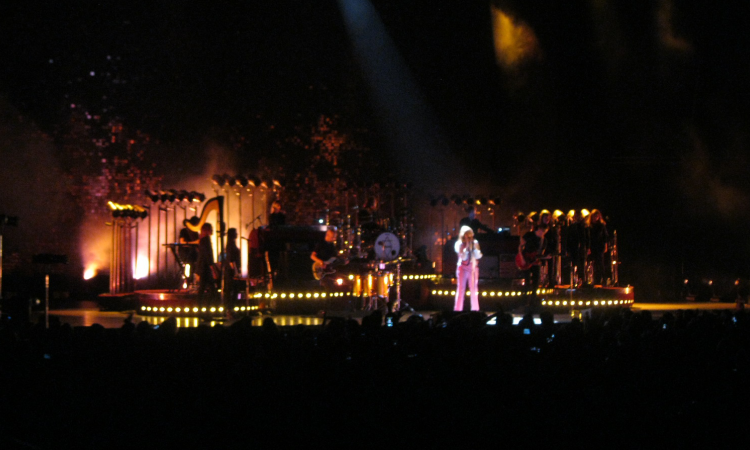 Music isn't my go-to topic to geek about here. Mostly because it's a little bit more personal than movies or books. I can't express how a song can make an impact on me physically and emotionally. A little less than the mental commitment it takes to engage my imagination towards books but more as a song can wash away stress, make me blissfully on top of the world, and transport me to another place.

After attending a concert by Florence and the Machine recently, there was just no stopping me from gabbing about it everywhere. 'Cause it was AMAZING. 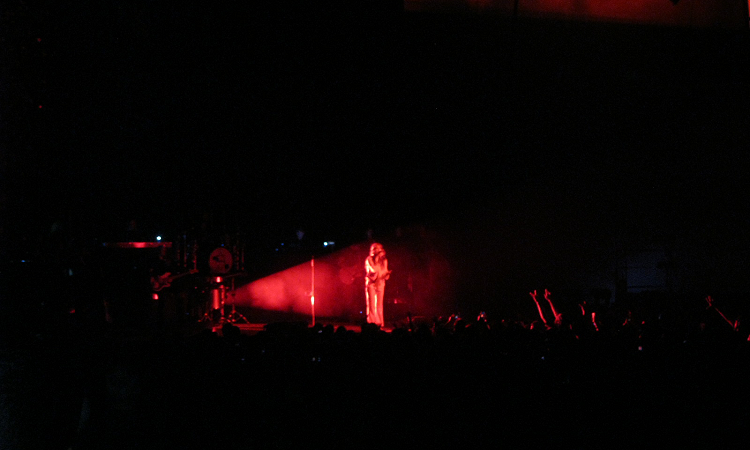 Amazing probably isn't even the only word I can think to describe it. If you know her music, she's very ethereal, bohemian rock. With a visual album How Big, How Bold, How Beautiful (similar to Beyonce's recent HBO hit Lemonade), she doubles-down on what her life has been like since becoming a chart-topper in 2010. Alcoholism and a near mental breakdown inspired her latest work. She rocks on about destructive hangovers, keeping a solid foundation among chaos, and finding her way back.

Having attended Lady Gaga's Fame Monster/Monster tour way back when, there was a slight anticipation of seeing a persona more than a band. Not that Lady Gaga can't sing or perform, but sometimes the image, the squad, the branded lifestyle can outdo the music for a lot of mainstream artists (for me, at least). Not that Florence is mainstream, but she's a little off the radar than what typically produces a commercial radio hit. My sister and I thought Florence might re-create her Odyssey album verbatim with visual effects of the sky, dancers, and a story playing out on megatron screens. I didn't know what to expect, but I guessed it would be like a bohemian-rock version of Terrence Malick's The Tree of Life.

The second she hit the stage, it was just a concert but not just any concert. She moved through a line-up of her most recent tracks like Third Eye and some of her earlier hits (Dog Days Are Over) with ease - no brand or studio enforced persona. Just a kick-ass girl in a pink and white suit with flaming ginger hair rocking out.

Thankfully, my Elastigirl-like arms weren't mistaken for selfie sticks and banned, so I captured what I could. Super tall people surrounded me, so I tried to avoid the mysterious shadows of hands popping up. I apologize for the shakiness. Most of the time I was shooting way over my head. My little point-and-shoot does the best it can.

Ship to Wreck is only about a minute long (above). (Here's a link to the full song!) It's my very personal favorite song from her string of tracks, so I only recorded a little breaking out into a dance.

My sister absolutely loves What Kind of Man (below). There was no way I could pass up trying to record. This is much more of a fuller video, so I didn't disappoint. 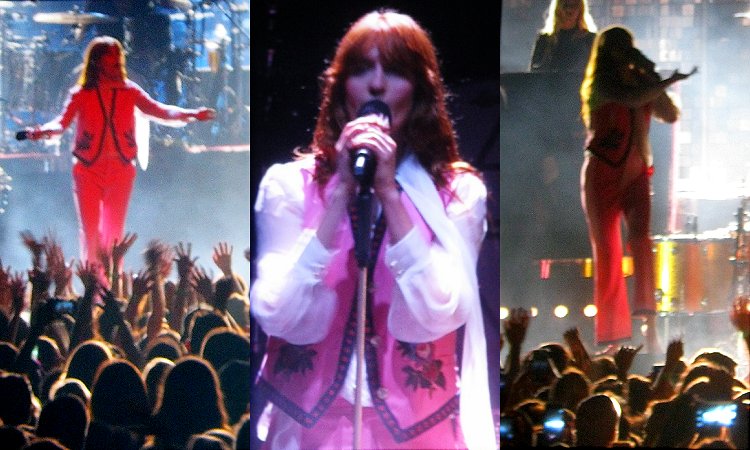 Her whole album comes from someplace so organic, I can't even really imagine where its source is. The way she arranges words to music, and then music to videos, is edgy but not grabbing for attention; ethereal and light but also honest. She wrestles against lovers and herself, wanting love but also struggling to not let it tear her down, or understanding what motivates her to wreck parts of her life.

Watching Florence was like a mix of Janis Joplin and Freddy Mercury coming to life. Like Joplin, her genuine love of her music shows through every note. She does these gentle movements with her hands, like she's grabbing insane high notes and roars out of thin air. Like Mercury, she knows how to command attention. Everyone is just pulled into every song bellowing with her. Like them both, she has an insane amount of energy running all over the stage - not in a bid to just run all over the stage like a maniac, but just like the music can't be contained.

Funnily enough between songs, the softest British voice would emerge, anxious with adrenaline and also a timid kindness. She questioned if we were enjoying ourselves and if it was okay to share a story of what inspired her to write. One second we'd have this amazing BOOMING voice, and the next she shyly thanked us for allowing her to share what she created.

Part of me feels like you have to be there, in the moment when it comes to any kind of music - especially with a concert. The energy is just so hard to explain but seeing Florence was electric. It was the kind of concert, like a lot of music, that just changes you and creates an everlasting memory. This concert was the second stop on her U.S. tour, I can't imagine if she was feeling trepidation after such a long break. She was very surprised and grateful by how many of us were following her lead. I'd really gladly do it again any day.
at May 21, 2016

Email ThisBlogThis!Share to TwitterShare to FacebookShare to Pinterest
Labels: florence and the machine, geeky lifestyle, music