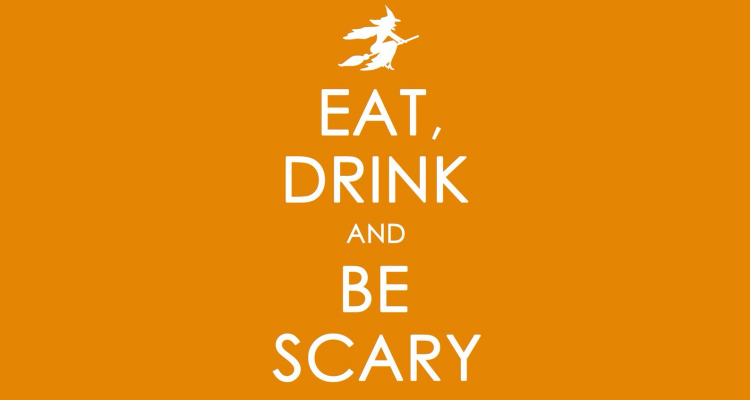 I'm a huge nerd for questionaires. On a little old website called LiveJournal, friends could send each other questions and memes about their favorite fandoms and life in general. Mostly these days "ask box" challenges are passed around on tumblr. Grabbing a Halloween-themed ask over on tumblr, I thought it'd be fun to answer some of them here. I tag anyone who wants to do the same thing here or on tumblr, and feel free to leave a comment of your answers!

Bat: If you could transform into any kind of animal, what animal would you be?

As a swimmer, and someone who loves to travel, I'd transform into a bird - probably a duck. A lame choice probably but they are so cute and have the best of both worlds: land, water and people at parks feed them all the time. They have it made!

Broomstick: If you could travel anywhere in the world where would it be?
London, London, London. I would flee across the pond in a heartbeat to explore the Warner Bros Harry Potter Studio and Platform 9 3/4 at Kings Cross Station. The rain and trains would be more than welcoming after dwelling in Florida heat for ten years and driving two hours anywhere to find something exciting to do.

Candy Corn:What food disgusts you the most?
Not sure why candy corn is used as a food to disgust 'cause I love it. I'm not sure there is a food that disgusts me.

Cauldron: What is your favorite thing to cook?
I'm not too bad at cooking anything pasta. I seem to have an automatic mental timer on getting every kind of noodle the right consistency.

Cobwebs:One place you would never want to get lost in in the dark?
Anywhere alongside a highway or back road. NOPE. No, thanks.

Coffin:Are you claustrophobic?
Yes. It's not an extreme case of claustrophobia, but it kicks in at times. Watching films with isolated locations doesn't scare me as much, but in real life, I have to be aware of where the exits are. I need to know a way out in order to keep my cool. Visiting houses with low ceilings, or at Disney World sometimes you can be herded into a crowded room with little to no queue to the actual line for thirty minutes - I can feel dizzy or trapped.

Demon:What is your worst flaw?
Jumping to conclusions. A writer can bounce all over the place and exaggerate something small  to the inth degree in seconds, usually playing a real-life scenario into something fantastical- at least in my own mind.

Eerie: One thing that always creeps you out?
Frogs. Frogs, and Frogs. Florida has helped me confront every creepy crawly there is - including surviving a poisonous spider bite. But I will NEVER get over frogs.

Fright: What is your biggest fear?
With phobias, it's frogs and heights. In life, maybe finishing life with things left that I wanted to do or see and was capable of achieving but didn't feel confident enough to do it.

Ghost: If you could be reincarnated, would you come back as another human or an animal? If an animal, what kind?
I don't know if I'd like to come back as anything or anyone else at all. If I did come back, I think I'd want to be myself - a polite ghost....I also think I just figured out what I'm superstitious about - talking about becoming a ghost in my afterlife....

Haunted House: If you could be roommates with anyone of your choice, who would you pick?
Veronica Roth, Emma Watson, and perhaps the 10th Doctor who drops in every once and while to take me on a grand adventure.

Hocus Pocus: What is the most ridiculous thing you've ever heard?
This isn't a sassy answer, but anything human nature is capable of doing to each other. On a lighter note, also somethings that my sister and I have joked with each other because we're pretty freaking crazy together.

Jack-o'-lantern: Do you have any scars? If so, how many?
I have one on my leg but I have no idea where it came from. Woopsies!

Monster: What is your favorite scary movie to watch in the dark?
The Birds. It's my favorite Hitchcock movie and has just the right amount of thrills.

Potion: What is your favorite thing to drink? Alcoholic and non alcoholic?
Java Chip Frappacino - nice blend of coffee, chocolate, and whip cream. Also, Pumpkin Juice and Butterbeer - they're both wonderfully sweet but not overly sugary.

Pumpkin: What is your favorite food around the holidays?
I'm not sure if it's a "holiday" food but mash potatoes poured with butter or gravy. It's such a yummy comfort food.

Spooky: What was your last nightmare about?
Not sure it was a nightmare but I had some wicked dreams of joining Scully and Mulder on solving some of their cases. The dreams were awesome but also creeped me out with encounters of strangers with supernatural powers.

Vampire: Which one are you? Early bird or night owl?
For insomnia's sake, I'm a night owl. I can stay up very late, get up in the same morning on a few hours of sleep and keep going - but that's not very healthy. If I could get on a good schedule (which is my newest goal), I'd be an early bird.

Witch: If could have the power to cast any kind of spell, what kind of spell would you cast?
My first instinct was to pick Accio from Harry Potter, but then I thought that I wouldn't want to get lazy over time from always beckoning things to me. I'd like to go with something doing with flying or bringing light into my life when I needed it, like Lumos or Expecto Patronus.

Email ThisBlogThis!Share to TwitterShare to FacebookShare to Pinterest
Labels: about me, blogathon, halloween, holidays, personal