I was nominated for a Liebster Award 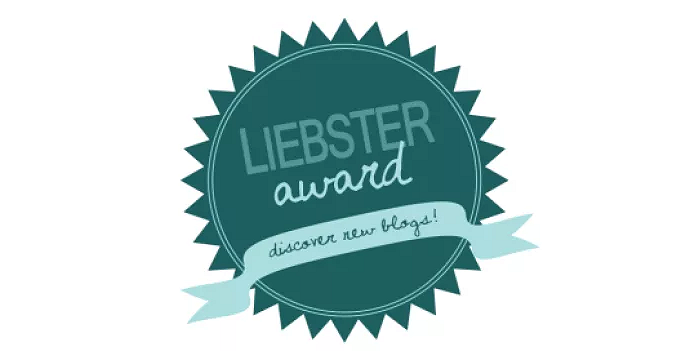 This past week welcomed a wonderful surprise when I was nominated for a Liebster award by both Katie at Ever So Ethically Confused and Rebecca at Almost Ginger. I was reminded how fast time flies - it's been three years since starting this blog and I can't believe I missed celebrating a blogaversary. Now seems like the best time - thank you Rebecca and Katie!


This is what happens next:
Since I was nominated twice, I will answer both sets of questions. :)

1. Thank the blog who nominated you and link back to them.
2. Nominate up to 11 other bloggers to receive the coveted award.
3. Answer 11 questions from the blogger who nominated you.
4. Tell your readers 11 random facts about yourself.
5. Give the nominees 11 questions to answer on their blog when they post their nomination.

Rebecca's questions:
1. What film do you wish you’d come up with the idea for? Back to the Future - it's probably because right now I'm watching a marathon but it's such a fantastic 80s classic.

2. Name your favourite classic Hollywood actor/actress. Judy Garland is typically my first answer to this, so for variety's sake I'll say Natalie Wood.

3. Francis Ford or Sofia? Revoke my movie buff card now because I haven't seen many of their films. The Godfather and Lost in Translation (respectively) were on my list to see this year.

4. De Niro or Pacino? The earlier eras for both of their careers are better. Their first decade or so gave complex stand-out performances, but they've both struggled to find better roles as they've gotten older.

5. What’s your favourite time of year and why? Halloween to News Years is my favorite. The holidays just feel more homelier than summer, where it's difficult to keep myself busy.

7. If you were Ilsa Lund, who would you choose, Victor Laszlo or Rick Blaine? Rick.

8. What TV show does everyone talk about that you haven’t seen and have no interest in ever watching? Breaking Bad? Towards the middle seasons of Mad Men, the whole middle-aged male anti-hero struggling with inner demons started getting stale and repetitive.

9. Is there one particular film that people will be shocked to know you haven’t seen? I'm not sure about shocked but the original Star Wars are hard for me to get into. The only real part of the series I like is the last half hour of Revenge of the Sith, even with how stupid and illogical it is to the world-building.

11. How and why did you become a blogger? I just really love movies, and at the time of starting a blog, I was watching a zillion a week and wanted to talk about them. It's grown into a lot more interests like fandoms but film reviews will come back sooner or later.


Katie's Questions
1. If you could remake any film, which one would it be? A Star Is Born has been remade so many times, and not just in the musical genre. I can't help recasting it over and over again with modern actors, though the Judy Garland version will always be tops.

2. What TV show can you not get enough of right now? X-Files. X-Files, and X-Files. I have to watch at least one episode a night.

4. If you could walk onto a any film set tomorrow, what film would it be? I'd say anything Tom Hardy is filming right now but I don't think he is...so Captain America: Civil War.

5. If you could only watch one type of genre, what would it be? Indie-drama.

7. What recent book have you read that was yelling out to be adapted? TV or Film? I'm not sure I've read one this year that hasn't already been adapted...

8. What is the last film you either walked out on or stopped watching mid film? I'm not sure I ever walked out on a movie at the cinema. Pirates of the Carribean: At World's End is probably the closest I got. I've stopped tons of movies on Netflix though that I took a chance on. *shudders*

9. What would your superpower be? Would you be good or bad? Is flying a superpower? I wish I could come up with something supercool like summoning objects or invisibility but flying just seems like so much fun. I'd probably be good.

10. What's your favourite aspect about blogging? Writing what's on my mind and reading what you guys have watched lately and are thinking about.

11. (Stealing from Little White Lies) What do you love about movies? I love getting lost in stories and enjoying them, but also analyzing the weak and strong features of a production, and the fan-aspect too like being exciting over actors, award show season, and promotions. I love that someone can just watch movies for entertainment or like the process of films so much to work on them, or to write and talk about them; it's such a wide medium, it's open to everyone.

11 Random facts about myself:

1. My twin-like older sister is a Slytherin and I am a Gryffindor. When we're out wearing our Harry Potter gear, we draw a lot of attention.

2. I have a pretty intense photographic memory. If I see a movie for a second time, it feels like I've seen it for the millionth and can be easily bored. I have to really like something to watch it more than once. Same with books.

3. Pinterest scares me. I spend too much time on there and not doing things.

5. Bane is my favorite voice impersonation that I can do.

7. I'm obsessed with playing Bingo and have won a lot of money at it - actually.

8. I used to be obsessed with Days of Our Lives and General Hospital, and actually met a ton of cast members from those shows.

9. This is my favorite post to pep me up on the internet.

10. I want to go on a hike one day a la Wild...but having prepared for hiking, wearing shoes that fit, and having taken self-defense classes.


Questions for nominees:
Thank you again to Katie and Rebecca for nominating my lil blog. I'd like to pass the baton to Mariah, John, Irene, Brittany, Vanessa, Jenna and Allie.

1. What movie/book/tv show location would you love to visit as an amusement park?
2. Name a movie that you quote often?
3. What’s the last program you binge-watched?
4. What was the first movie you saw in theaters as a kid?
5. Do you set resolutions or goals for the new year?
6. What is the perfect way to spend a day-off?
7. Meryl Streep or Helen Mirren?
8. Which Disney character is most like your personality?
9. What is the most overrated Pixar movie?
10. Robert Downey Jr or Tony Stark?
11. What advice would you give yourself when you were first starting your blog?
at July 26, 2015