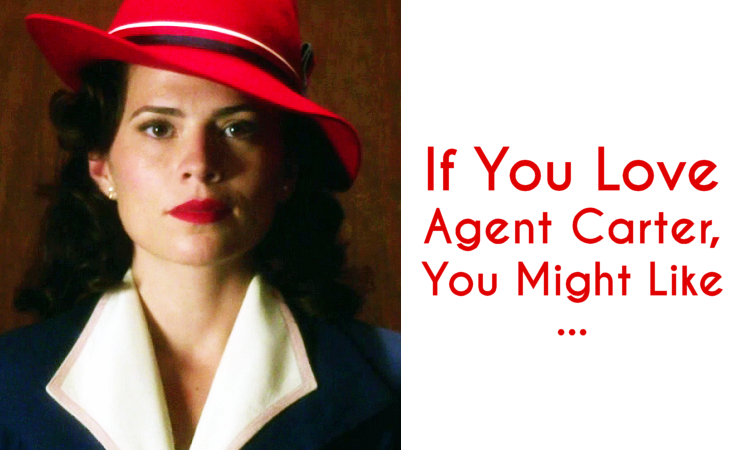 Peggy's legacy is one of the most beloved and inspiring examples of female characters in the Marvel Cinematic Universe. Hoping her journey on television would fare better, it was a disappointing loss when Agent Carter was one of many, many shows to be cancelled.

Even though the spirited leader's spin-off was critically acclaimed and adored by fans, ABC studio execs weren't convinced to keep the crime-and-sexist fighting maven around longer.

Marvel and ABC may be short-sighted in fully exploring the female protagonists we want to see more of. For what it's worth, we'll always have both seasons of her show and Peggy's presence in the Captain America franchise. We know the value of Miss Carter, and anybody else's opinion doesn't really matter.

If you're still head over heels for the brains, brawn, and beauty kick-assery that Peggy inspired, you might like some of these similar books, movies, and tv shows. Know of a book or movie that's not on this list? Feel free to share below in the comments! Hope you enjoy! 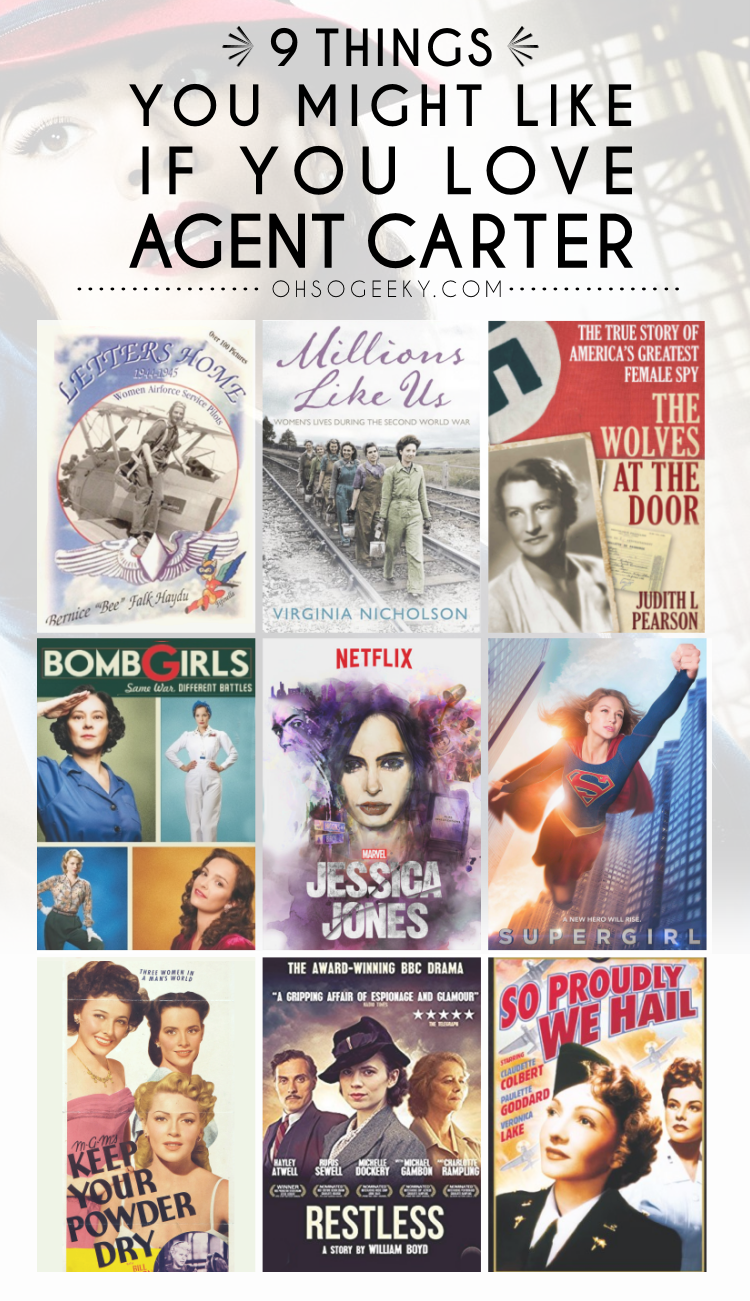 Letters Home by Bernice Falk Haydu - avaliable here
Bernice Falk Haydu attempts to become and remain a pilot in the 1940s. Her mother's saved letters of their correspondences describe her training and tour of active duty. It's recommended this book is purchased at Wasp Letters Home as profits will go to towards the WASP scholarship fund.

Millions Like Us by Virginia Nicholson - available on here
This account doesn't simply one protagonist, but multiple accounts of women who raised families, worked, and stepped up to the frontlines.

The Wolves At The Door by Judith Pearson - available here
Virginia Hall is one of history's greatest spies. As a secret espionage, she slinked all over Europe to come to the Allies' aid, leaked the sources for weapons and money exchange, among other dangerous exploits.

Bomb Girls - available on globaltv
Venturing to Canada, this mini-series profiles four women who work in a munitions factory beginning in 1941. Fans prized the show for its ability to explore gender roles, female-centric storylines, and tackling difficult issues from PTSD, physical abuse, sexual harassment, and patriotism/nationalism.

Jessica Jones - available on Netflix
Former superhero Jessica Jones uses her gift as a private eye to open up a detective agency and hunt down a past tormentor. (Thematic warnings for the show include rape, assault, and posttraumatic stress disorder - so it's definitely for a mature audience!)

Supergirl - available on CW
Melissa Benoist balances life in and out of her superheroine persona known as Supergirl. So this may be a DC series, but Supergirl explores the journey of a human being really realizing their potential!

Restless - available on DVD
Hayley Atwell stars in an adaptation of William Boyd's novel of a young Russian woman who is recruited as a spy by the British secret service in World War II.

So Proudly We Hail - available on DVD
Claudette Colbert, Paulette Goddard, and Veronica Lake star as U.S. Army nurses when their active tour duty begins after the attack on Pearl Harbor. At the time of its release, the film's situations realistically portrayed what female service members experienced as they came to the aid of wounded soldiers.
at May 16, 2016 No comments: