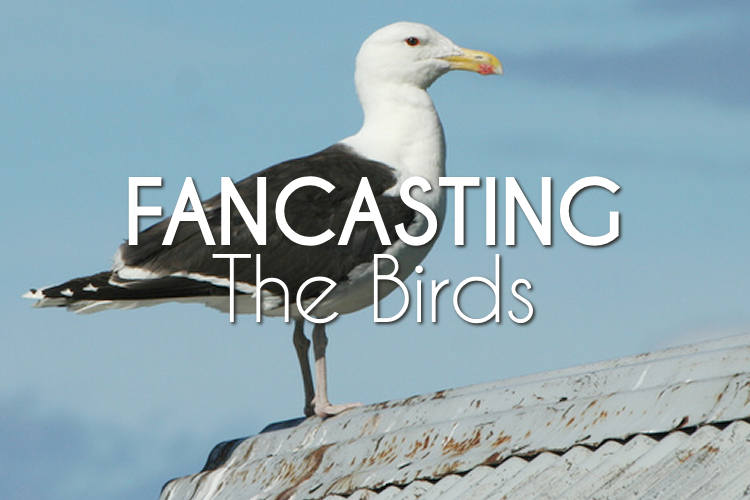 { source }
Hollywood has been circulating a remake of director Alfred Hitchcock's The Birds for more than ten years. Every time a director and a writer commit to the overhaul, the project inevitably falls apart. It's seen its fair share of possible leading stars like Nicole Kidman, George Clooney, and Naomi Watts, hinting that it would be a retelling of his specific version rather than a take on the actual novel.

Being a big fan of not only the original film but also Daphne DuMaurier's short story, I finally felt it was time to let go of how I've always imagined the original source material translating to the big screen.

The original 1963 film was a cinematic introduction to model Tippi Hedren as Melanie Daniels, a complicated socialite who meets a charismatic lawyer Mitch Brenner (Rod Taylor) in a pet shop. Traveling to his hometown island Bodega Bay, she aims to surprise his younger sister with a pair of love birds. During her trip, flocks of birds attack the residents where she, with the Brenner family, are striving to survive in their home.

With the realistic special effects of using real birds and captured footage, Hitchcock's version doesn't variate drastically except in characters and story. As a leader of killer plots, he translated the book with an original vision in mind - one that holds up decades later. Even with The Birds as one of my favorite films, the drama veers towards melodrama in portraying the attack of the birds and the aftermath they leave behind. 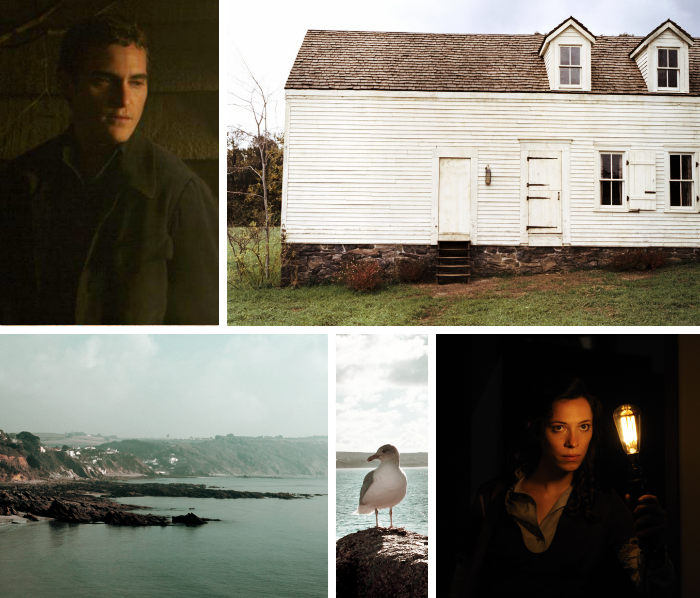 Mixing romance, suspense, and feathery gore, the movie is drastically different from DuMaurier's story. Shortly after the end of World War II, Nat Hocken (Joaquin Phoenix) is a disabled war veteran residing in a small Cornwall seaside town with his family (wife played by Rebecca Hall). Due to a sudden change of climate from fall to winter, thousands of birds attack the coast. Over the course of several days, Hocken tries to protect his wife and children in their small cottage as the birds invade their home and the neighboring farms.

A good three-fourths of DuMaurier's story is far more claustrophobic than what Hitchcock showcases in his version. When I first read the book I often imagined it as a gruesome play that has yet to be taken advantage of by theatre companies. The house can be easily situated on stage with backdrops used to show the road, nearby meadows, and farms. It's difficult for me to pin on who I would like to see direct a remake since most modern suspense movies lean towards blockbuster horrors. Having liked the direction of The Awakening by Nick Murphy, the slow-suspenseful ambiance he brought to that 2011 movie would serve well here too. 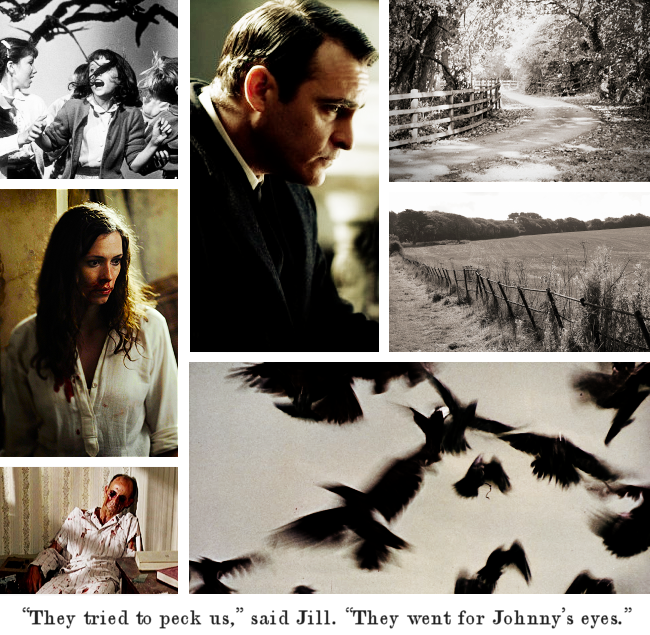 Since the story is set and written in 1952, I wander when a future remake will be set and what special-effects will be used. Like the Brenner family, the Hocken clan is cut off from the outside world. While the former are residing in Bodega Bay, California, the latter is in a small seaside Cornish town. Birds brutally attack neighbors and invade the family's home from the attic and children's bedrooms. Since Hocken is the main character we only glean from his assumptions about the birds that they are not co-existing well with gathering food and are heading inland; but it's the violent attacks over people and homes that makes the suspense worthwhile. It's like slowly waiting for another war to go off, except we're facing birds and we have no real defense against them. The ending itself leaves us questioning if they or anyone survives.

As a novel it provides far more scientific information as to why the birds attack (it mostly has to do with the ebb and flow of the ocean, tides, and the moon). This may not interest many movie goers but I find the added information gives a whole new meaning to nature as a threat to humanity. We're so under the guise of living our lives routinely and that we have the environment under control, we forget how easy we can be picked off the top of the food chain - even if it's just by a few birds.
at October 28, 2014 No comments: