Experiences have a way of building up inside of us, especially ones that are traumatic such as repressing the loss of a loved one or causing pain onto others as a way of trying to deal with our own. We also make choices that feel are beyond the point or opportunity to be reconciled.

At the tender age of twenty-two, Cheryl Strayed loses her mother unexpectedly to lung cancer. Faced the absence of the glue that held the family together, Strayed is alone and overwhelmed with grief. Suffering from a heroin addiction, sleeping with multiple partners, and divorced from her husband, she attempts to reconcile her bereavement by trekking Pacific Crest Trail - a 2,650-mile hike spanning California to Washington.

Raw, vulnerable and transformative, Wild is a rare unfiltered film centering a female protagonist and her quest for redemption. Based on the best-selling memoir (one of my favorite books last year), director Jean-Marc Valle's latest film brings the author's journey to life with organic showmanship.

Valle's vision for Wild treads deep into the visceral absorption of grief, compassion, and self-acceptance, and how nature can gift or we can give ourselves the opportunity to examine how we may be lost. It's almost a dizzying experience to become so enraptured with the unvarnished vulnerability which Strayed not only exposed to us in her memoir but how the director captures her story without kid-gloves. Strayed's torturous physical quest shoulders the haunting memories that consume her, and through finely-paced flashbacks, has the unique ability to make us lose ourselves in that sorrow. Though the cinematography is breathtaking, the environment is never a forced idyllic paradise. The story's conflict itself is not about the obstacles Strayed faces on her travels, nor even making it one from destination to another, but the inner journey she is forging one step at a time.

For Strayed, many events in her life were beyond her control. As a child, she watched her mother recover from a physically abusive relationship with an alcoholic husband, and as an adult, had to help her mom during her illness. In-between, they were best friends locked in a relationship of perpetual daughterly entitlement and motherly optimism. To help her deal with the loss, Strayed tries to temporarily fulfill her anguish such as quickies, brief affairs, and drugs. The hike becomes a freeing shift from the doubts and remorse that held her hostage to  face what it means to forgive herself and be forgiven.

A great credit to the film's vulnerability is Reese Witherspoon and Laura Dern, both who deliver honest and gritty performances as Strayed, and her mother Bobby, respectively. The former portrays her protagonist over a variety of ages from teenager to young adult, all with an intense range of adolescent annoyance, emotional despair, and finally, liberation. Witherspoon's performance is nothing short of refreshing and layered after a few years of her work seesawing between critically praised and scorned. The latter is only scattered in the film primarily in Strayed's flashbacks, but magically conveys a mother's affirming love in her daughter and utmost faith in the world despite the battles she's faced. Not a scene shared between them or filmed separately goes unwasted. Both I dare say are more than worthy of the 2015 Oscar nominations they nabbed.

Quite literally living out in the middle of nowhere, I'm still plagued by the sound of the rest of the world, and sometimes even worse, my own mind. My most freeing moments is when I can silence it all by surrounding myself in nature. Ambitiously, Strayed is in search of, not a happy ending, but a better ending for herself and the one her mother always hoped for. Refreshingly, it's a wake-up call to those who plague themselves with doubts or regrets.  I don't think anyone should go entirely unprepared to hike the coast without training or knowledge of the great outdoors, or that everyone reaches whole peacefulness from a hike, but the story - both the book and the movie - prompts us to ask if could we find ourselves away from the invasive outside world. What if we gave ourselves the opportunity or an adventure to seek what might bother us underneath the surface and let it be?

One of the greatest joys in Wild is that it is decidedly un-Hollywood for a female protagonist to exert so much effort in liberating herself - from essentially - herself, and to do so because of the struggle of losing someone maternal rather than a romantic interest. The intention of Strayed's hike has nothing to do with the Hollywood fare we normally witness in a female character tangled up in romantic interests, materialism, and the outside world. It's not exactly the kind of movie that might attract a lot of attention or praise; a character sorting herself out in the middle of nowhere. But watching a character's candid heartbreak becomes an intensely rich and cathartic drama. A whole relationship between Strayed, herself, her mother, and the ghosts of her past develops, crumbles, and reaffirms itself in a few short hours (for the real Cheryl Strayed almost 100 days) - but it's the emotional and cinematic journey that will rest with me forever. 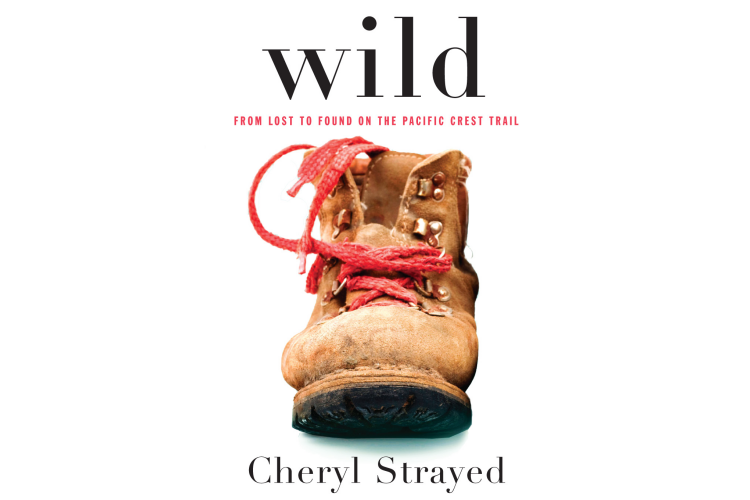