Solo: A Star Wars Story (2018) Might Just Be The Best Spin-Off in the Galaxy So Far 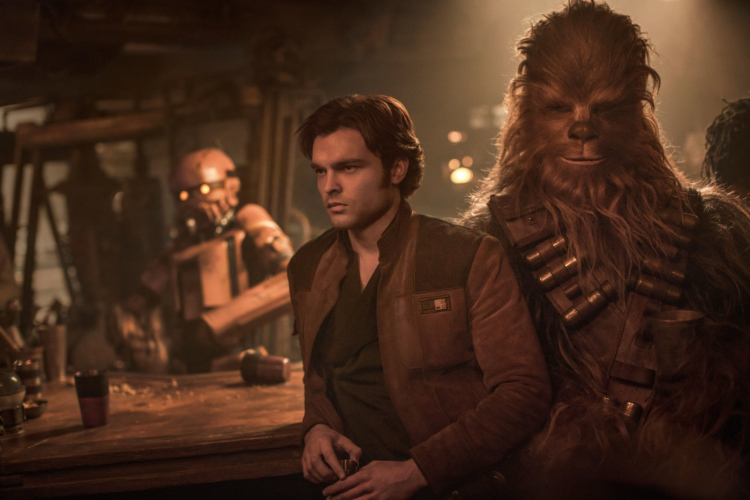 Some movies just have really bad luck. One wouldn't think that this would be the case for Star Wars, but since its Disneyfied resurgence in 2015 the beloved phenomenon has had its ups and downs. The highs have been relatively good enough to give the movies a new life, while the lows of critically-panned sequels and spin-offs are enough to put a kink in the franchise's hype. Overshadowed by high expectations and franchise-overexposure, Solo: A Star Wars Story has the unfortunate disadvantage of landing right in the middle.

Set before the original Star Wars films, young Solo (Alden Ehrenreich) joins forces with a group of smugglers in order to make good on a deal that went sour. Along the way, he reconciles with a partner-in-crime he thought he'd lost for good, gains enemies, and makes new friends as he aims to become the best pilot in the galaxy.