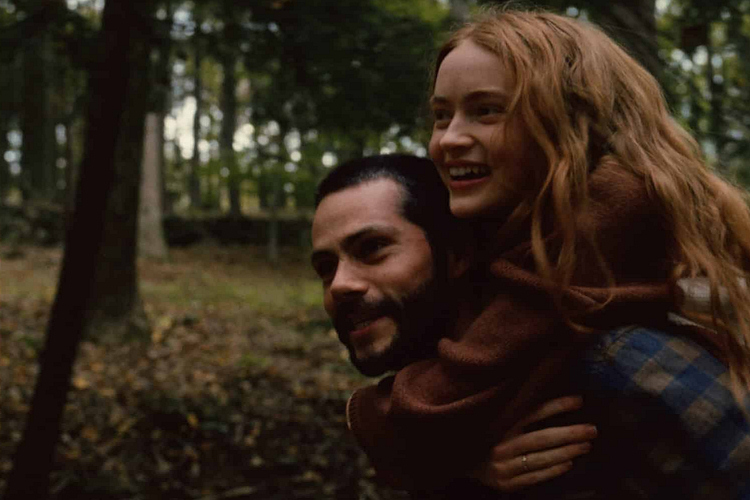 All Too Well could be considered 'the song' for Taylor Swift's fanbase. It's tough, but not impossible, to find fans who voice an opinion for it above okay. If they do, they're certainly outdone by the legions who have been singing, nay screaming, the lyrics back to Swift for the past ten years. With Taylor working on the re-releases of her past albums, there are expectations of more songs from her vault to come. But none have accomplished the hype for one of her most popular ballads. It's this special  reverence - about a seemingly casual break-up that provokes cruel and painful memories - that has had fans begging Taylor to release an extended ten minute version, and now she's finally delivered.

As a certified Swiftie, All Too Well is one of my favorites of hers. It's not my most beloved song, but it's cathartic to listen to, to shout-sing when I'm left reeling by the world or a person in my life. And though I follow along with fun updates and crazy-ass theories with the fandom, I can't say for sure I ever wanted the extended version. It'd be fun to listen to, sure, but I mostly wandered if it would add anything new. It'll be blasphemy to say - in comparison to the rest of the internet - but Taylor's Version of All Too Well was reasonably good enough on a first listen. The added imagery heightened the lyrics and will also simply take some getting used - since like so many, I know the original track forwards and backwards, sideways and diagonal. I love the addition of several new lines and metaphors here and there, but I was still left wondering what was new that added to the song that made my emotions echo everyone else the second this version dropped online.

And, that answer really came with the short film starring Sadie Sink and Dylan O'Brian.

"I walked through the door with you, the air was cold / But something 'bout it felt like home somehow / And I left my scarf there at your sister's house / And you've still got it in your drawer, even now /" as well as "Autumn leaves falling down like pieces into place / And I can picture it after all these days" sets the stage - a familiarity of a new relationship starting, a blossoming of love when Mother Nature is going into hibernation, the adventurous innocence and hope of something to live for. Swift starts by taking the audience upstate, exuding the long road ahead of ups and downs. On the surface it seems like nothing can go wrong; surely, this will have an happy ending. As we lean into the 2 minute mark, things divert into a horror movie. Bright dispositions are laced with passive-aggression. Sink might be wrapped O'Brian's arms but the embraces are practically empty. Passion seems to boil with the slightest sign of affection, but withdrawing it all leaves her dead in her tracks and questioning everything.

Instead of moving the film's settings along at the same pace of the song, Swift cleverly avoids making this another music video. It's simultaneously a vignette of memories but also a story that's progressively moving forward. For the first two acts, she focuses more on the relationship between herself and Jake-Gyllenhaal-Or-Not-Jake. There's no real need for the lyrics to line up exactly with the imagery. Yet, at the video's most poignant moments, she manages to do both without feeling too forced or rushed. She's not strictly going by her own words to tell the story to build up the bridge, but at the same time she is.

As director and writer of the song she wrote about her life, it could be easy to take that personalization a little too far - to not see the forest from the trees. The best places where Swift casts distance between herself and the story is the casting. Sink creates the balance of being a young girl becoming increasingly aware of how broken and twisted this relationship is; she's not a blank canvas but she's not an impersonation of Swift either. And, O'Brien, I hate to say it, immediately captures the essence of a douchebag with his anger-driven expressions in the eyes practically casting aspersions towards her, the mocking apologies, and white-man-hipster bruised ego. They hold down the story where Swift's attention to detail is both a strength and a hindrance.

For the back-half of the song, however, Swift struggles to keep up her own pace. Most of the 'script' navigates her lyrics without being too on the nose. But, her inclination to spell out what's happening on screen can be distracting. Here, she uses title cards to mark the various beats she's already hitting naturally. On their own, they're just harmless title cards. But as the story wraps up between 'the breaking point, the reeling, the remembering', the newer verses (3 and 5 in particular) feel rushed. Taylor initially uses the song to show that this moment in her life is impossible to forget, yet proved that pain could be forged creatively and take on new meaning. She loosely shows the connection between the characters so they aren't screaming the meaning of the lyrics at us. As the new additions pivots to the "nameless" heartbreaker remembering the relationship, we're left to wonder why he wouldn't just return the scarf and make amends. Does he recognize the heartbreak he caused too much to do anything about it after all this time, or still just to ignorant to be anything but an observer from the sidelines? Has too much time passed now to even try to make up for what was lost? The ending doesn't focus on vague imagery anymore, but it's trying to squeeze in both narratives that the film doesn't have enough room for.

Swift can be and is recognized for having a reputation of extremes - taking what the critics say and proving them wrong; reaching unexpected places with every new album or era; hinting countless easter eggs that fans sort through and predict her next move. Not many artists would probably consider dropping a whole short film for an old-new song, but Taylor does. While I'm a huge fan but not always on the same page of extremes the fandom goes to, or Swift herself, I think she did a good job here with creating a short film that puts into context the extent of the pain of All Too Well  emanates- especially for those like me who might not automatically relate to the extended version or understand its vision.

Swift's film directorial debut is a gift for the fans, but where Swift saves face is not by crowding it with so many easter eggs that it's alienating to non-fans. Swifties can still watch this and pick it apart, or pass it onto non-fans to say 'hey check this out' without needing an advanced degree in her career or the song itself. It can be the new starter park to becoming a Swiftie or another familiar tune in a long list of familiar tunes by her. This, in itself, will make the song an even grander masterpiece to be remembered all too well.